Angela has somehow managed to get pretty far up the Politics career ladder, through no intervention on my part. She’s high enough now that she has to hold the occasional campaign finance party in order to advance.

The idea with these parties is, you invite over a bunch of people, and the more fun they have, the more money they donate to your campaign. If only you got to KEEP the money, I might get more excited about them!

Maybe Angela feels the same way, because she didn’t bother to change out of her jammies. The party was a flop, but she managed to raise §9,631!

Somehow I had missed her birthday warning pop-up message. That night she awoke from a sound sleep, hopped out of bed, and grew into an old lady. 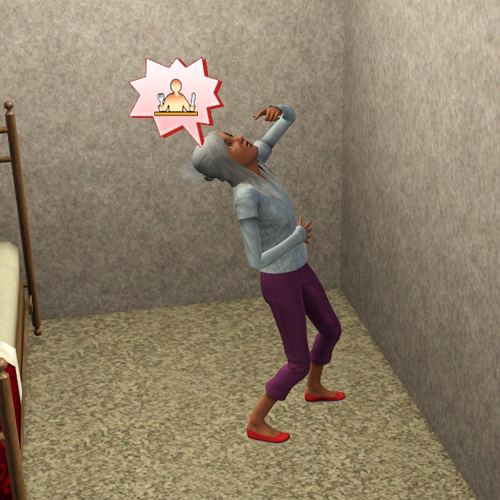 Meanwhile, Hera had a Wish to “Flirt with Windy.” Problem being: she doesn’t know a Windy, and I couldn’t find one for her. According to the teeny tiny thumbnail picture in her Wish box, Windy is elderly and has tiny dreadlocks. Should be easy enough to spot.

I sent Hera over to the house next door, thinking perhaps she had spotted a neighbor and fallen in love.

After introducing herself, the neighbors went back to gossiping with each other. Hera fixed herself a drink, even though it was only 8AM. 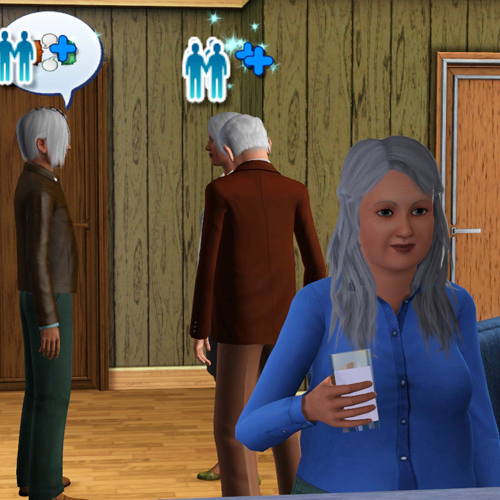 Then I sent her downtown to wander around looking for a Windy. I got bored, so I had her perform an experiment on the bench outside the grocery store. 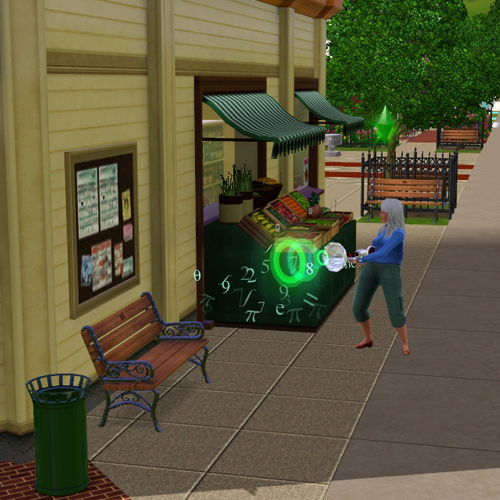 Now it makes a terrible noise at random. Ha!

While she was out there looking for Windy, she ran into the ghost of Tyler Spline, the founder of the family. 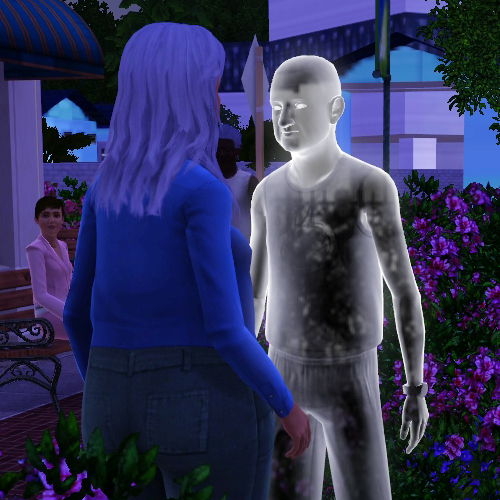 I wish I could figure out a way to get Tyler back into the family and sire a baby and stuff! I mean, without it being incest. (Sure I could go to Edit Town and just move him into the house, but where’s the fun in that?)

If you have an idea how this could be done, let me know! 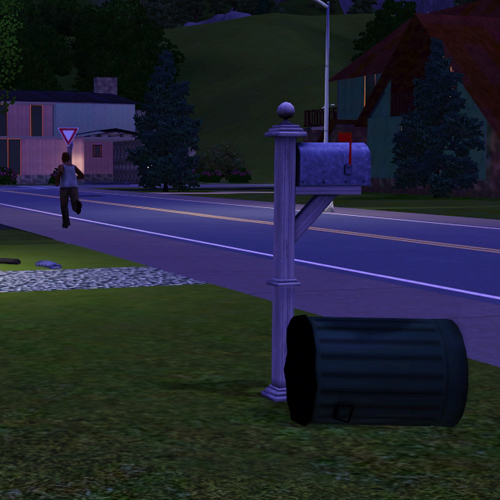 This guy had such a bad time at Angela’s campaign fundraiser that he kicked over their trash can and ran away.