When they aren’t working at anything useful, I make all the Splines paint. 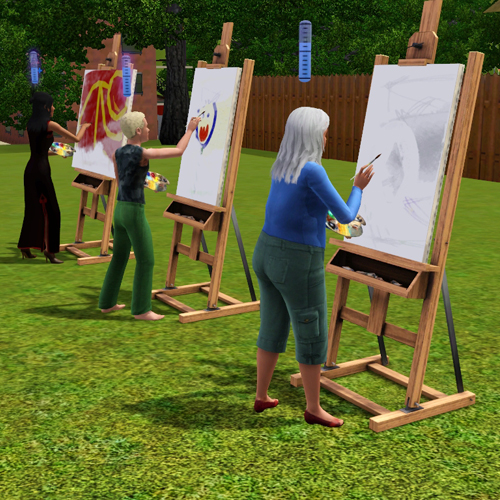 A rare triple-painting session! They only have about §18,000 in cash now. I sent Parker out to become a partner at Sacred Spleen Memorial Hospital, which costs §30,000. Every Monday, the hospital pays out §6,000. So after five weeks, it will be pure profit.

The problem with this plan is that it makes it harder to count their finances. I really just want to see a seven-figure sum on their Household Funds bar.

Buying a lot of property is a better move in the long run, but it kills me to give up such a huge chunk of cash like that.

Anyway! Parker went fishing at the fishing hole near the old Spline house. To his surprise, someone was already fishing there. 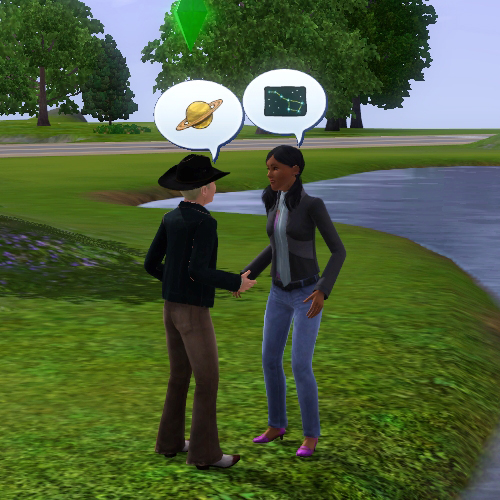 He seemed to be smitten, but it was hard to say for sure. She’s an Adult, so the game won’t allow any Romantic interactions between them. Eventually she had to leave, and Parker got down to business. 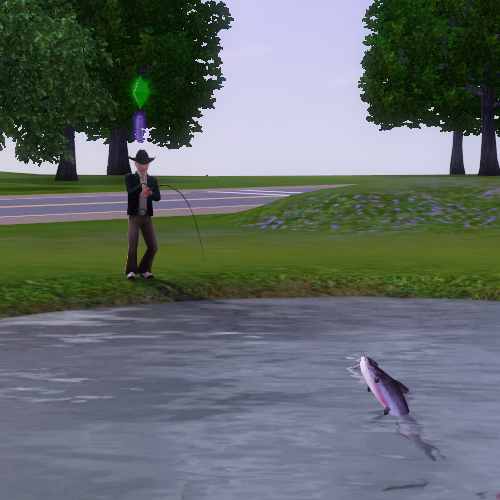 After fishing for a while, he really had to go to the bathroom. So I sent him across the street to knock on the door of the old Splines house. 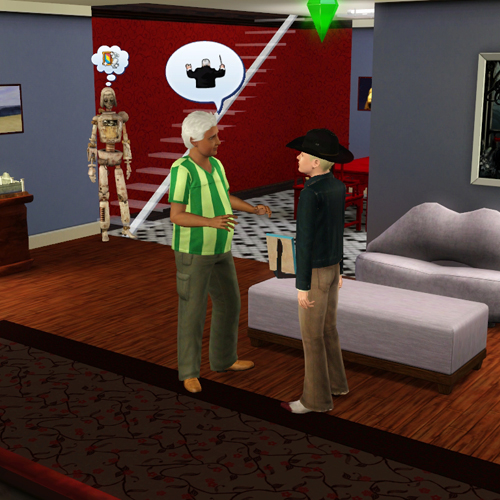 I felt surprisingly homesick, seeing the house again after so long! 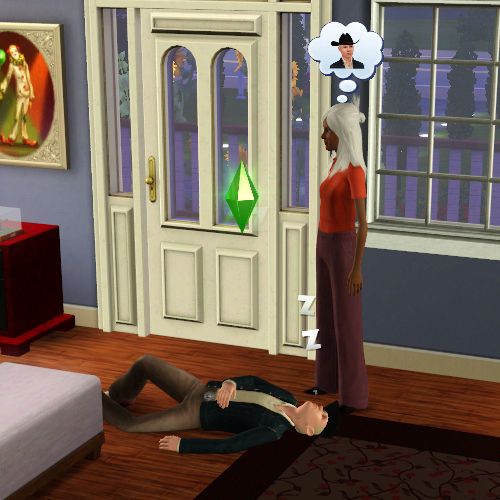 … And I decided it was time for Parker to go home. Back to his sad, drab little bunker! 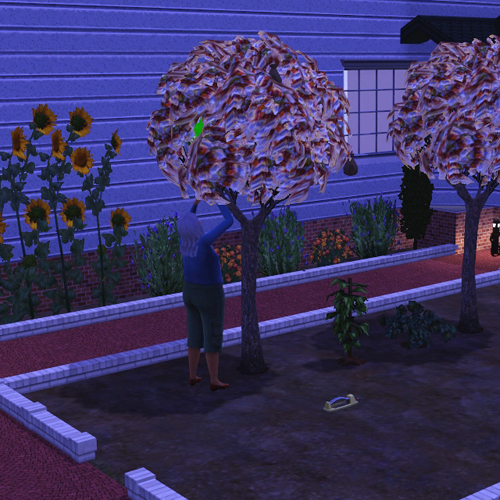 But first, I sent Hera over to pick all the cash from their Money Tree! Tee hee!