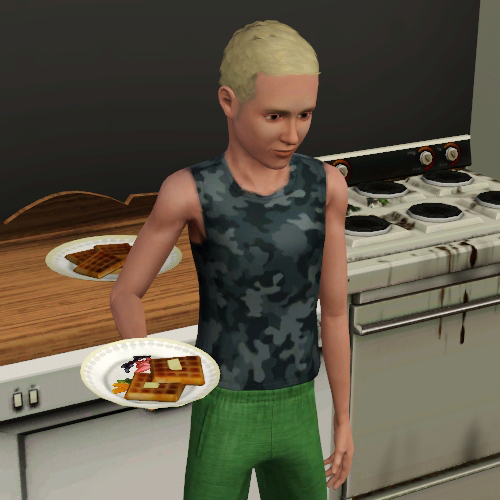 Those waffles are the first thing he ever cooked all by himself. Good job! They look delish!

After school the next day, Parker’s classmate Jeannie Etheridge invited him over to her house.

Swanky digs! But all Parker could think to do was talk about the park. 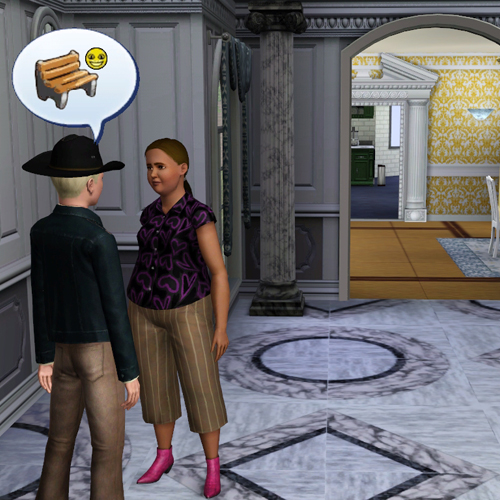 Then he sat down at her family’s dining room table and did his homework. 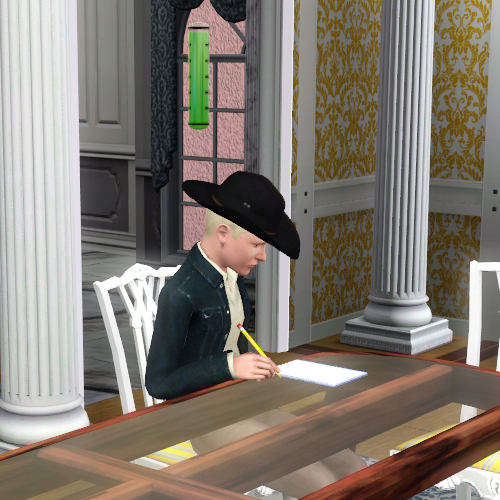 Eventually it started getting late, and he grew tired. So he took a nap out by their pool. 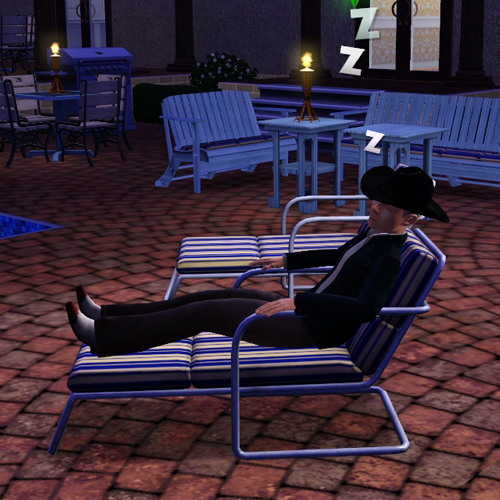 The next day, he played a very awkward game of catch with Angela. 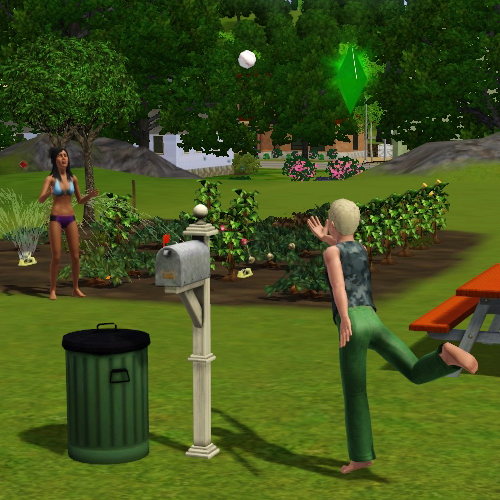 Geez, kid, we gotta get you to some exercise classes or something! 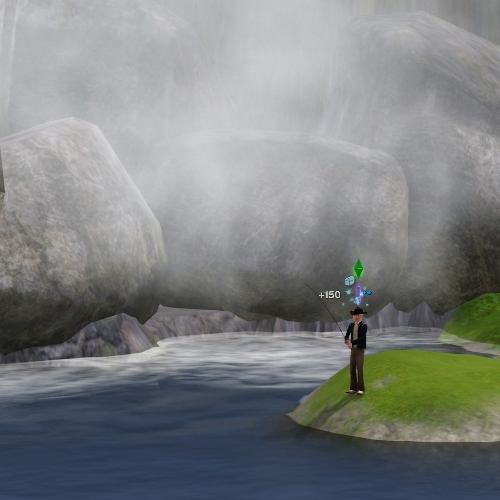 But when he’s fishing, Parker is really in his element.