In response to overwhelming support for Tom in the comments, I tried getting Hera some of that action. 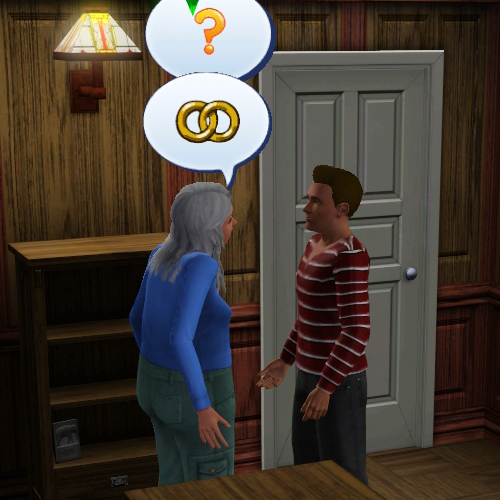 Turns out Tom is married – and to a dude. That’s a tough nut to crack, if you’ll forgive the expression.

Even though Sims have a flexible sexuality, I’ve found that it’s hard to work up a romantic relationship with a married Sim, and that an NPC Sim who’s gone so far as to have a same-sex marriage is practically unassailable. Short of basically kidnapping them and hitting on them 24/7 in some kind of nightmarish gender preference torture camp.

I’m a Sim-sadist, but even I have my limits.

So she left Tom to his own devices and went for a swim with Gerald. And nobody died! It was weird. 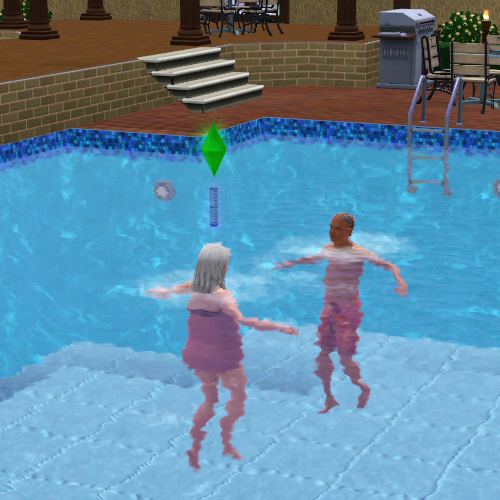 After their swim, Hera tried putting the moves on Gerald. He wasn’t too receptive at first. 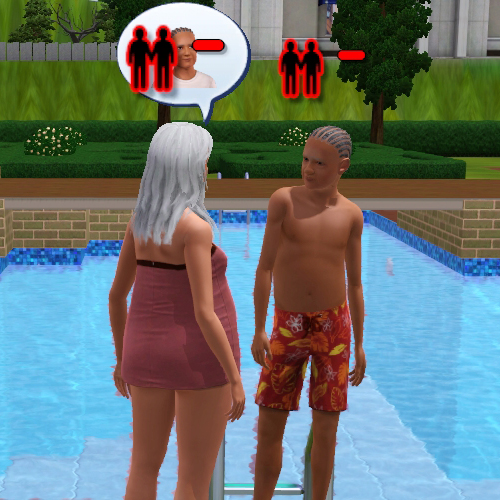 But eventually she wore him down convinced him! 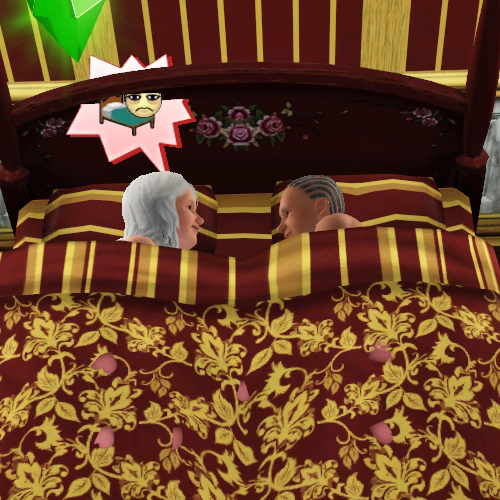 Elder WooHoo, awww yeah. (Look how tired she is! Ha! I shouldn’t laugh, because I’m no spring chicken, myself.)

Meanwhile, back at home, Tyler ignored a plate of hot dogs on the grill and set the place on fire. SIGH. 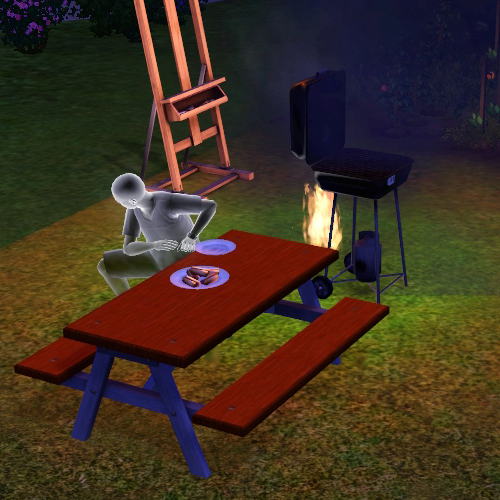 I love how everyone’s all “FIRE! FIRE! OHMAGAWDPANIC!” Except for Hera in the foreground, who’s like “Wah, I wanted a hot dog and now they’re ruined!” 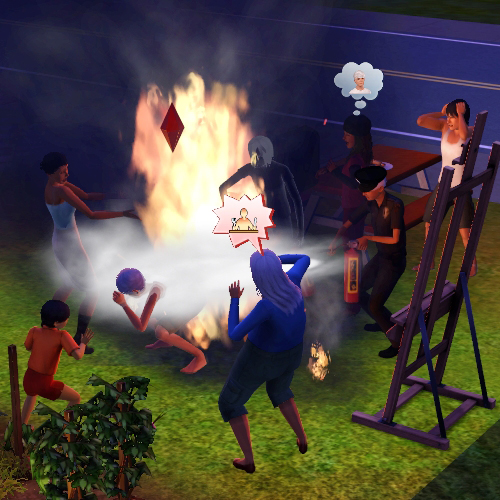 By this time, I had about had it with this household. When no one died in the fire, I kicked out Parker and Anya.

And of all the weird things, waa know who showed up on the panel when I moved them out? Little Riley, a.k.a. The Deleted One!