This household is crowded enough as it is with six Splines and all their wants and needs and complaints. So I decided to hold off on adding Ana until I could free up some room.

First, at Doodledog’s suggestion, I went looking for January, the girl Parker had a crush on ages ago. 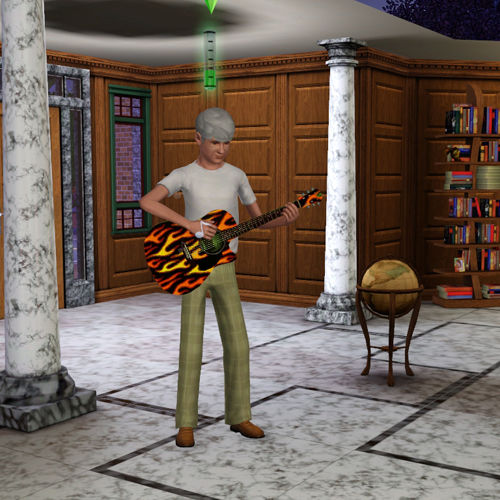 I actually have a feeling like I remember the game giving me a message that she had died. Regardless, we didn’t find her. (If only there was some way you could look up townspeople! Is a phone book too much to ask for?)

Then I spied a party in progress at some random house. So I sent Parker to crash it. 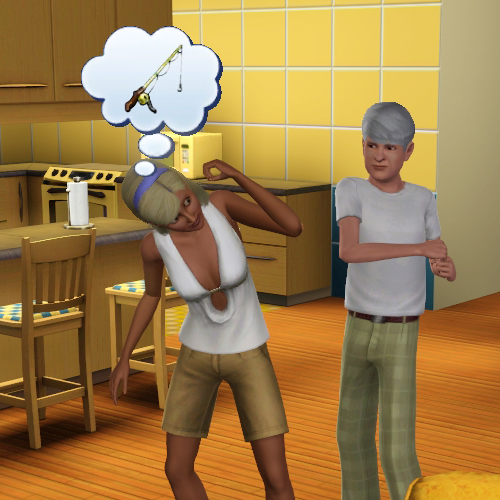 Ha! She kicked him out.

The next day I decided to start on Hera again. I sent her to another fancy house in town, the Etheridge house in the stirrup neighborhood. 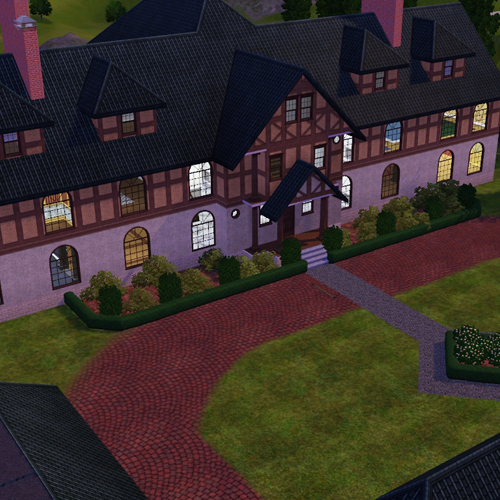 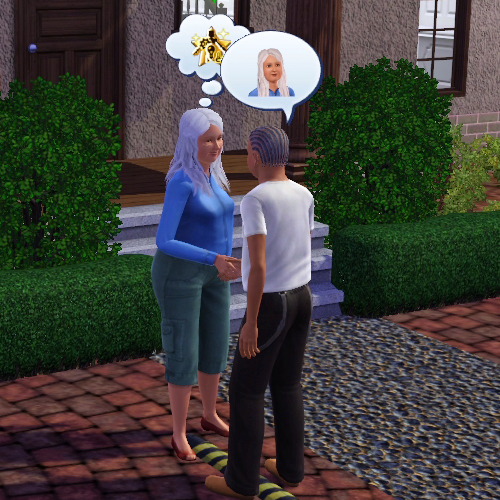 She also met Tom Etheridge, in the red striped shirt. I’m not sure why we have two people with different last names living in the same house, and they’re both single. But I am sure that if fuchsia was my favorite color, I wouldn’t go around telling that to strangers. 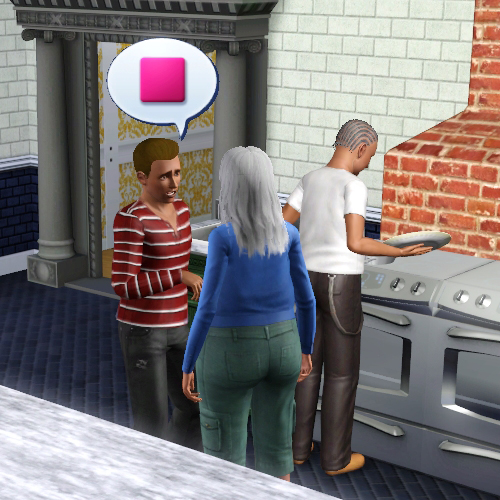 Meanwhile, back at home, I popped in on everyone and found them standing around having a nice conversation in the garden by the light of the Flame Fruit bushes. 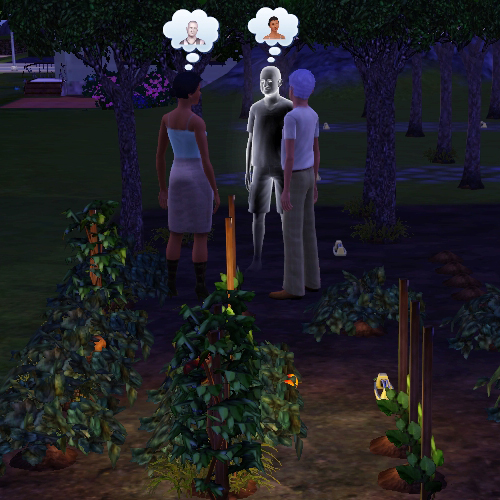 What a nice family moment! I felt rotten for wanting to split them all up.