After we hit §1 million, I took all the Death Flowers away from Hera. She had worked hard, and when it was her time to go, I felt she deserved the rest. Her time came tonight, in her sleep. 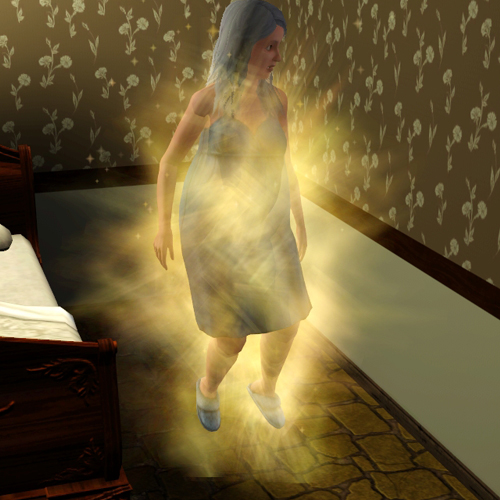 Instead of pleading for her life, she shook the Grim Reaper’s hand, as if to say “Fair’s fair.” 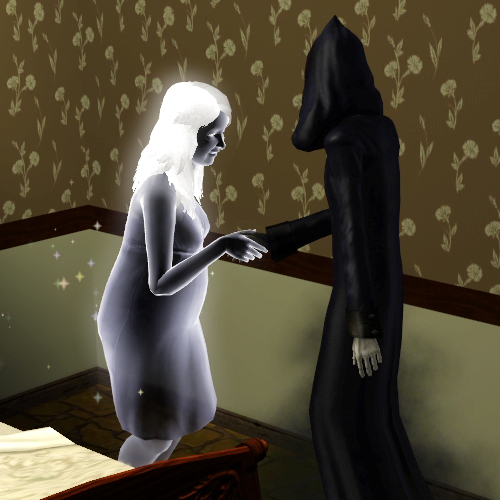 Her remaining family was devastated. I remodeled half of the living room into a dance floor to try and cheer them up. #5 seemed to like the strobe light, although he still looks pretty sad. 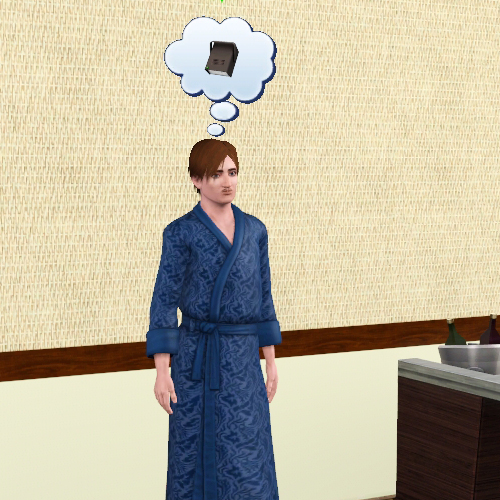 He was having so much trouble coping with the loss, I decided to hold a funeral party. It didn’t help. While everyone danced, #5 just cried and cried. 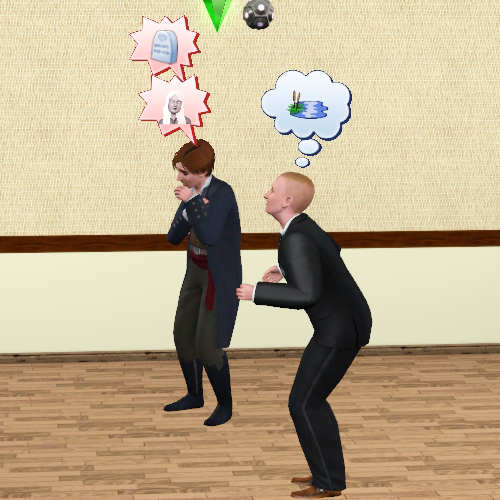 Even after I turned out the lights and turned on all the cool effects, he remained inconsolable. 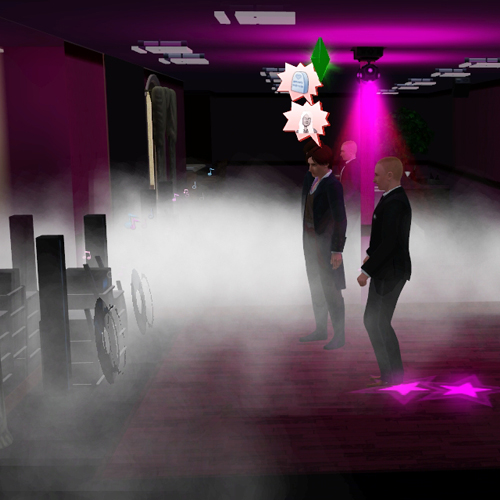 But hey, look who showed up! That kinda-Napoleon-looking vampire chick everyone noticed last time. (Tyler was impressed, but she clearly wasn’t.) 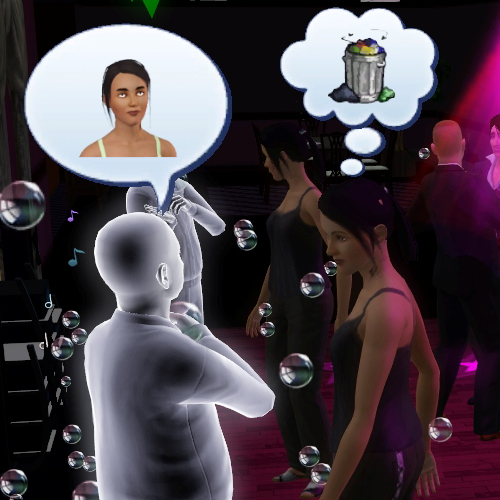 And look who else! It’s Riley! Poor, deleted Riley! 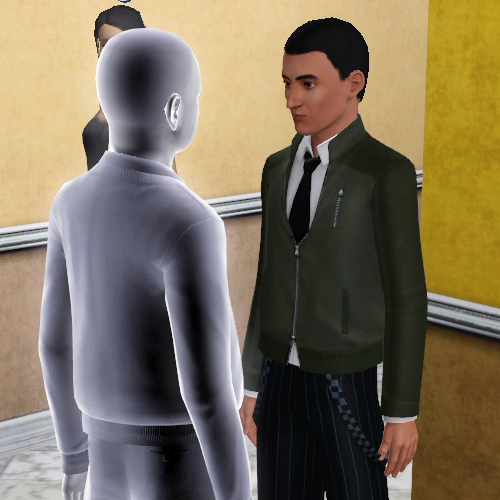 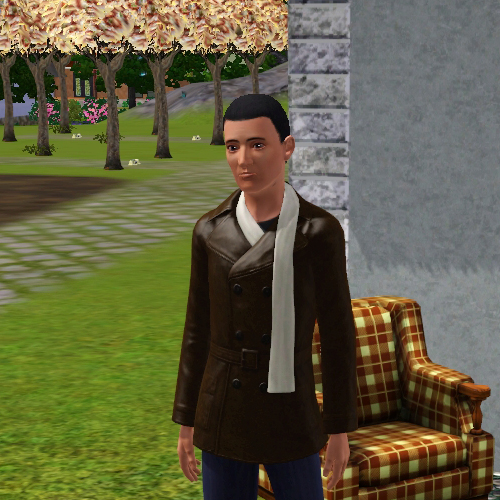 And merged him into the Spline household!