There was a lot of support for that Napoleon-looking vampire that #5 talked to last week. #5 is already kind of in a relationship, but I thought it might be nice to kick her to Riley.

(Incidentally, Riley is Disciplined, Good, Genius, Light Sleeper, and Athletic, with a Lifetime Wish to become the best martial artist.)

She ignored my repeated attempts to invite her over. Luckily, she soon invited #5 to a party. I had Riley go in his place. Why not! Who will notice! All these Splines look pretty much the same! 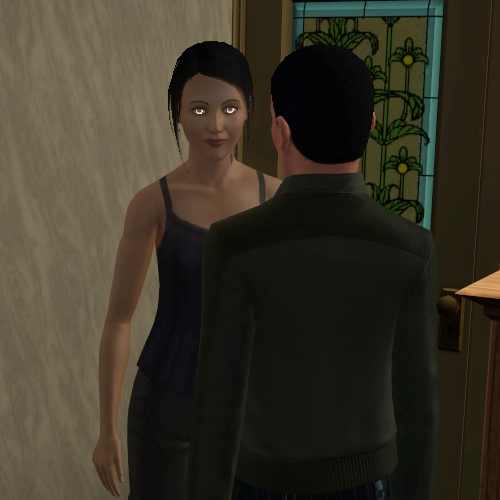 Vampires spend a lot of time looking directly at the camera. It’s quite… unsettling. 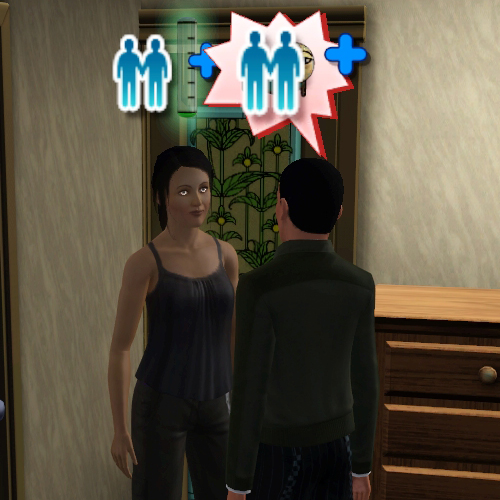 Sheena Kurtz is a two-star celebrity, so Riley had to impress her before she would talk to him. He was finally able to impress her, but as you can see, he was at the limits of exhaustion. After that, he had to run home. 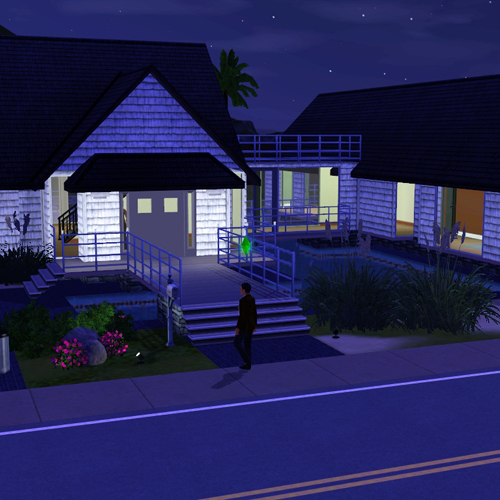 The next night, I sent him over to her house. As you can see, she lives in the swankiest place in town! (I feel like I own this place, with all the time I have spent staring dully at its back patio during the loading scene.) 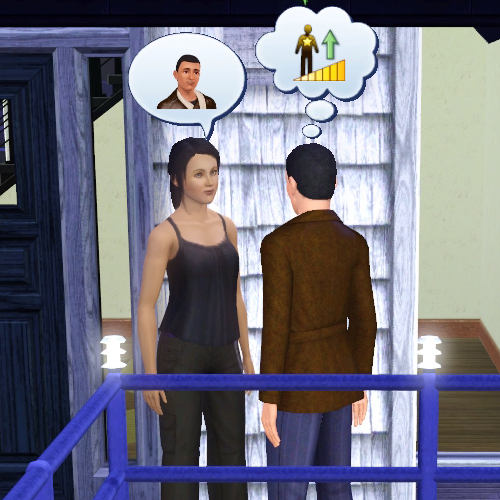 She was pretty annoyed that he had just turned up out of nowhere. But she let him in! 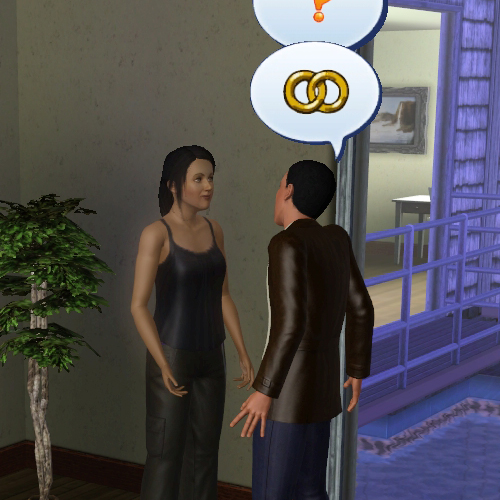 I love her expression! He’s asking if she is single, and she’s like, “Seriously?”

Anyway, the answer is no. No, she is not single. She has a significant other named Brandy. And immediately after she explained this to Riley, she went straight to bed. 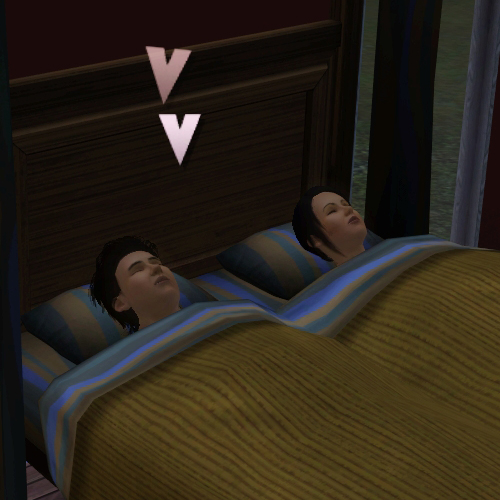 (I’ll be cagy with the pronouns because I assumed that Brandy was female, but then I thought that was a male hairstyle. So who knows.)