I have to admit, I had kind of lost track of #5’s situation with Krissy Roman, what with the death of Hera and all. So I was startled, when I switched over to him, to see the “Had Baby” positive moodlet from the birth of his son.

Naturally, I invited Krissy over to see how she was doing. They started making out (autonomously!) right inside the front door. 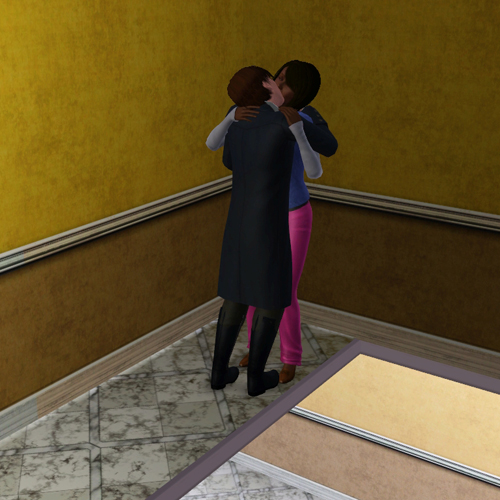 Those crazy kids! They can’t keep their hands off each other!

Also I learned that Krissy named their son Chin-Han. Chin-Han Roman: the first Spline to be born out of wedlock AND on another lot.

As long as Krissy was over, I decided to try and fulfill #5’s wish to “Woo Hoo in Hot Tub.” (You know – the one right in the middle of their front yard.) 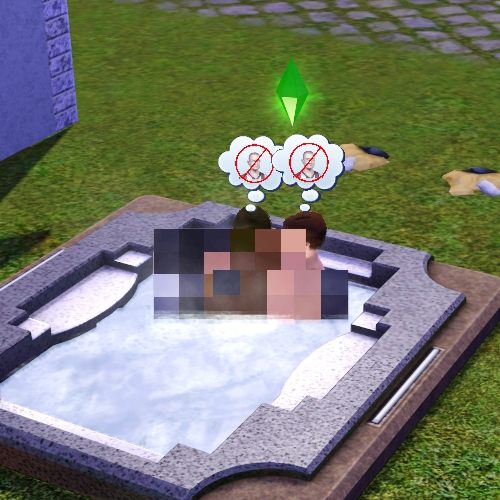 First they were interrupted by Tyler, who wandered upstairs to play in the sprinkler. 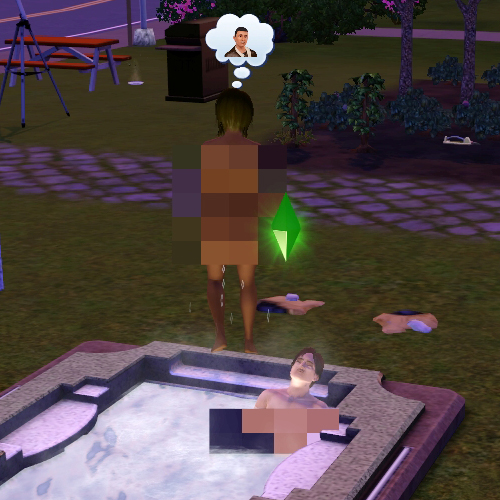 Then Riley wanted to chat with Krissy. 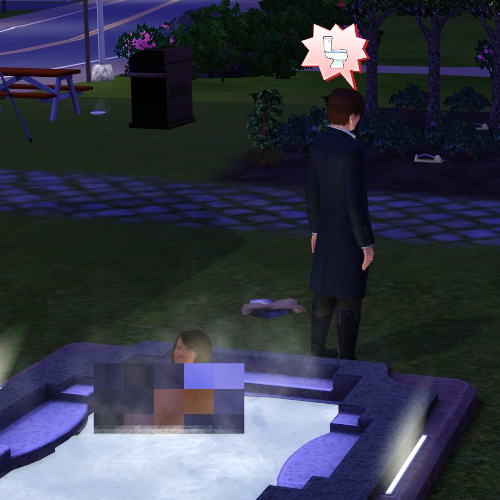 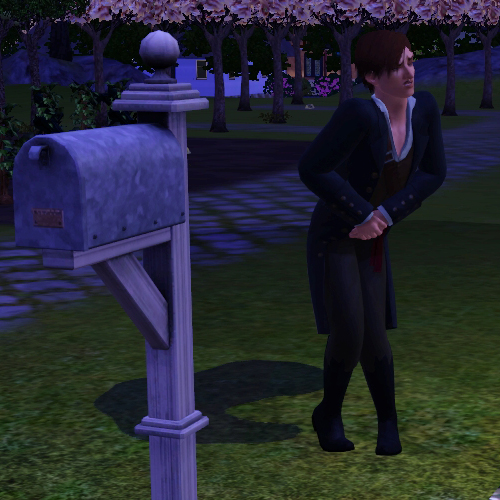 Whoops! He didn’t make it to the toilet. 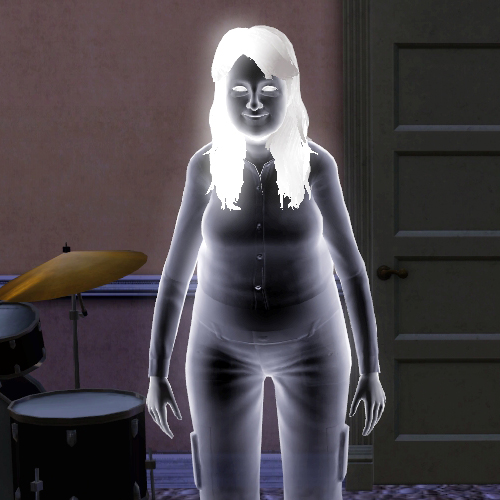 And with all these romantic hijinks going on, I had completely forgotten about Hera’s remains. So she returned to visit as a ghost, with a super-creepy smile.