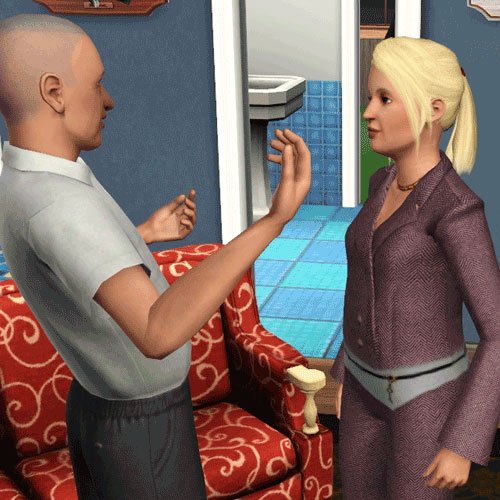 Old or not, Parker is handy around the house. He’s terrible at cooking, but he enjoys helping Kerri with her homework. 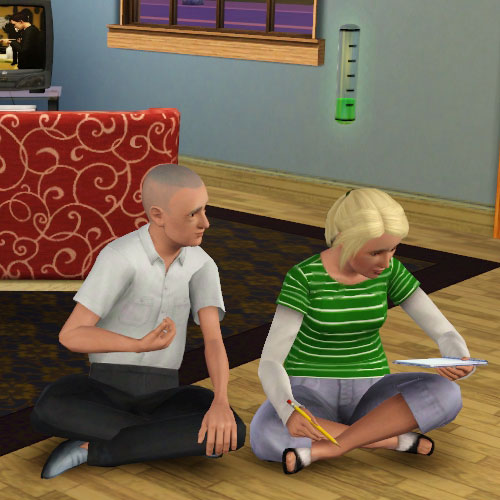 Shortly after the wedding, Napoleon began To Show. And man, is that a demonic look, or what? 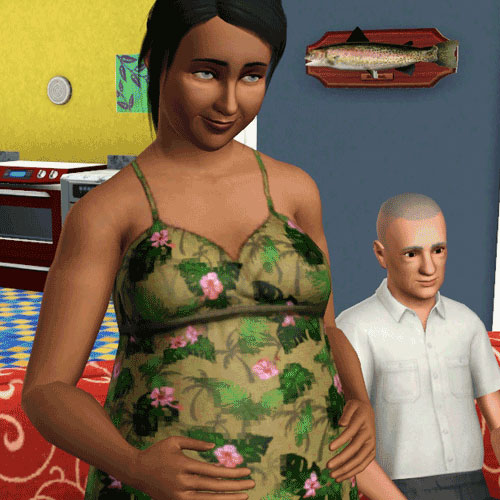 Incidentally, right after I took this screenshot, the game gave me a pop-up message. Parker’s ex-wife Alecia gave birth to a baby girl, Tessa. Those 94 year-old men can really get around!

Meanwhile, Ana is going strong. 106 days old, and she still gardens every day.

Since Ana is Evil, I thought she might like to explore the mausoleum. I was wrong. It was funny, though! 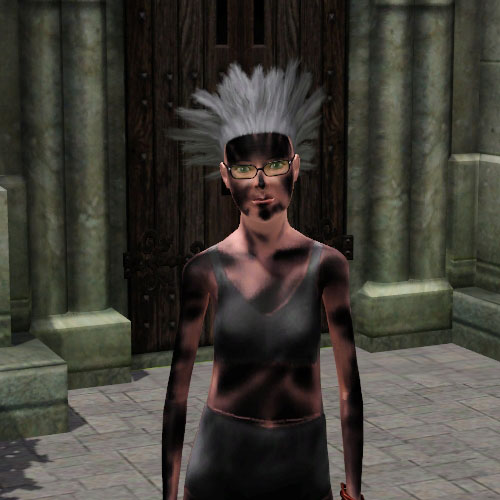 Napoleon went into labor as she and Kerri were swimming at the neighborhood pool. That’s right; her water broke in the pool. But hey, that’s what chlorine is for, right? 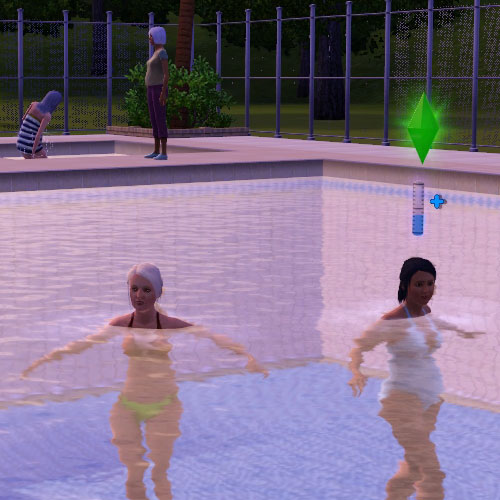 She and Kerri rushed to the hospital. Somehow Parker got there, too. They returned home with a baby girl. 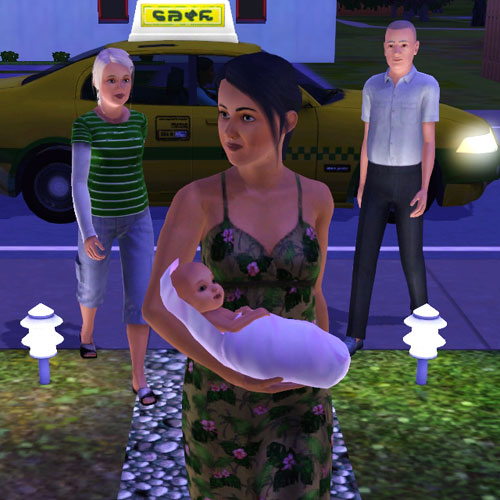 Using the same “stick my finger in the white pages” method as before, I have named her: Amber. The game let me choose her traits, so I picked Brave and Athletic.