Death came for Parker on his wedding night. 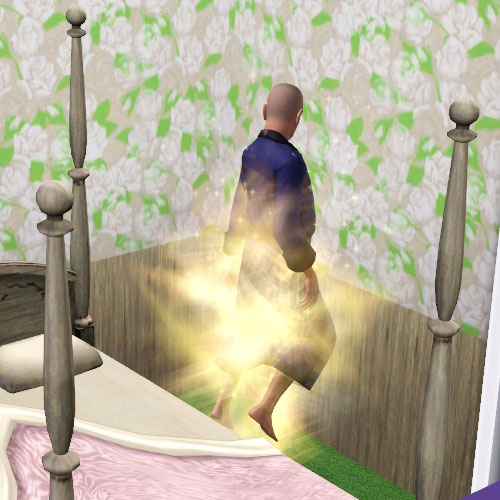 Parker turned into a ghost in the bedroom, then drifted outside to meet Death on the back porch. Parker begged to be allowed to live, but Death ignored him. This was a little… unsettling. 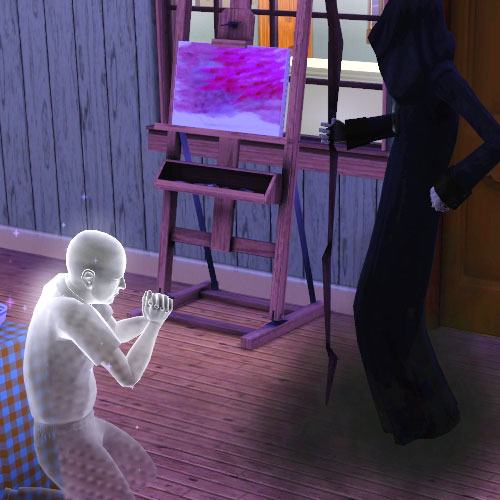 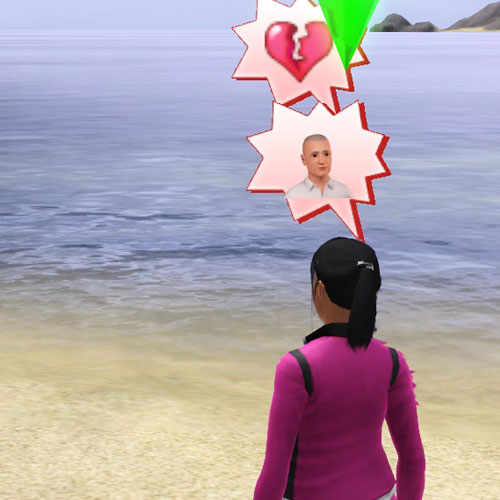 To my surprise, Ana was sad, too. She certainly never moped over Tyler’s death. (By the way, Ana is 112 days old now, so she should be following Parker soon…)

In the wee hours of the night, Amber grew into a toddler. No one noticed. Also a little unsettling. 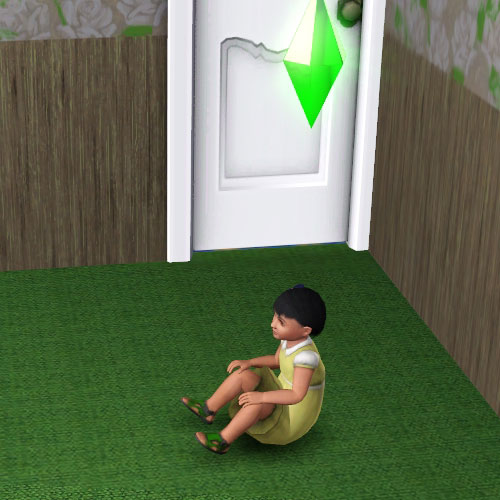 Although later that morning, Kerri spontaneously sat down with Amber and worked on teaching her to talk. 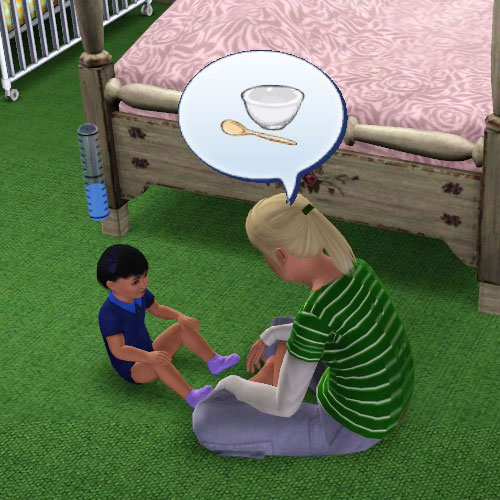 That afternoon, Kerri had a wish to go out on the town. Maybe she just wanted to get away from all the moping. She struck up a conversation with a nice young (and single!) man named Roman. 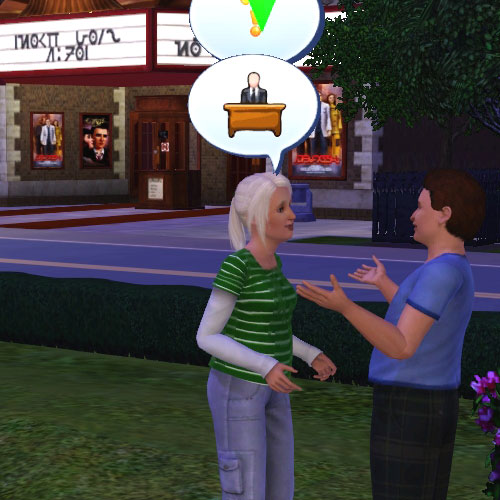 Their conversation was cut short by the nightly curfew. Kerri rushed home just in time to avoid being picked up by the police. 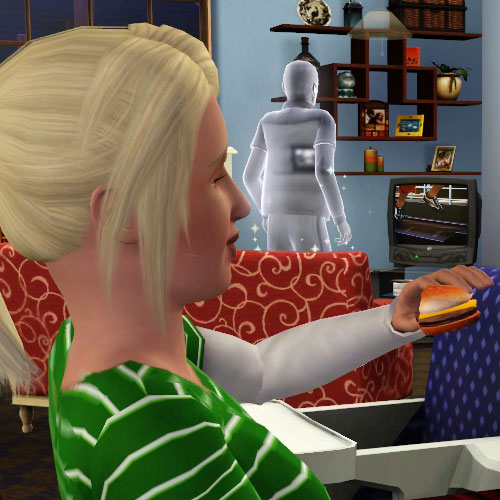 This made me laugh: Kerri eats dinner while the ghost of her grandfather Tyler works out in front of the television. Just another night in The Sims 3!