Argh, the thief! I’m glad he chose to steal the stove (which is replaceable) instead of Ana’s painting (which is not). I bought the house a burglar alarm as soon as he left. 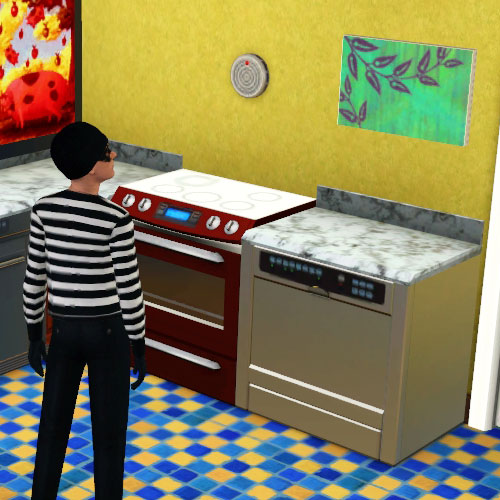 Napoleon invited Parker Langerak over for a visit. After about 10 romantic interactions, she had the option to ask Parker to dump his partner, Alecia. 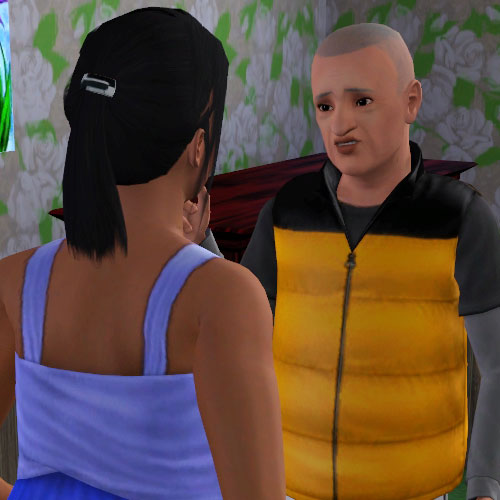 Parker looked like he had some doubts about this, but he did it. Score!

Next, Napoleon was able to ask him to “spend the night,” “go steady,” and finally to “get engaged.” 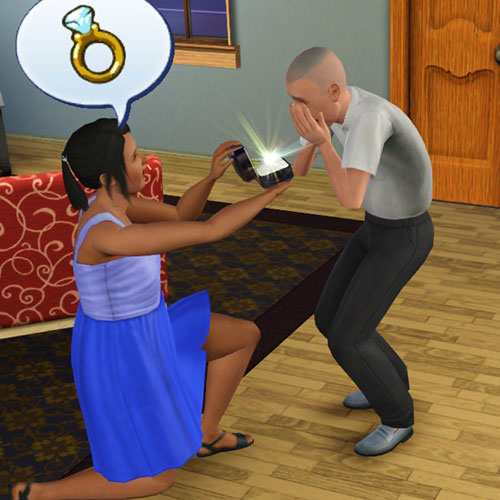 By the way, after all this romance, one thing led to another, and the next day Napoleon had a bout of sickness. In the morning. You know how it goes. (At least Parker Langerak’s second baby with Napoleon will be legitimate. Apologies to Kerri, but technically she’s a bastard child.) 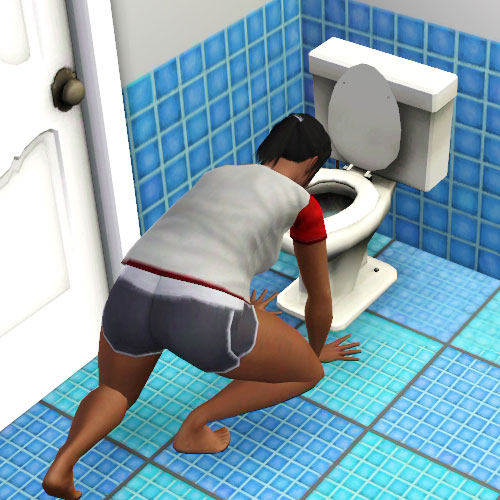 All that remained was to cement the deal, quick before Parker’s wandering eye wandered away from her and onto someone else. (Just ask Alecia!) I told Napoleon to throw a party, and made it a Wedding Party. A formal dress wedding party. Unfortunately, I hadn’t bothered to check Napoleon’s formal wear outfit. So she got married in her formal tank top and capri pants. Sigh.

We had invited over loads of people. Despite my efforts to draw them outside, everyone insisted on cramming into the living room. One guest broke the television. Another guest clogged the toilet. No one ate the food I set out for them on the patio. 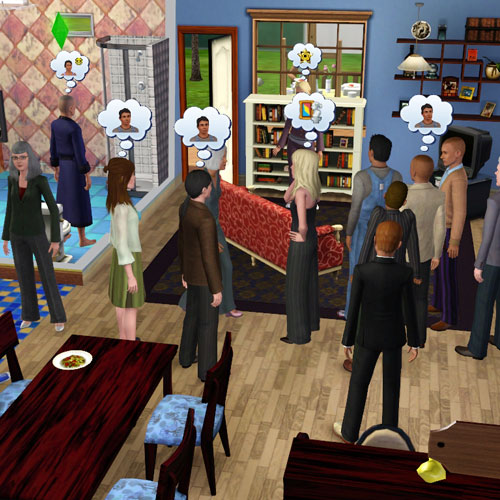 A pretty standard Sims party, all in all.

At the end, I clicked on Napoleon and had her Get Married to Parker. Thus, he is now Parker Spline. Congratulations to the happy couple! 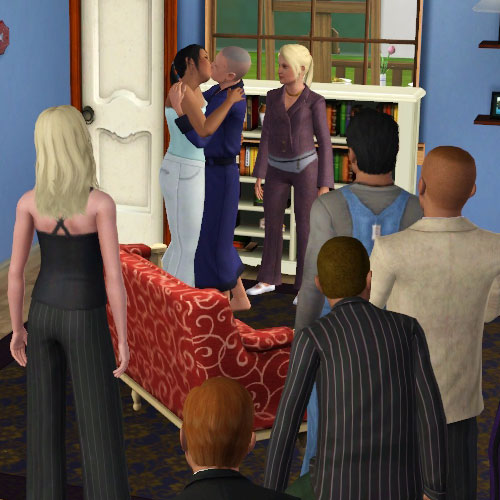 Once they were wed and Parker had assimilated into the active household, I eagerly checked out all of his stats. It turns out that Parker is a kleptomaniac (!) and also he is 94 days old (!!!). I’m hoping he’ll at least live long enough to see his new baby born.

Incidentally, Ana now has a wish to “become a grandmother.” Don’t tell Kerri – I’m pretty sure her feelings would be hurt!