Ana continues to paint after work. I found this latest effort to be… rather off-putting. 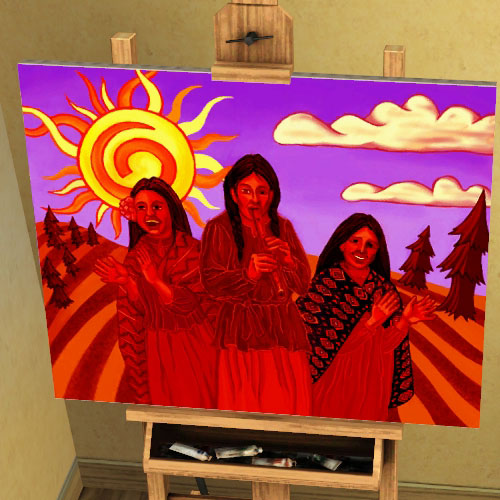 Later that night, Ana struck up a conversation with Napoleon. After a few minutes of talking, the action “Bored to Death” popped up in Napoleon’s queue. I held my breath, as I wasn’t sure how literally the game intended that phrase.

Luckily, it was more like “Bored To Nap On The Floor,” not to death.

As compensation for this harrowing event, I fulfilled one of Napoleon’s wishes by sending her out to fish before 6AM. 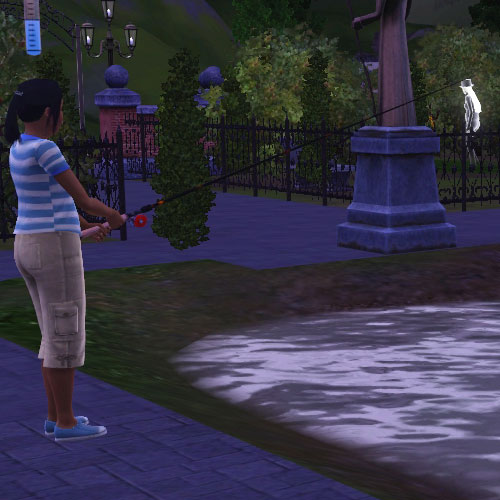 I sent her to the graveyard. I always send Sims to fish at the graveyard at night. It amuses me to watch them blithely fishing away while ghosts roam around chewing the scenery.

The next day, Napoleon brought a friend home from school. While Napoleon worked on her homework, Tyler entertained her friend with talk of really disgusting messes. 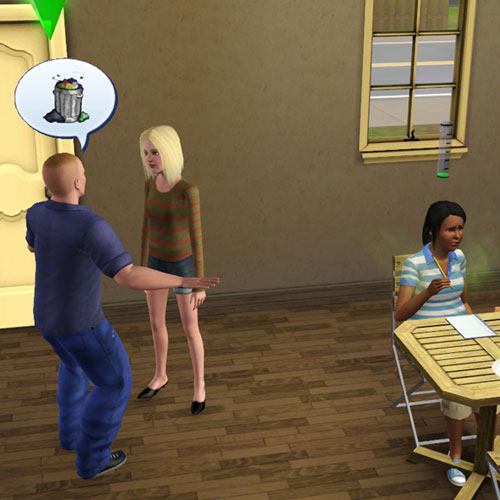 I’m not sure if Napoleon looks mortified because it’s been so long since she took a shower that the stink has become visible, or because her dad is holding a conversation with her new best friend. Considering that she’s a teenager, it could really be either. 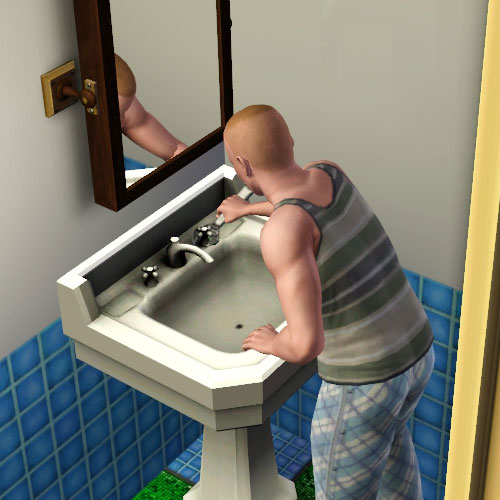 Tyler upgraded the bathroom sink to be self-cleaning. He’s attained Handiness Level 4 now, which means that he can also upgrade appliances and fixtures to be unbreakable. This is awesome, because their cheap fixtures break all the damn time. 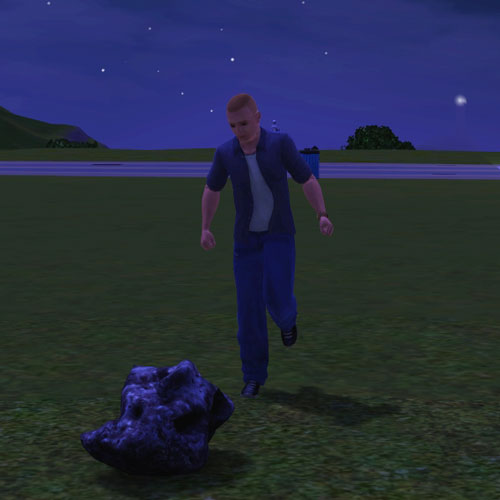 Later that night he got a wish to buy a telescope, so I bought one for him. As he was stargazing, he saw a meteor fall to ground. I had him track it down and collect it.

Even though he’s collected a lot of different rocks, he doesn’t seem to have any interest in the hobby. His backpack is full of uncut gemstones I’ve instructed him to pick up off the ground. Some day I’ll sell them all out of his inventory and buy him something nice.