I took Tyler’s meteor out of his backpack and set it on the living room floor, to see how big it really was. Some people have found meteors the sizes of couches! Tyler’s is not that big. 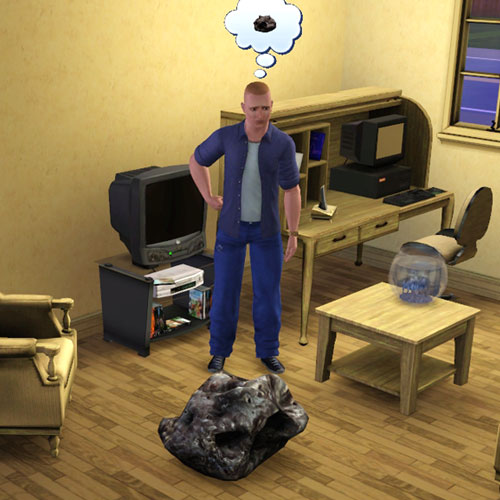 Here we also see a Sim’s penchant for stating the obvious. The friction between Ana and Napoleon continues. (I don’t remember the last time Ana and Tyler interacted. They lead separate lives, albeit in the same house.) 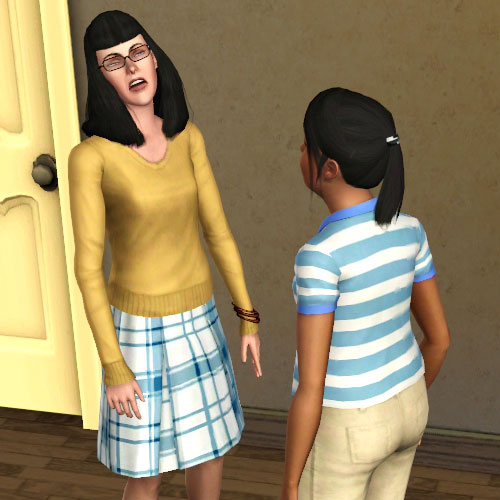 One benefit of the Politics career track is a really cute business outfit!

All three of them age up within 24 hours. Ana goes first. She looks horrified. 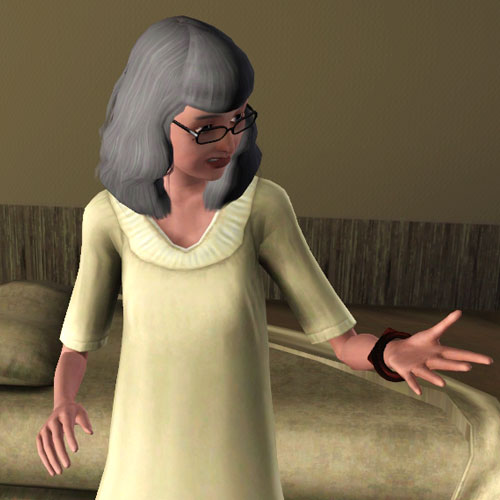 With old age, Ana has developed a superpower of boring the crap out of people. She uses the conversation option “Ramble Aimlessly” over and over again, with anyone who will hold still. 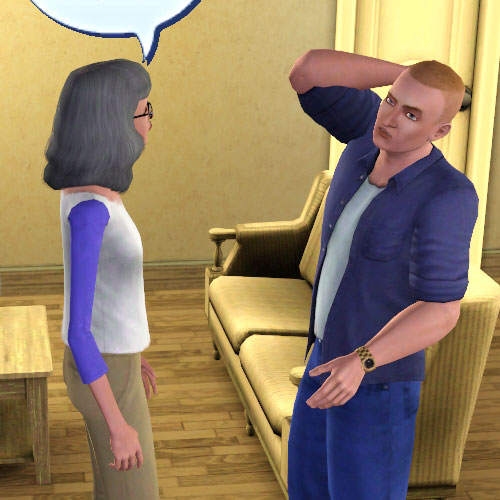 Tyler is next. He seems to think that old age is PRETTY AWESOME. 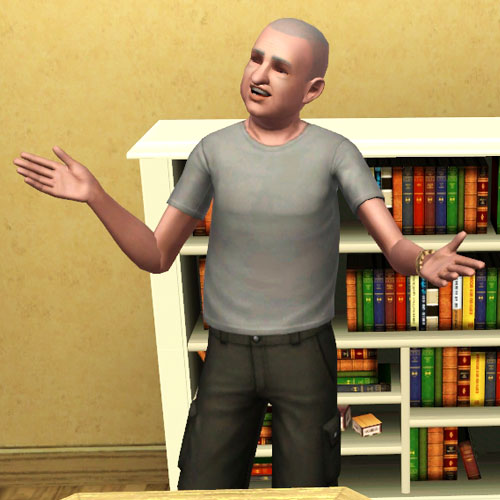 Napoleon is last, waking from a sound sleep to mature into a Young Adult in the middle of the night.

I love that sassy, no-nonsense pose! And how weird is it that she grew up into her mother’s t-shirt?