Now that Napoleon is a teen, Ana is giving her a lot more guff. Napoleon’s grades are slipping because every time she sits down to do her homework, her mother comes over and starts nagging her about something. 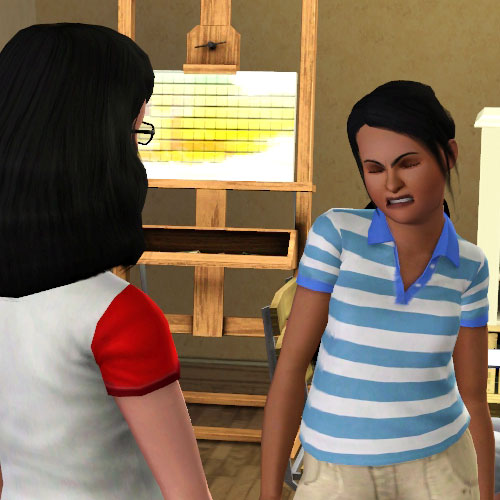 She’s been having a lot of wishes related to leaving the house. She wants to fish, to go jogging, to visit a park, to learn how to garden. I know it’s because one of her personality traits is “loves the outdoors,” but I can’t help but think it’s because she wants to escape Ana. 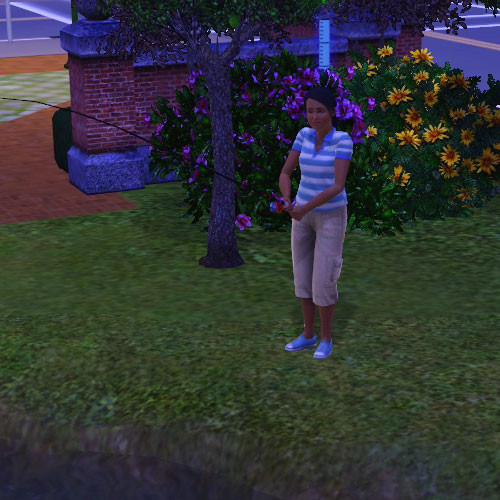 Meanwhile, Tyler has been on a fix-it craze. Their computer broke down, which made him sad, so I told him to repair it. 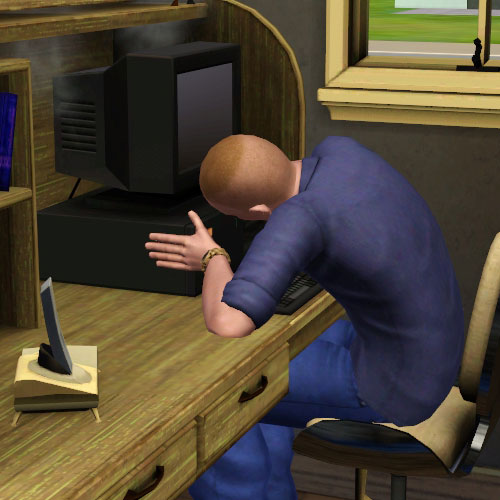 He also had a wish to “upgrade 5 appliances,” so I pointed him at the stove. Here, he’s upgrading it to be self-cleaning. 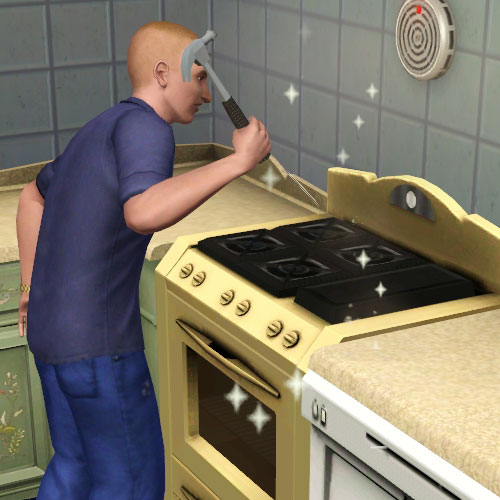 A process which involves a hammer, and also sparkles.