Napoleon grew into a teenager. 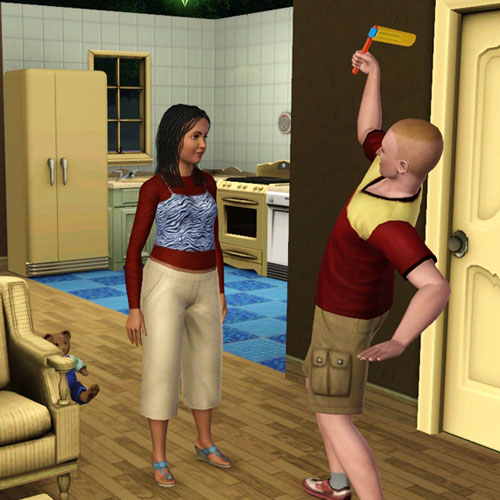 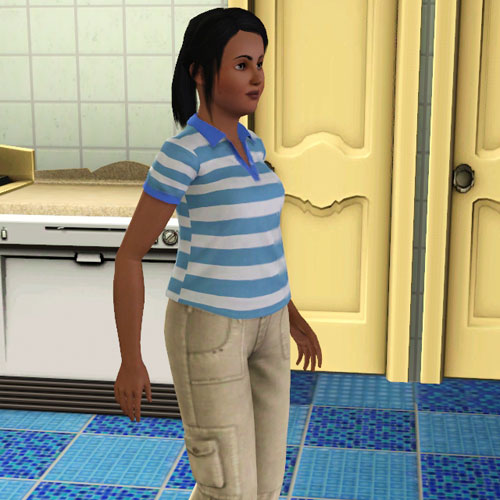 It’s not great, but it’s better than… that. The game ships with a narrow range of wardrobe and hair options. (There’s only one “black” hairstyle, and I didn’t like it on her. So I decided that she’s Hispanic.)

I took Melsa’s suggestion, had Tyler quit work to be a stay-at-home dad, and sent Ana off to a new career on the Politics track. Ana has been even crankier now that she has to work, although she only dishes it out at Tyler. 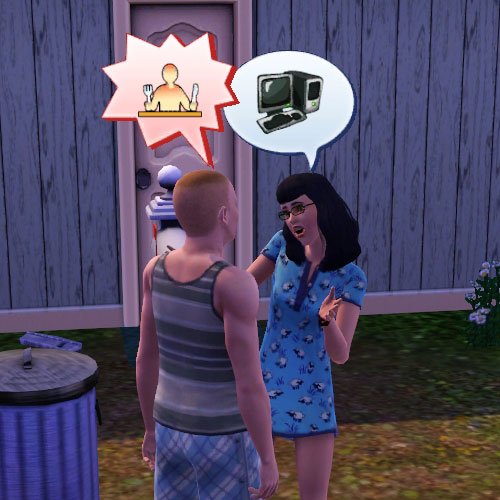 Allow me to editorialize:
Ana: Listen, we only have ONE COMPUTER and when I WANT TO USE IT, you need to GET OFF IT AND GO AWAY.
Tyler: Please, can I just have dinner? I’m so hungry!

With Ana out of the house and Napoleon at school, Tyler has time and freedom to pursue his new purpose in life: fishing.

He fishes at the ocean. 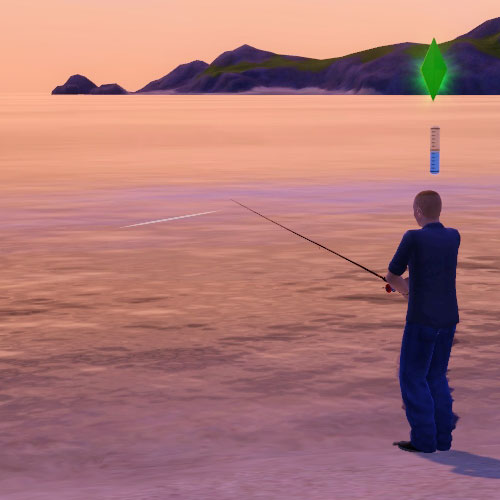 He fishes at the graveyard. 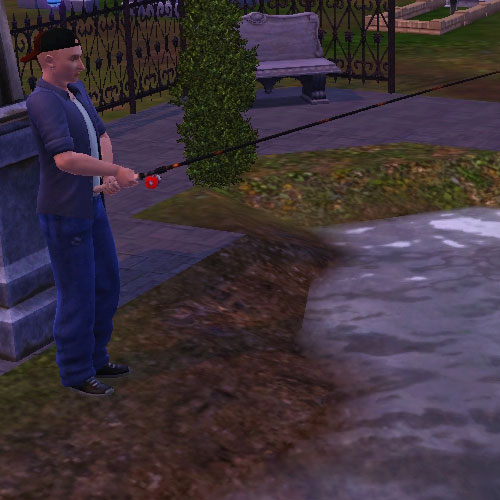 He fishes all night until dawn. 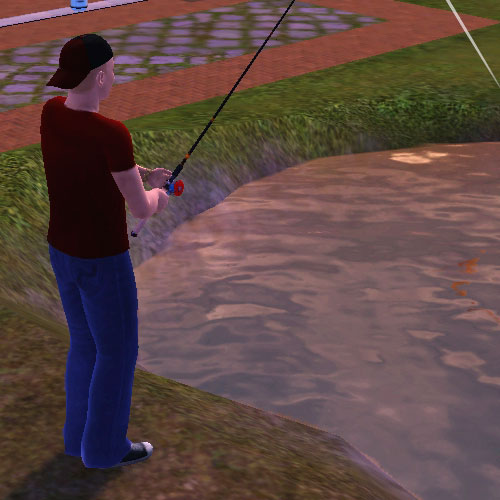 Fishing isn’t a social activity, but he and his daughter fish side-by-side. 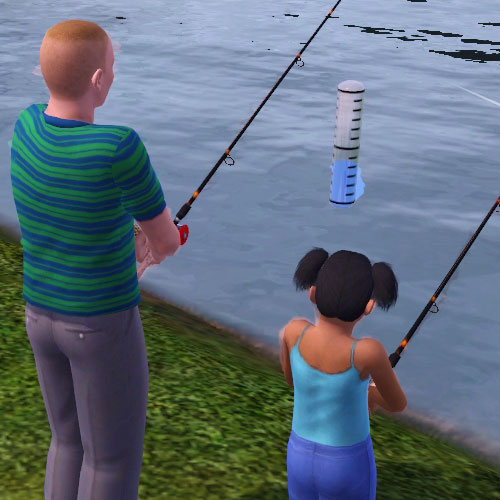 Napoleon was so successful as a child (largely through her own devices) that the game allowed me to pick a new trait for her. I thought back to the time she and her father spent fishing, and chose “Angler.” 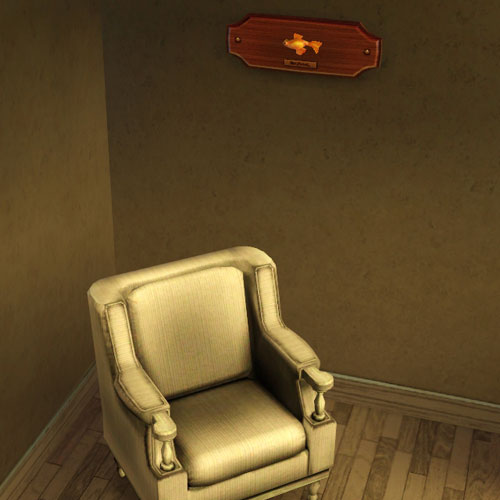 On her third fishing expedition, she caught a goldfish of grade: Perfect. We were so proud! I had her send it off to be mounted, so that it can hang in their living room forever.

When not fishing, Tyler has been working on his second novel (“Super Ninja Spy Technothriller 2: Exposition City” watch for it at your local book store!) and studying the Handiness skill. 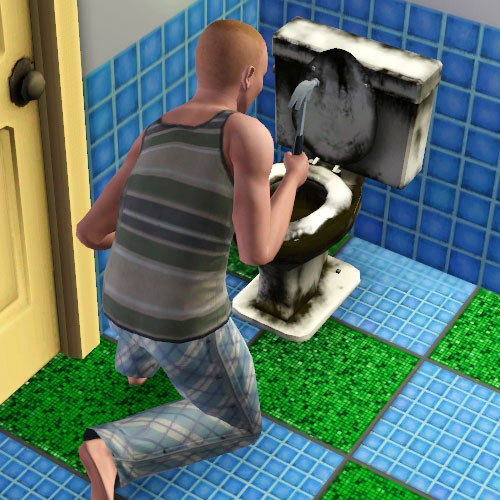 Here, he’s “upgrading” the toilet so that it never needs to be cleaned. I’m not sure how you upgrade a toilet, nor can I speculate as to why that upgrade would involve the use of a hammer. But clearly, it can’t happen a moment too soon.