Ana gradually began to warm towards Napoleon. She started having mother-type wishes like “Buy a Toy Chest” and “Teach Napoleon to Talk.” 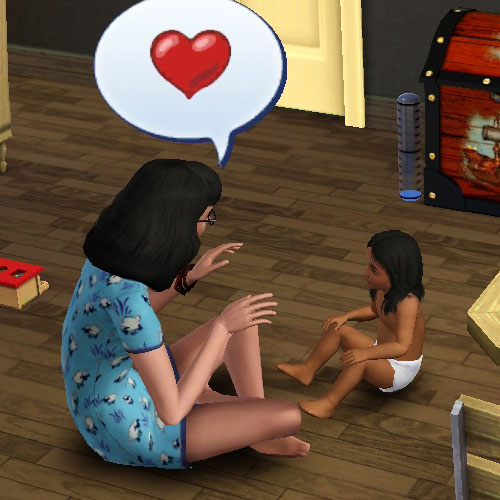 Maybe it’s because the older Napoleon gets, the less likely she is to wake Ana up in the middle of the night by crying. 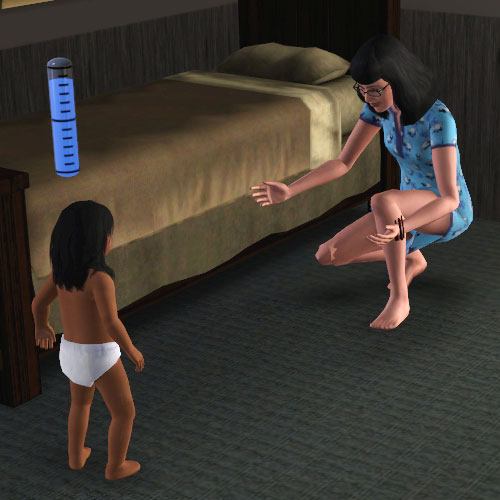 Maybe it’s because Ana figures if Napoleon learns how to walk, she’ll be able to get her own damn bottle.

Napoleon soon grows into a child. I have to agree with Pork With Bones’ comment – she looks like a very small middle-aged woman. For some reason I imagine her in a rayon floral-print dress and a sensible pair of flats, working at the county records office, her desk piled high with file folders and Bankers Boxes. 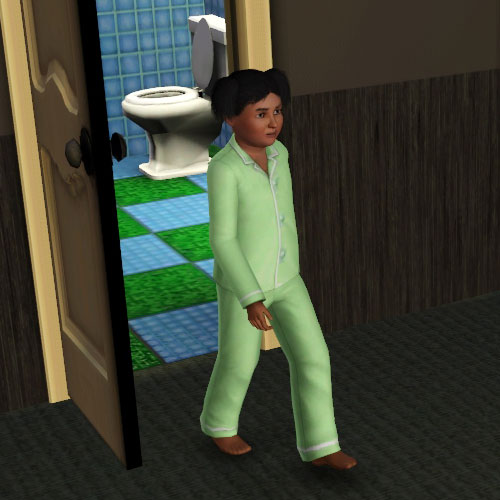 When she grows into a child, Napoleon receives the traits “Loves the Outdoors” and “Good.” Every day when she gets home from school, she sits herself down at the table and does her homework. 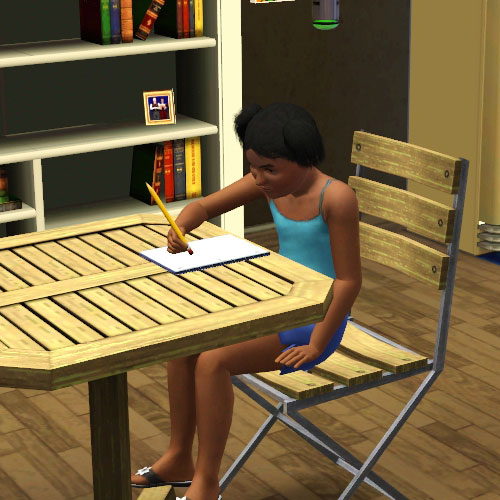 Her relationship with Ana seems to be improving. They chat often, and Ana hasn’t blown up at her yet. 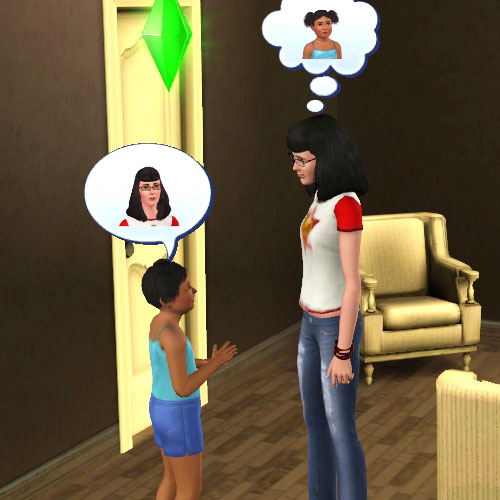 “Do you have the file on that easement project out on Highway 32? I need to make a copy of the topo map for the staff meeting tomorrow.”

I decide they should have some mother-daughter time, so I send them off to a neighborhood park together. Oddly, there are no children in their neighborhood.

Napoleon ends up playing on the swingset alone, while her mother wanders around meeting people. 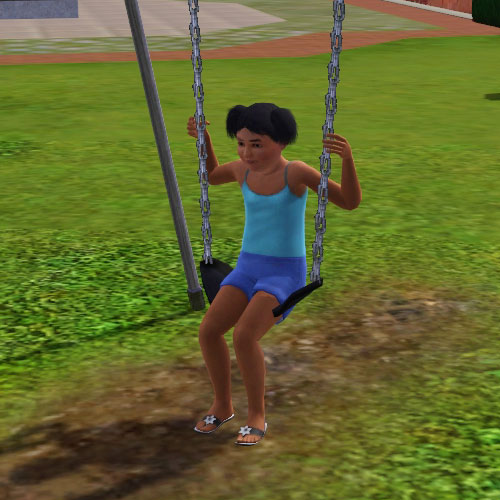 Eventually Napoleon stopped playing to go use the restroom. It was getting late, and I decided they should go back home. 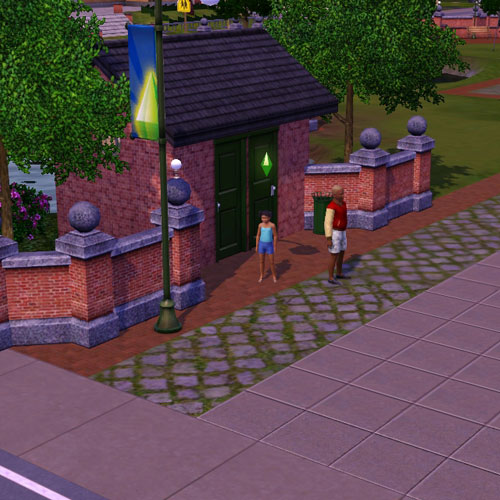 To my consternation, I discovered that while Napoleon was in the bathroom, Ana decided to walk home, leaving Napoleon alone at the park.