Soon enough, Napoleon ages from a baby to a toddler. The first thing she does as a toddler is express her loneliness. 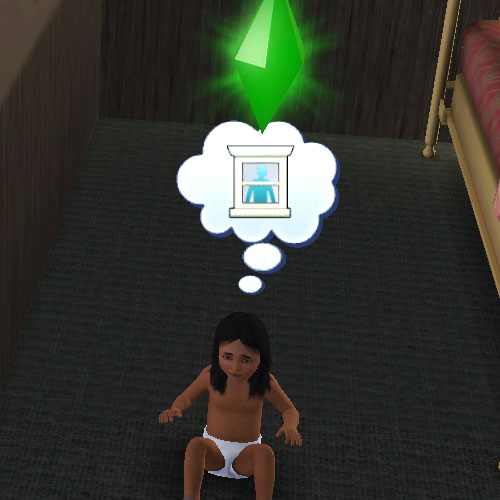 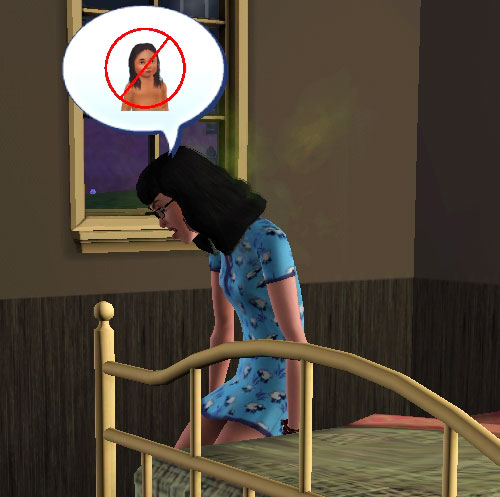 Tyler has stepped into the role of primary caregiver. Ana will roll out of bed and give Napoleon a bottle to stop her crying, but it’s Tyler who actually showers Napoleon with love and attention. 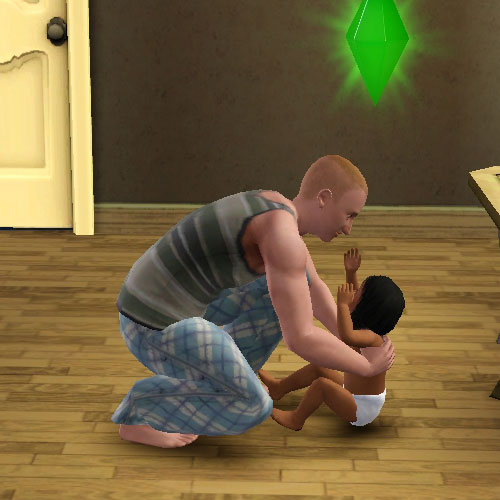 Unfortunately, Tyler doesn’t have much time to spend with Napoleon. Due to the family’s financial situation, he had to shelve his dreams of being a professional writer, and take a job on the Business career track.

This leaves Napoleon home alone with Ana all day long. Ana is still smitten by painting, and spends all day at her easel. Napoleon spends the days playing with her toys alone. 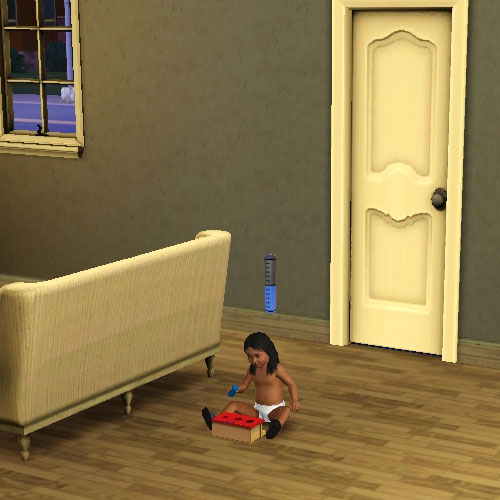 When Tyler’s weekend rolls around, I can’t take any more. I know I should be letting the story unfold, and taking the hands-off approach of a nature documentary crew. But I just can’t. First I try to boost Tyler’s mood by sending him out for some fun. I tell him to visit the park behind their house. 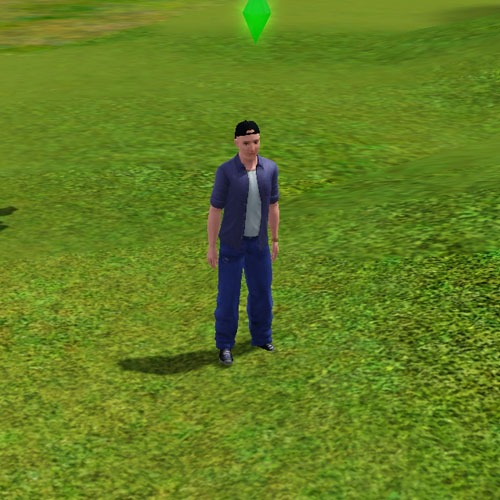 The park proves to be empty of both people and entertainment possibilities.

Next I have him wander around their neighborhood. He introduces himself to the wealthy retired woman who lives across the street. After inviting him into her house, she remains staunchly indifferent to his presence. 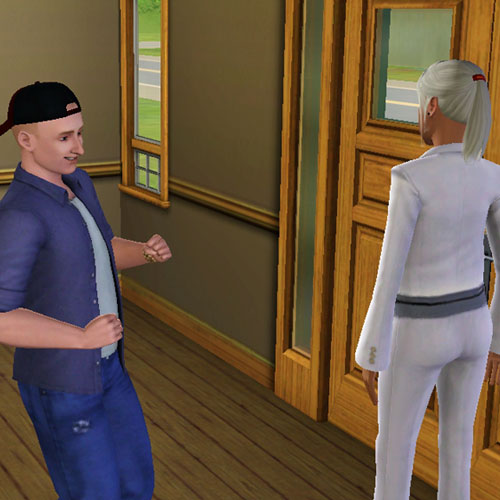 Well, this isn’t working. I decide to kill two birds with one stone, by having Tyler take Napoleon to the library. Once there, Tyler plunks himself down in a comfy chair and reads a book. 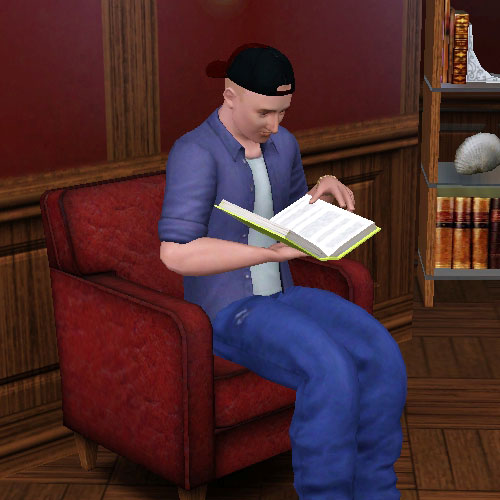 Napoleon crawls off to the children’s room, and spends the visit playing with a pink stuffed bunny, all alone. 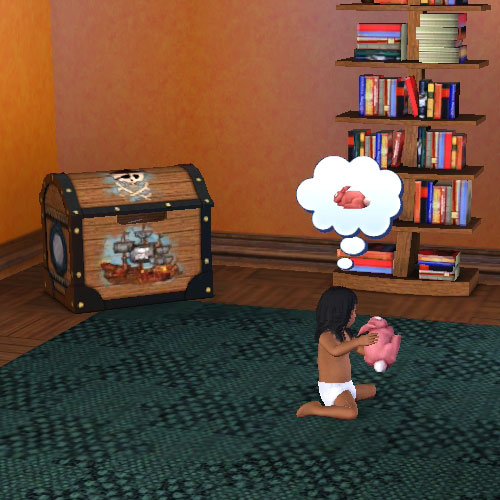