At the suggestion of a very evil reader, I had Ana and Tyler adopt a baby. Check out the sneer on the adoption agent’s face as she deposits the baby on their living room floor. Even she knows this is a bad idea! 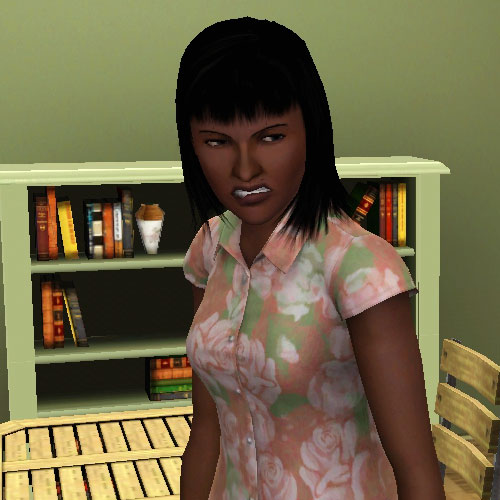 Tyler adores the baby, who I mistakenly named Napoleon. (What can I say? It was late, I was tired, and I forgot that I had clicked the “baby girl” button by the time the “name the baby” screen popped up.) 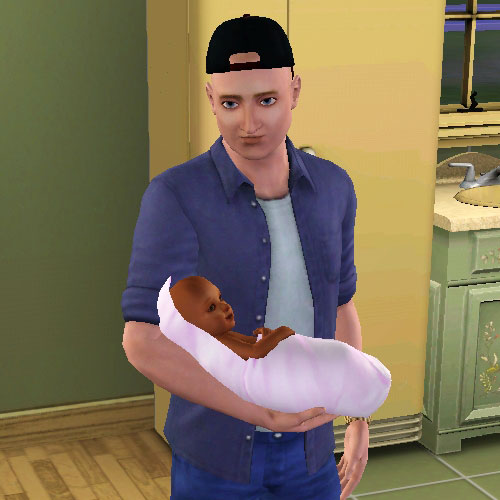 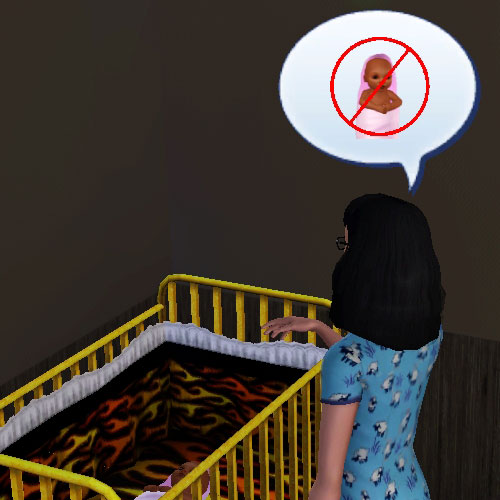 The baby is in her room, waking her up all night with its constant demands. At the same time, both the dishwasher and the shower break. This is a crisis for a tidy Sim, and it throws her into an emotional tailspin. She begins to pick on Tyler mercilessly. She complains that he doesn’t clean often enough. 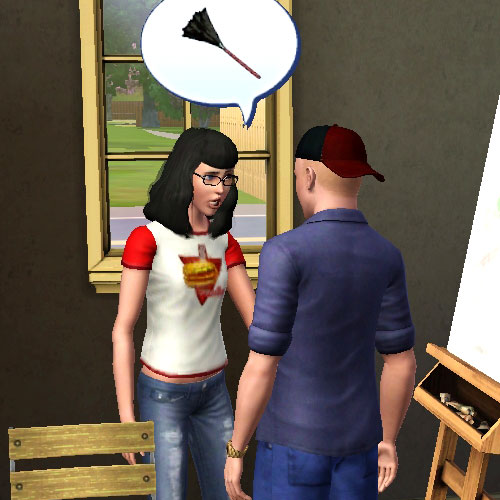 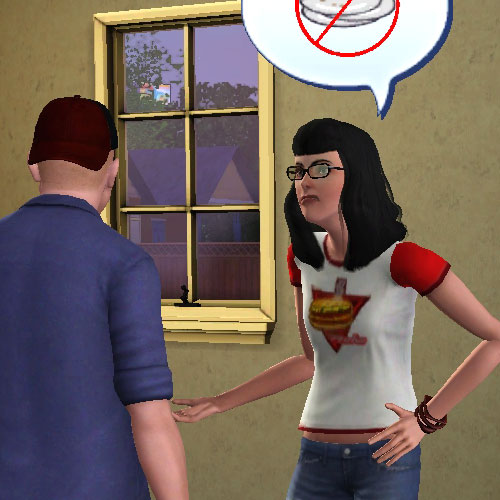 And he does terrible things to the toilet. 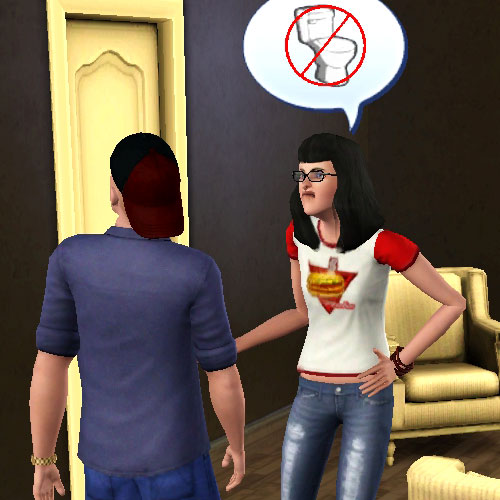 Actually, I’m with her on this one. Here is what the toilet looks like after Tyler uses it. Every single time. 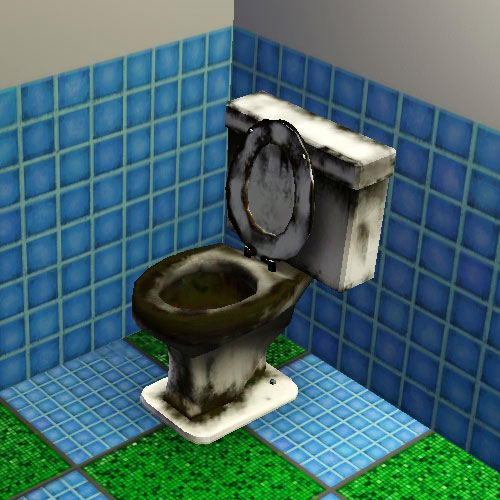 But to be fair, Ana only feeds him grilled cheese sandwiches and waffles. What’s a guy’s digestive system to do?

Ana also takes to sneaking up behind Tyler and frightening him. 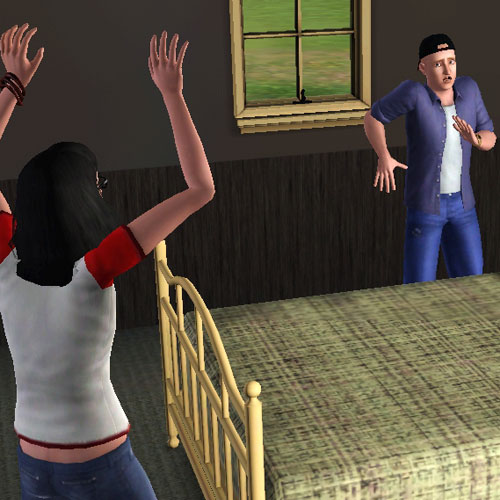 Here the poor fellow has just finished making HER BED. (He sleeps in the single bed in the other room.) And what does she do? Sneak in and frighten him witless.