Tyler and Ana have not spoken to each other in the last 48 hours. Here’s a typical scene: 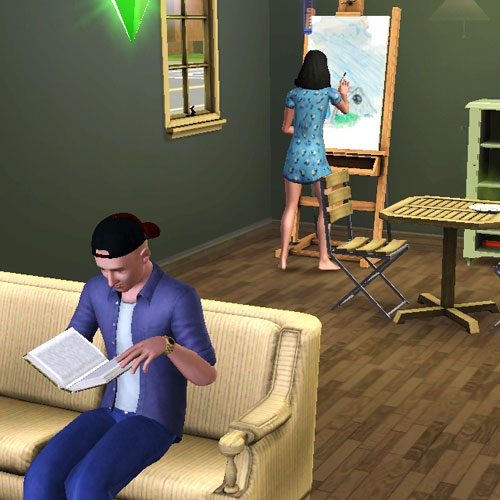 It’s amazing how they manage to live such isolated lives in such a small house. Although I see some hope for their relationship in the way that Ana always prepares an entire meal when she’s hungry. She puts away the leftovers, which Tyler later eats. At this time, leftovers are their sole connection.

Well, that’s not entirely true. They also have a connection in the way that Tyler makes the messes, and Ana cleans them up. Ana is such a neat freak that she insists on cleaning the toilet before she uses it.

Although considering the condition Tyler leaves it in, maybe that’s not so crazy. 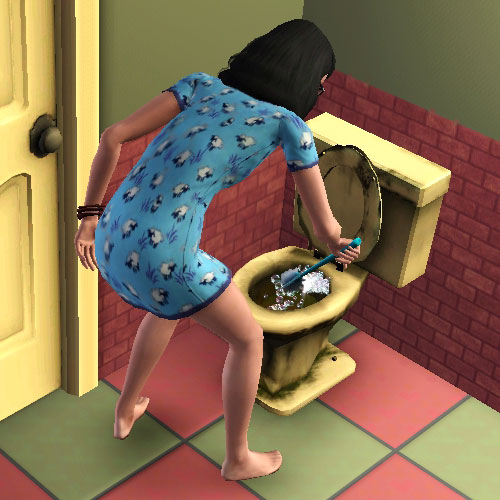 I love this picture. She’s pleading with the computer to please let her go to bed, because she’s very tired. Haven’t we all been there? 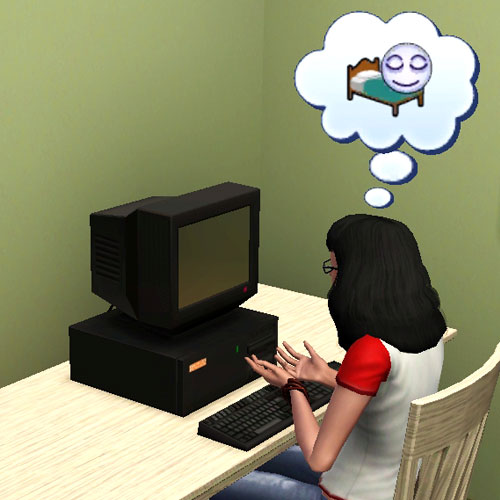 Ana developed a wish to see a ghost, so I sent her out to the neighborhood graveyard. The first night, she sat there for hours all alone, until the sun came up. 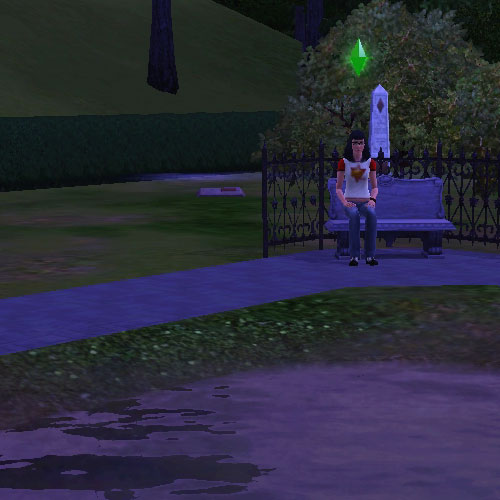 On the second night, the graveyard was already packed with ghosts when she arrived. Most of them ignored her, but she was finally able to strike up a conversation with a ghost wearing a cowboy hat. 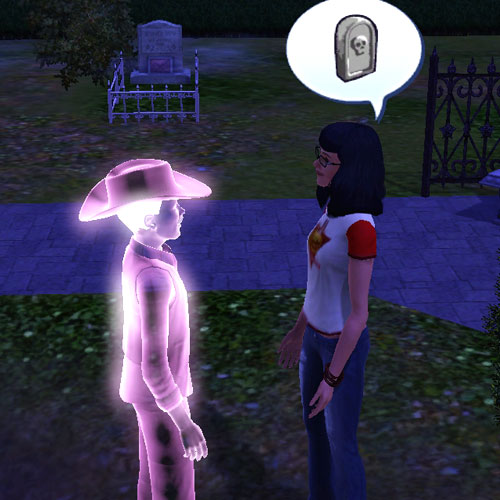 He turned out not to be the best conversationalist, since he kept on interrupting her stories to complain about being very hungry. But he was quite enraptured when she told him a ghost story.