I decided to go with the general consensus, which is to build the Splines an Underground Superhouse.

First I sent them all to the neighborhood cafe to have lunch while I worked on their home. (Keeps them out of the way!)

I had never noticed before that the cafe in Sunset Valley only has two-seat tables outside! Hera and Tyler took one table, Five sat at the next table over, and poor Aubergine had to sit way on the other side of the courtyard.

I try to avoid major Build Mode sessions, because they tend to eat up all my gameplay time, with nothing to show (you) for it but a new house. “Look! New house!” is pretty thin stuff for a blog post! 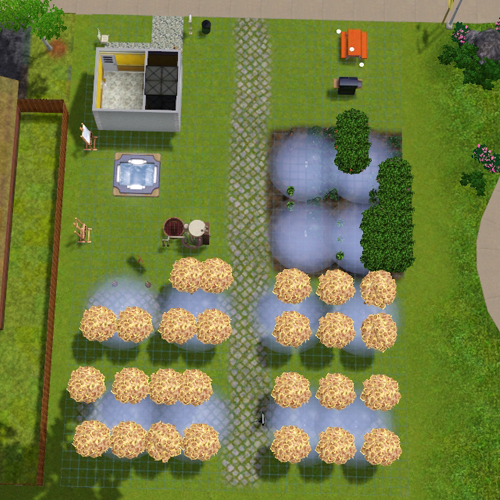 The only change I made at the surface level was to replace the stairs with an elevator. Then I maxed out the lot size with basement on the first level. I left a few of the warren-like structures in place, though. You know – sentimental value. 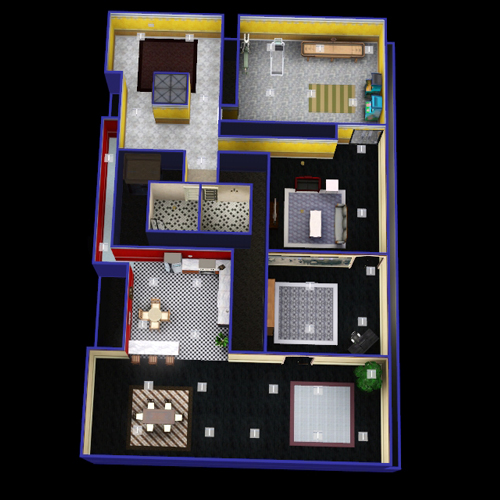 Ideally I wanted to build something like the home of the Russian guy in the DirecTV commercials. But the problem with white furnishings in Sims 3 is that they are all, like, super reflective. Have you noticed that? You get this crazy glare off white furnishings. I can’t handle it. 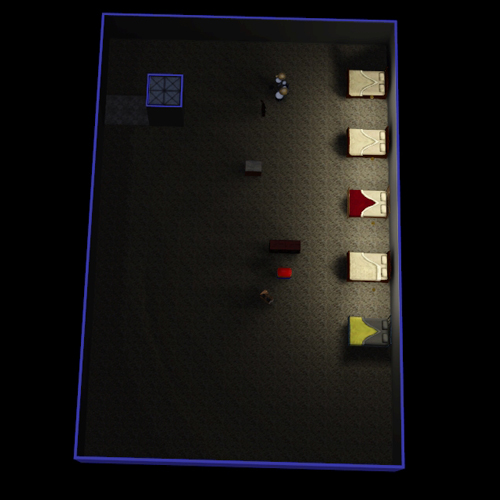 Pity I ran out of time before I could start on the second level. Everyone’s going to have to sleep barracks style tonight!