I’m gradually filling out the SuperBunker. I added a gigantic fish tank, which I enjoy watching as much as they do. 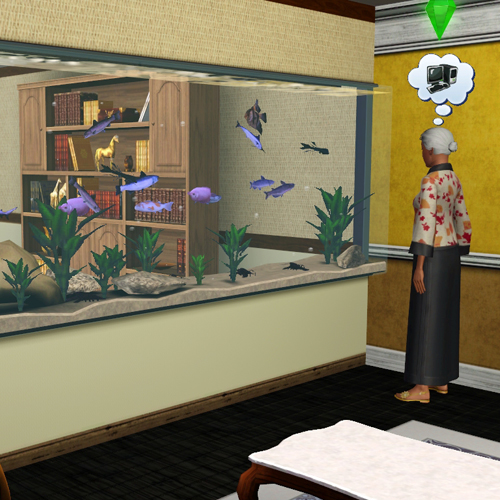 I also studied that Russian Guy With His Mini-Giraffe commercial, took some screenshots, sampled some color swatches, and determined that his house is actually more champagne and taupe than white. So I have been recoloring their things accordingly, as I have the time and inclination. 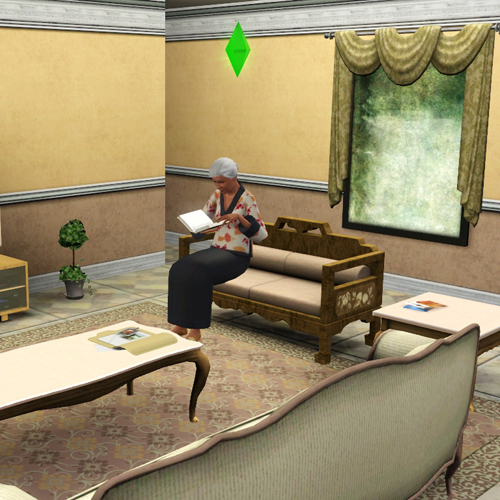 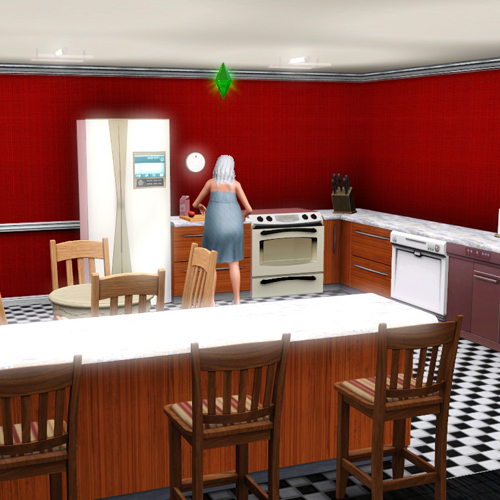 It hasn’t improved their manners any, though. 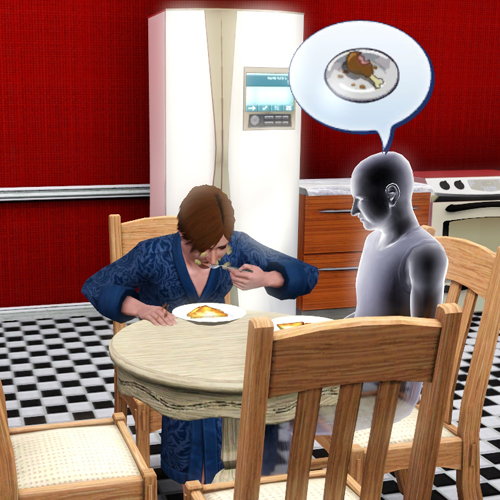 The game continues to delight: this weekend I noticed that when Money Trees are ready to harvest, you can see their “fruit.” Which, I am pleased to report, are burlap sacks of money with the Simoleon sign stamped on the side. As it should be. 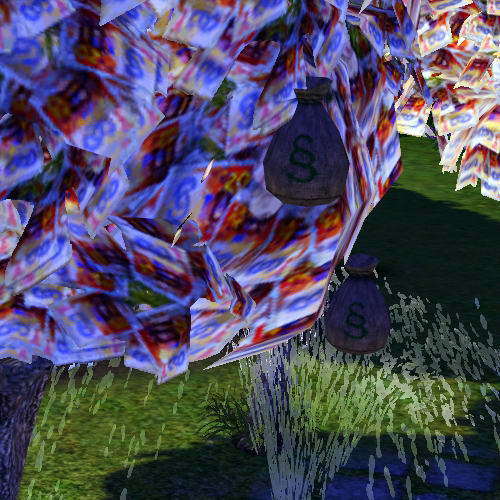 I sent #5 to hang out in front of the grocery to pick up chicks. 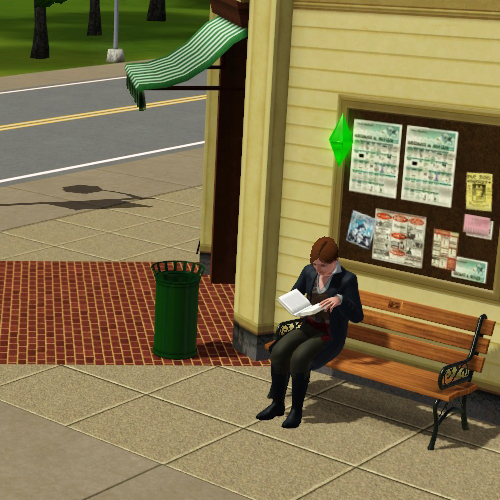 But we kept getting vampires! Vampirism has become a real plague in Sunset Valley. 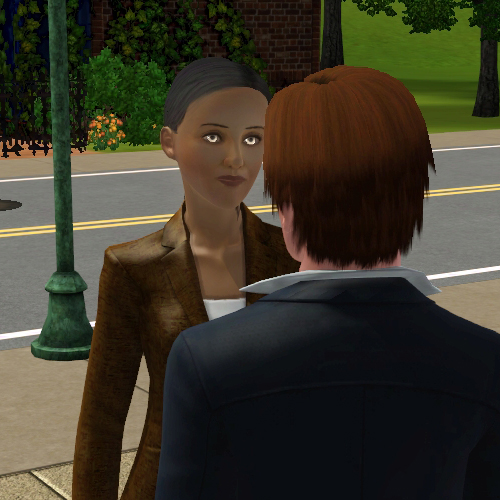 You can tell a vampire by its shiny eyes. 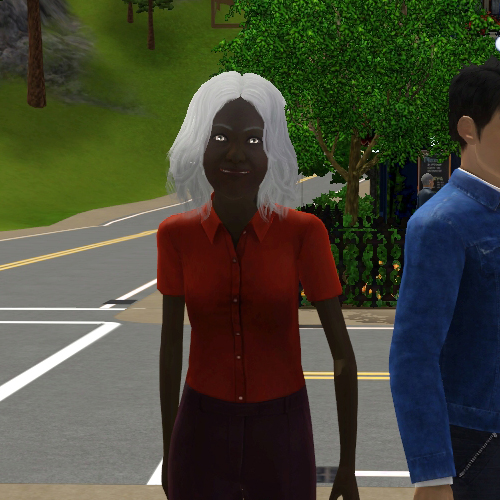 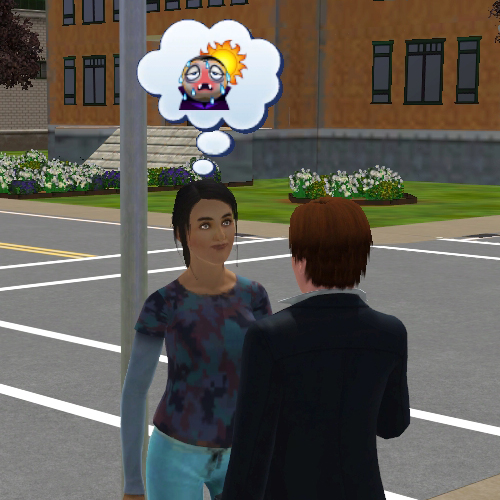 This one is smiling sweetly, while secretly dying from the sun. I can relate. 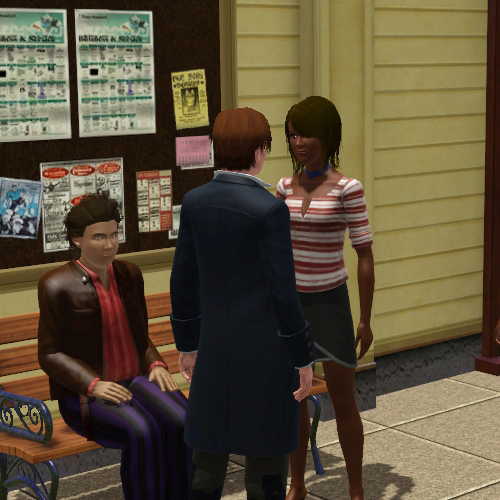 Finally, a non-vampiric, female Sim appears! I was starting to think they were endangered.