I was getting pretty tired of Chin-Han as a toddler. People kept leaving him in his high chair. And then he would cry, and everyone would complain about the crying, but no one would GO DO SOMETHING ABOUT IT. 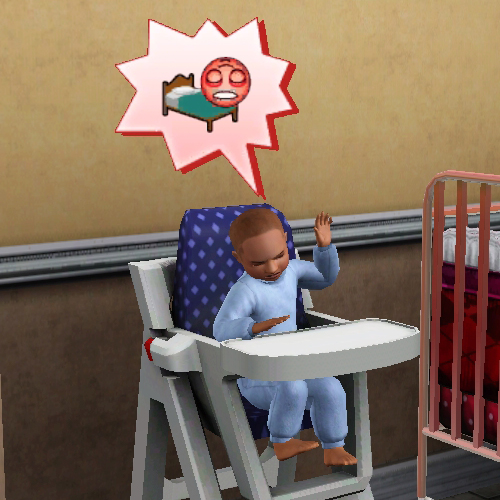 After he aged up with the birthday cake, his eyes did this weird thing. I was worried they would be stuck that way! (Also: mom in the background: totally stoked.) 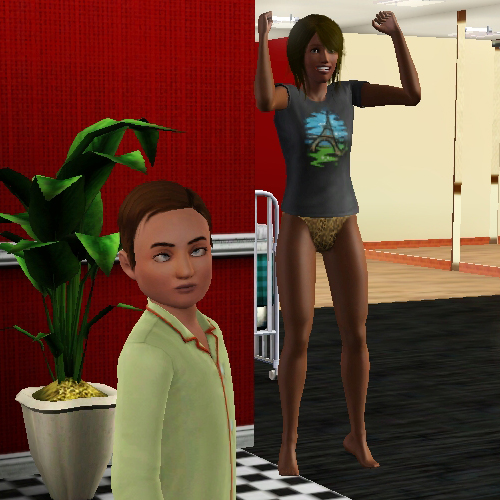 Luckily they settled to gray after a few minutes. Doesn’t he look a bit like a young David Duchovny? 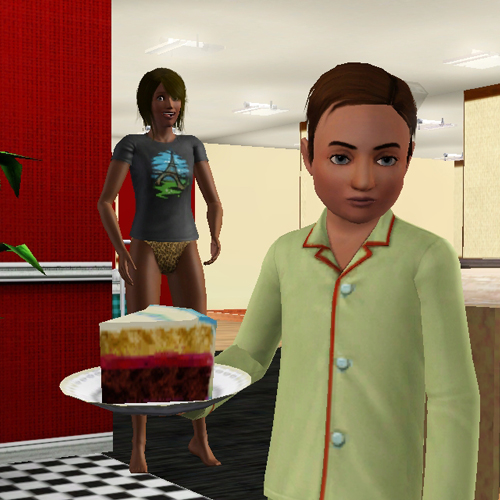 One of his first wishes was to become best friends with his mother. But every time I sent him to talk to her, she got up and left. Sad. 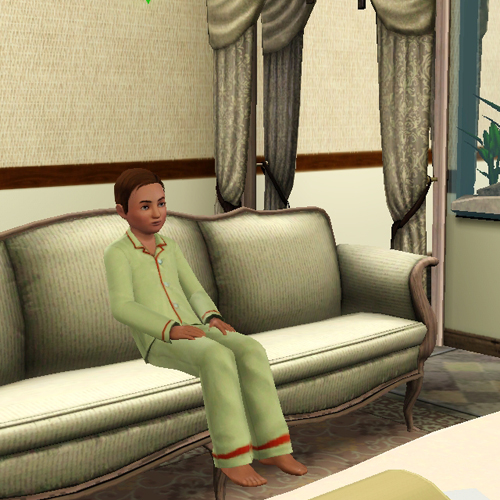 In trying to talk to her, and failing, he missed the bus for school and had to bike there. This is where I noticed his pink flip flops. 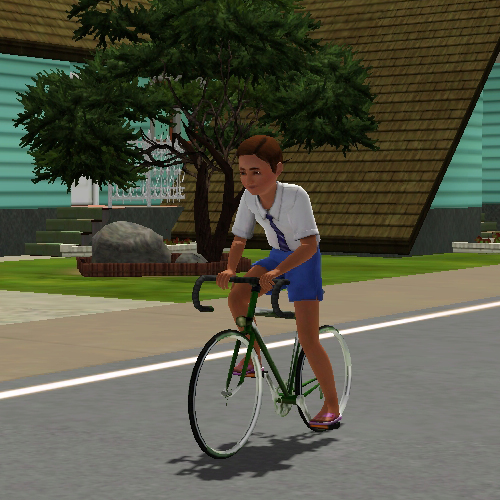 Chin-Han is the first Sim I’ve had who had a wish to set their Lifetime Wish in childhood. Usually that doesn’t happen until they are teenagers. Some of them never have a wish, and I have to choose.

He chose “Become a Creature-Robot Cross-Breeder.” All you have to do for that one is get to level 9 of the Science career. Easy peasy! I started him out with some fishing lessons. 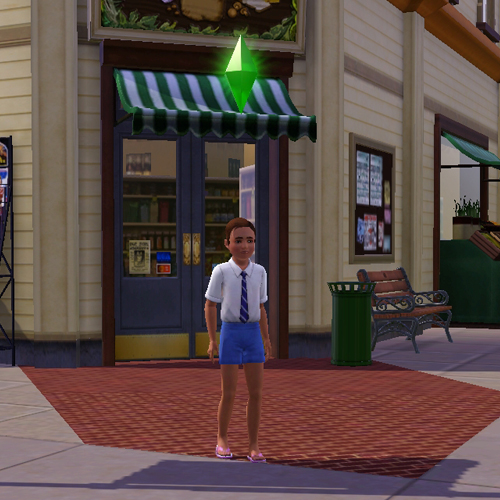 The pink flip flops and the short pants just weren’t working for me. I gave him a more somber outfit. Now he looks like an old man! 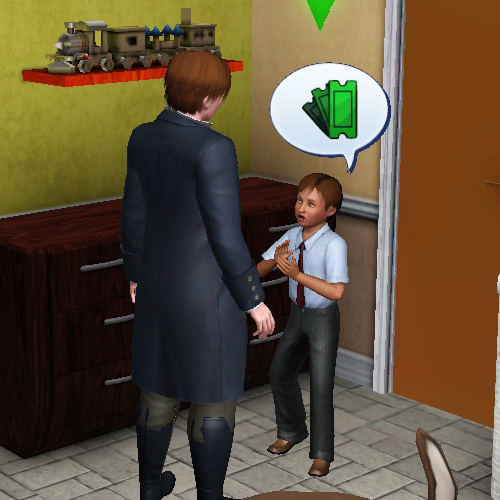 I bet he’s griping about the way movie ticket prices have skyrocketed since he was a kid. The way old people do. “And don’t even get me started on the price of popcorn! It’s highway robbery!”