The next day, Gino decided to go to the park after school. He stayed there until it was time for curfew. Just as I clicked over to tell him to go home, he had a birthday! 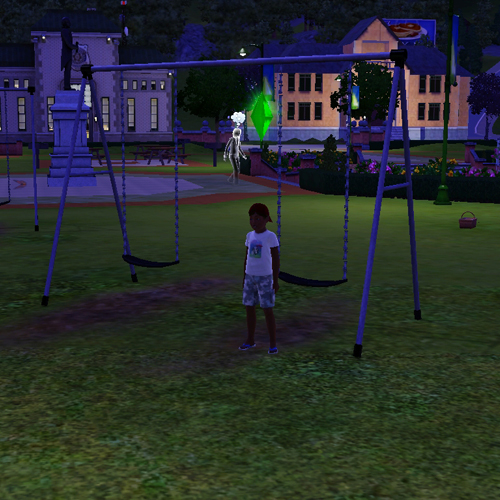 A sad, lonely birthday in the dark, with only a passing ghost for company. 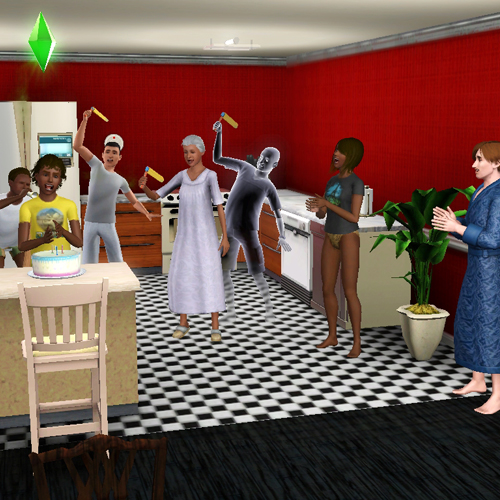 I decided it was time, so I bought Eliseo a cake and made him grow up, too. 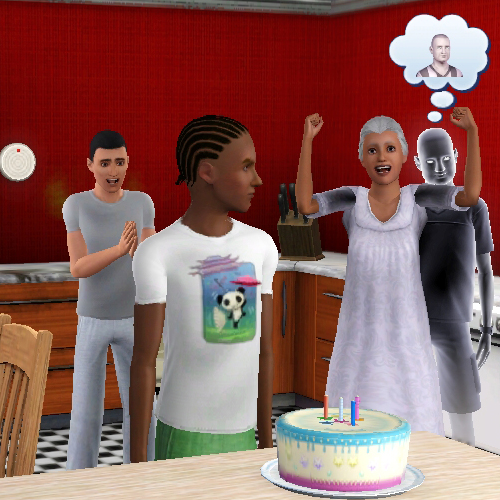 He grew into a young adult with… cornrows and a panda shirt. Okey dokey.

Meanwhile, baby Chin-Han cried and cried. I guess I would, too, if I had such a gross high chair next to my crib! Someone wipe that thing down! 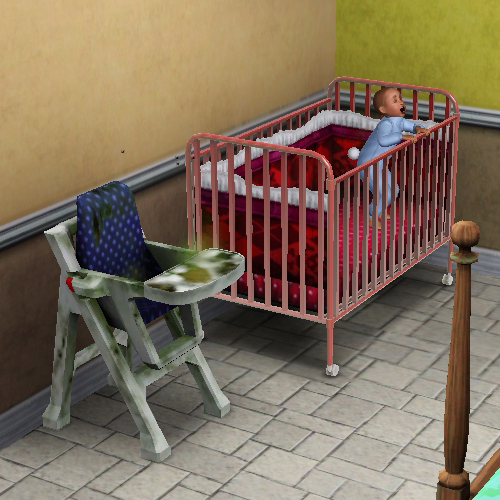 Now that Eliseo was a Young Adult, I kicked him out along with his younger brother Gino. Typically when you kick a Sim out, they walk calmly to the front curb and take a taxi. In this case, both of the kids RAN away. On foot. And Gino was making this terrible face! 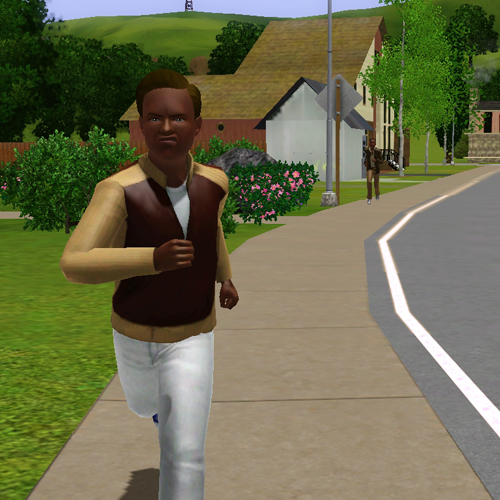 It actually made me feel pretty bad about the whole thing. Oh well – too late! Onward!

As he approached his 500th birthday (!!) Tyler had a 1,500-point Wish to hire an executive butler. I was getting pretty tired of the messes, so I did it. 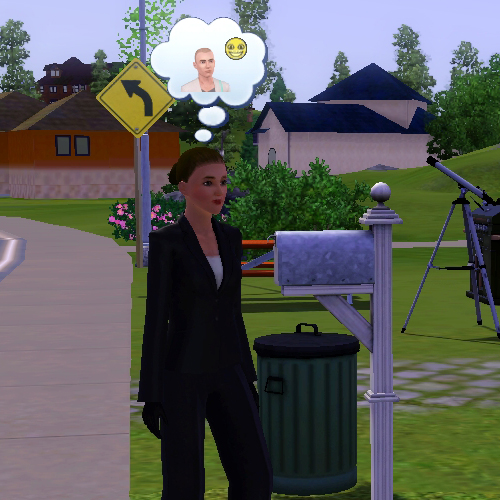 Kayce Naylor showed up thinking about… someone. 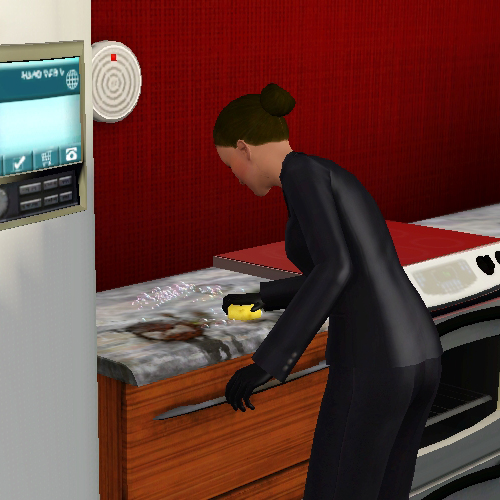 First she cleaned the kitchen counter. Then she made spaghetti. 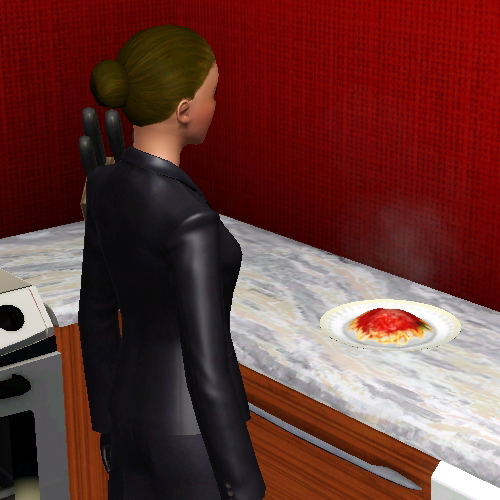 I GOTTA GET ME ONE OF THOSE.