I pretty much finished the SuperBunker – finished enough that I uploaded it to the Exchange. It’s a little rough around the edges, like all of my uploaded lots. 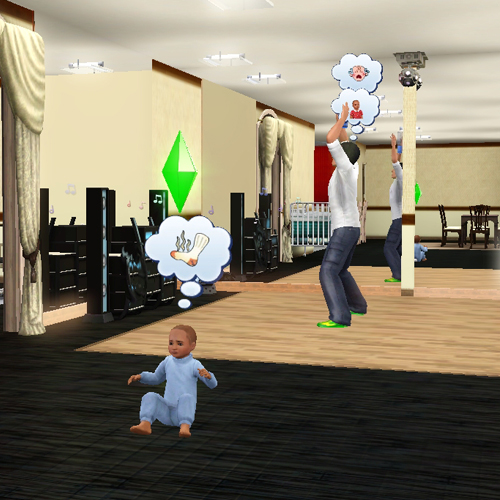 For example, I regret my decision to put a mirrored wall in the living room. It makes me a little dizzy! 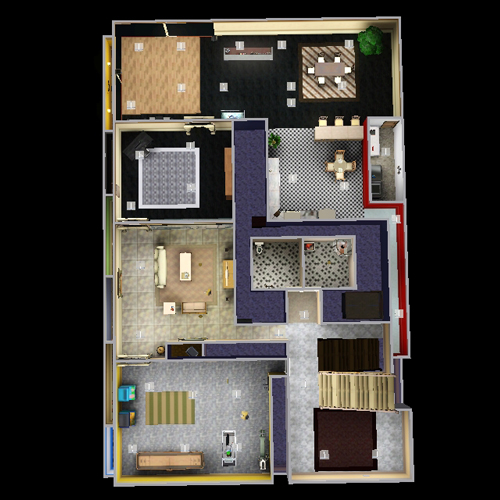 The upstairs (one level below ground) is dedicated to living space. (I kind of wish I had basemented out the whole space, because there’s a weird effect where the gaps between floors become transparent, so you can see what’s happening below. It’s hard to explain.) 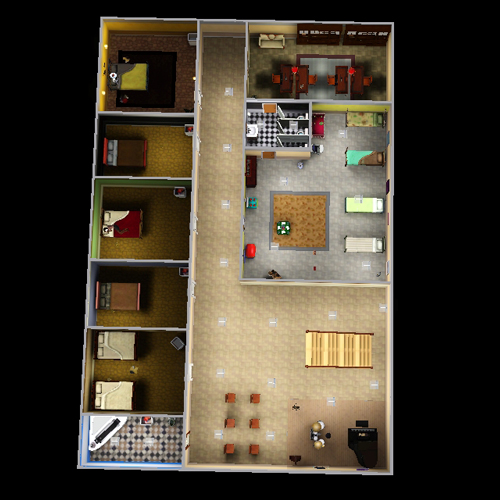 The second basement level is mostly sleeping quarters, plus a library where the kids can study, and a stage for budding musicians. And on the ground level: tons of Money Trees! There are even a bunch of seeds lying on the ground, because I hadn’t gotten around to planting them. I think your Sims can go over and collect them? Not sure how that works. (Let me know!)

Anyway. Little Chin-Han is a dickens, just like all toddlers. 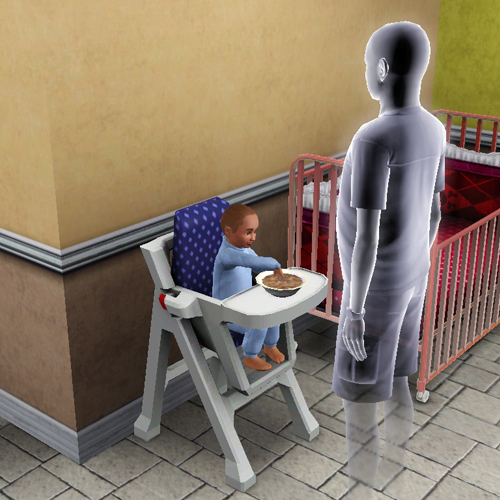 Those eyebrows really do give him an expression which is constantly maniacal. 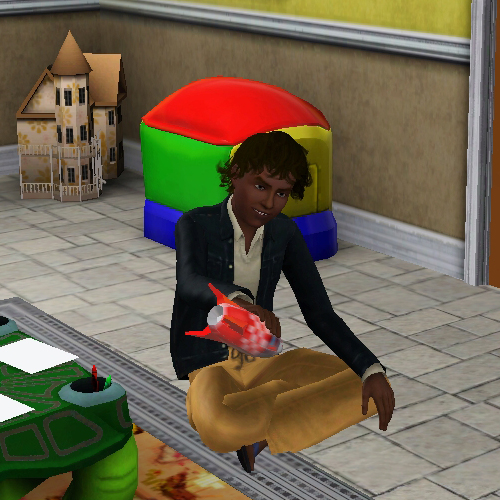 He’s a good kid, though! He studies all on his own, even when he’s really tired. 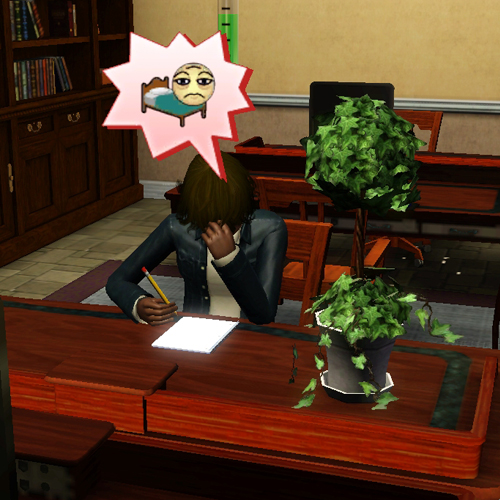 (And he used the library to do it, just the way I hoped they would, which pleased me greatly.)