I decided to tempt fate and try to hold the wedding in the central park in downtown Sunset Valley. My success rate for off-lot weddings is about 20%.

As you can see, #5 is TOTALLY STOKED TO BE GETTING MARRIED, WOOOOOOO!!!! 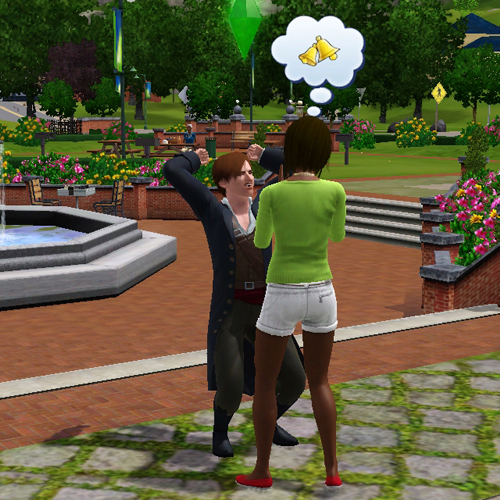 (The “Excitable” trait will do that to a guy!)

I requested formal dress. So… I guess those are Krissy Roman’s formal short-shorts.

The wedding went well, except that none of the guests paid any attention. They all just sort of stood around by the bathrooms while #5 and Krissy tied the knot. Afterward, #5 grilled hot dogs for the guests. 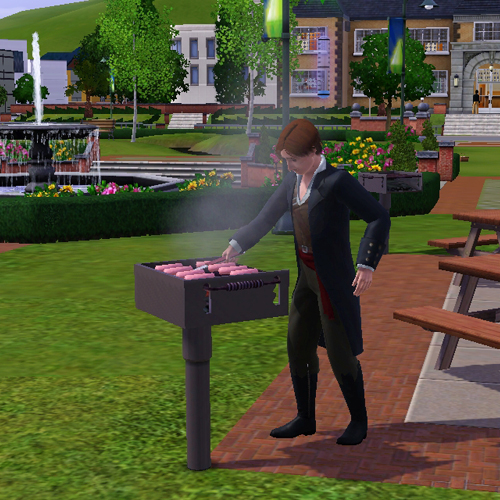 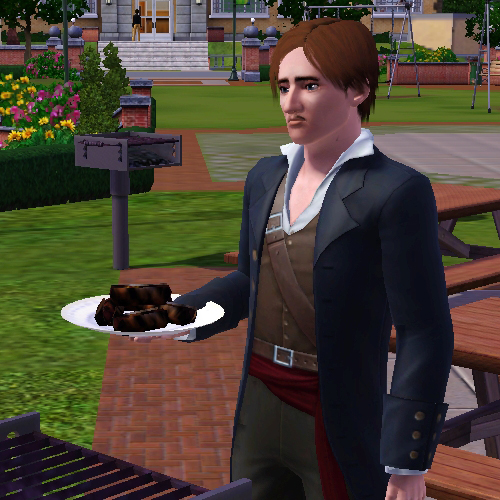 But Krissy ate one of the scorched dogs anyway. That’s love! 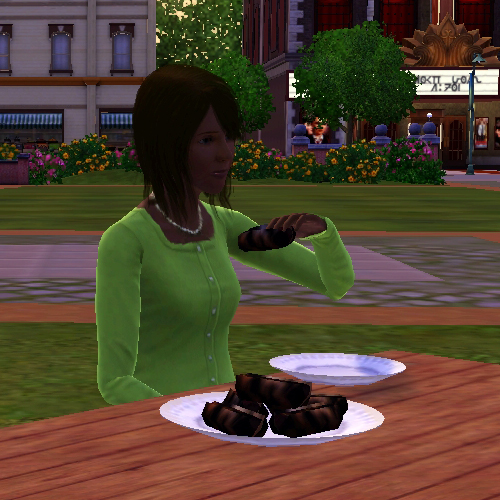 When I merged their households after the wedding, I found that Krissy actually had THREE children. We have baby Chin-Han, who shows #5 as his father. 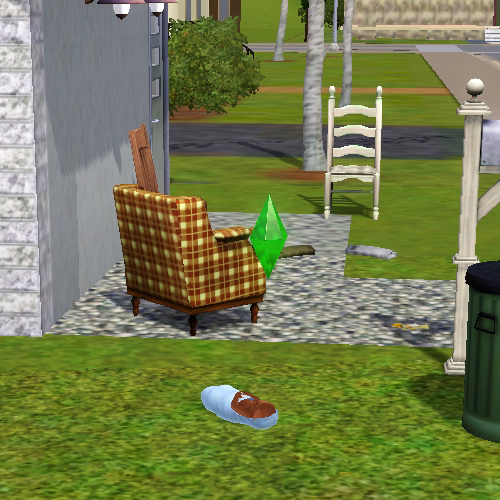 Then two kids who, according to the game, have NO father. I guess she adopted? Eliseo, her curly-haired child with the menacing eyebrows. 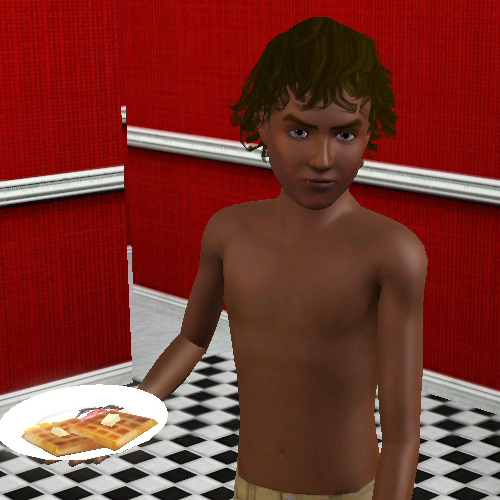 And Gino, the buzz-cut child in a panda t-shirt. 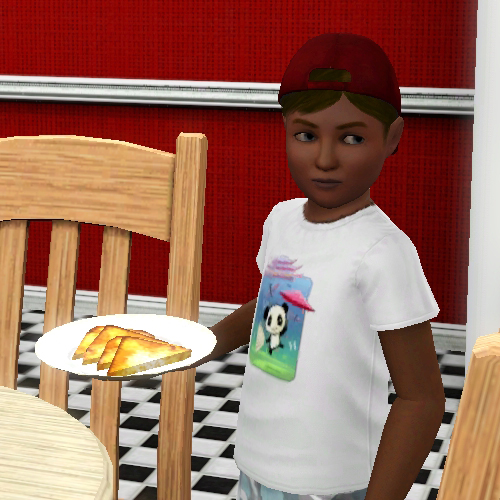 Unfortunately these three kids filled up the last of the house’s eight “slots.” This means that Riley will not be able to marry, even if he HAD managed to get that far with his Napoleon-ish vampire chick. (Which he totally hasn’t.)