The next day, I had Napoleon invite Parker Lagnerak over again. He came right over – what the heck, he’s unemployed (and rich!) what else does he have to do? He showed up at the door ready for romance, and for a shower. 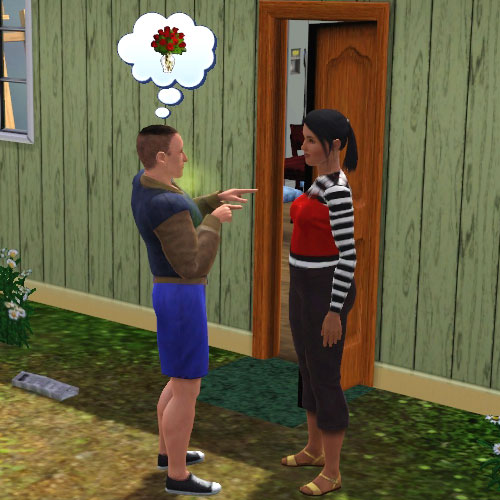 A long comedy of errors ensued, as Napoleon tried to get him into her bed ALONE. First, Ana bored Parker until he collapsed asleep on the floor. Then once Parker was in Napoleon’s room, Tyler kept wandering in to chat. It’s almost as if they know what’s going on.

Finally I sent Tyler off to go fishing, and told Ana to finish her painting, and Napoleon and Parker had some “alone time.” (Note that I bought Napoleon a double bed before Parker came over. The double bed is key.) 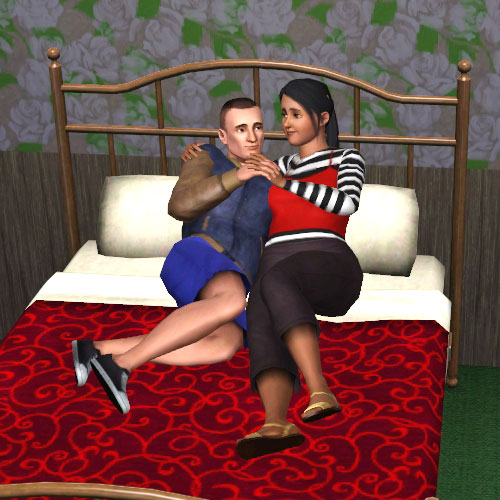 They cuddled and chatted and made out with wild abandon, but when it came time to Do The Deed, Parker refused. 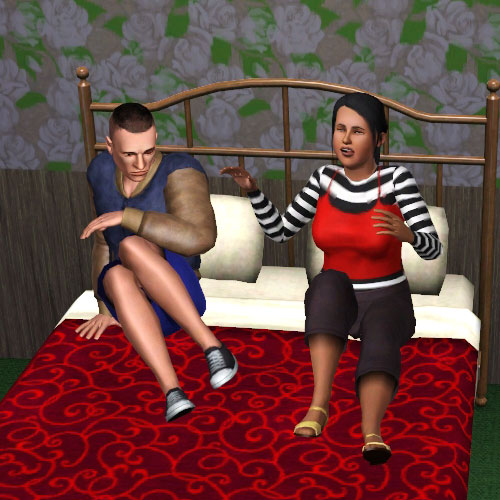 (Is this the lesson we want to teach our children, aged T for Teen and Over? Just keep asking? Oh well, tis not for me to judge.) 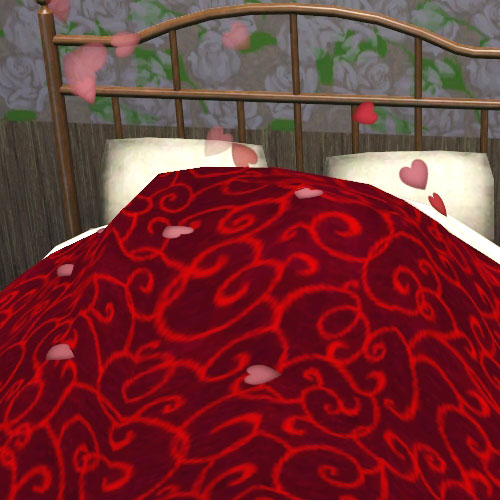 And afterwards? Lullaby chimes! Ding dong, Napoelon’s got a baby in the oven!