Parker Langerak agreed to stay the night. They went into the kitchen for a bit of a snack, then fell asleep. 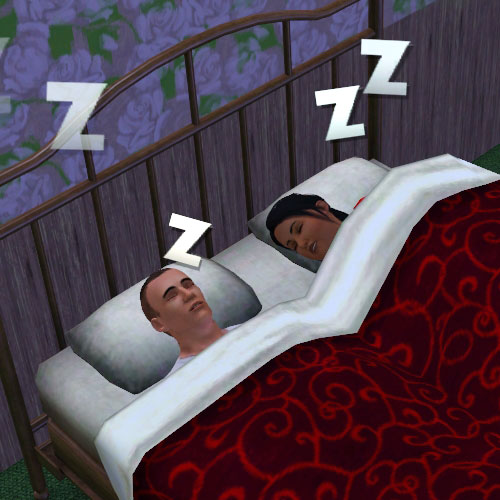 The next morning, Parker woke first. He went out into the living room and started HITTING ON NAPOLEON’S MOM. 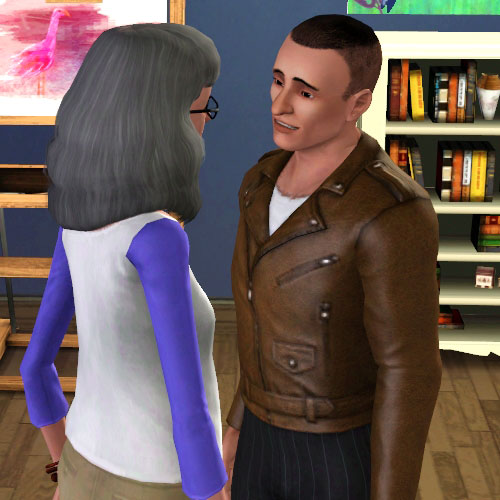 She was digging it, too. A few hours later, Napoleon roused herself and went out to tell her mom the good news. Ana was thoroughly unimpressed. 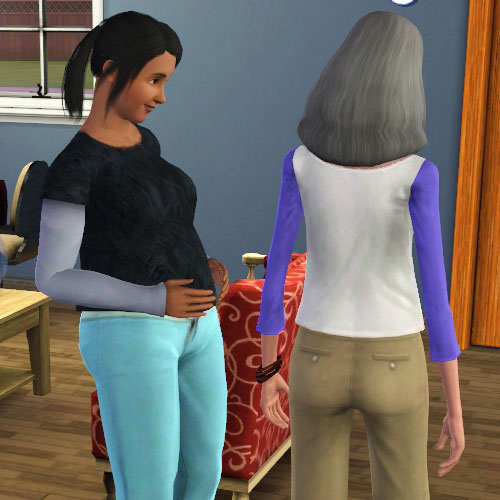 Not long after, Parker excused himself to go home. To his wife and kids. 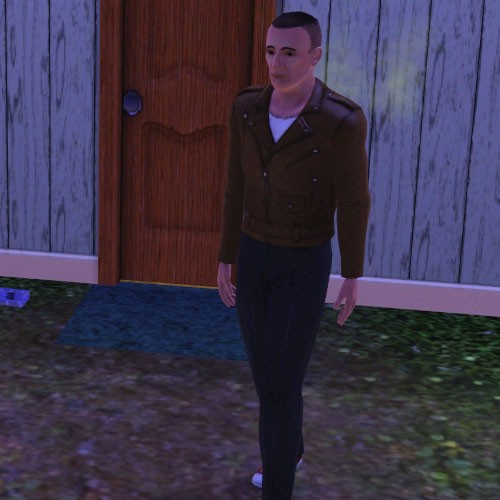 Napoleon had a wish to go fishing, and another wish to read a pregnancy book. I decided she could use a decent day, so I tucked a pregnancy book into her inventory and sent her to the beach. 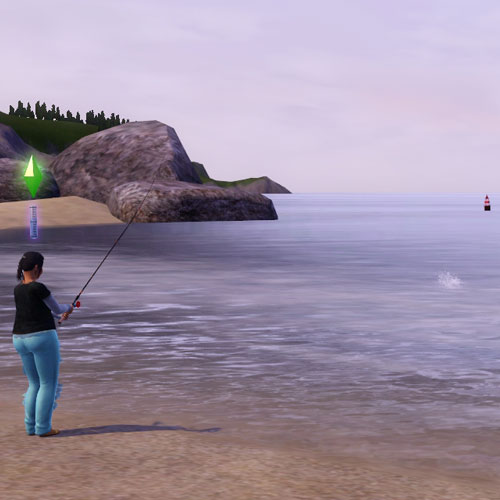 After fishing for a while, she sat at a beach table and read a pregnancy book. 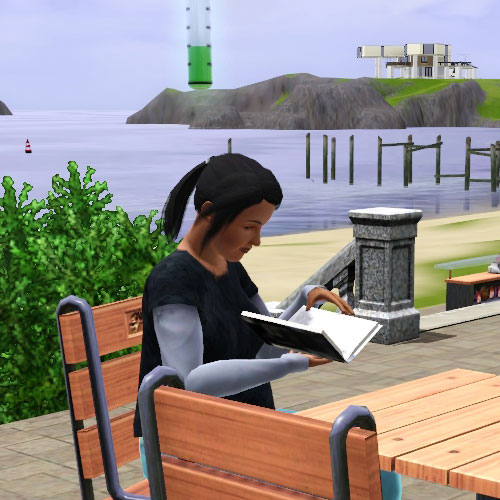 Not a bad day, all things considered.