When last we left Napoleon, she had been smitten by Parker Langerak. By the way, this is Parker’s house. Where he lives with his wife and children. 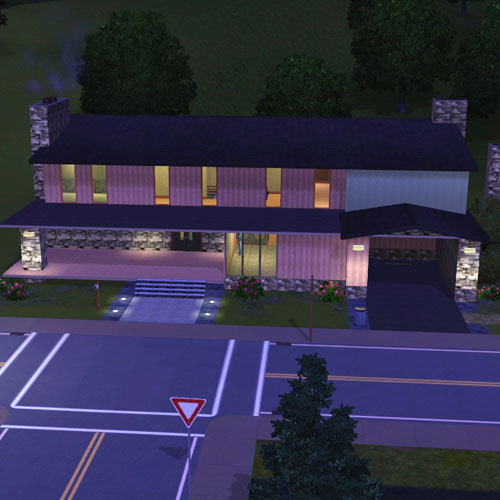 Napoleon went back to the park where she first met Parker. Conveniently, he was there again. They talked for so long that she had an “accident.” 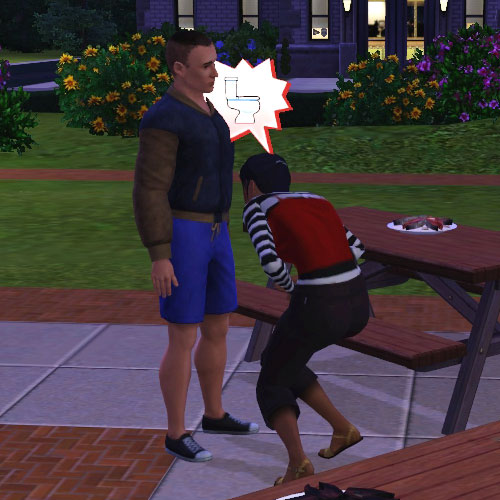 Parker was polite enough to pretend not to notice that she’d just wet herself in the middle of their conversation. What a guy!

Napoleon invited him over to her house. He was greeted by her father, who now walks around all day in his sweats and undershirt. Old age seems to agree with Tyler. 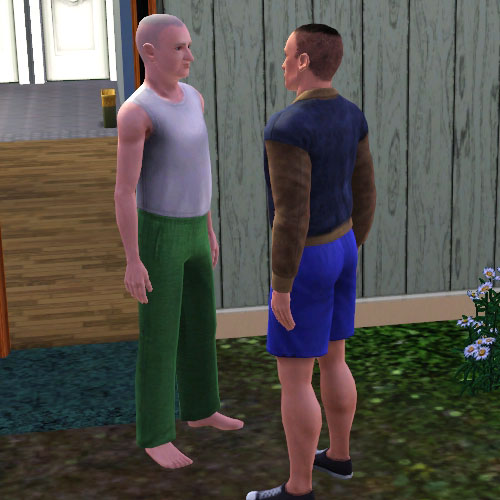 Napoleon and Parker sat on the couch and talked and talked. About television, movies, local politics, and… meat? 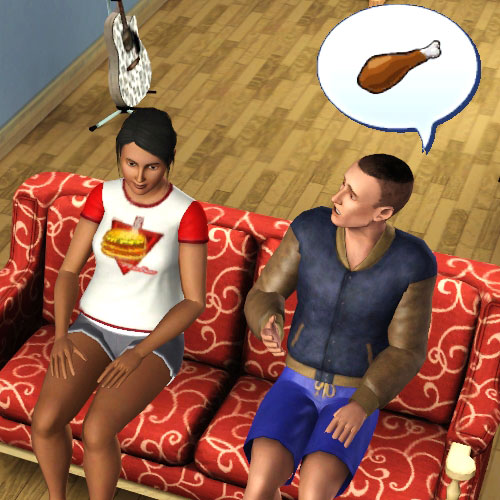 Then she put the moves on him. First they cuddled for a little while. 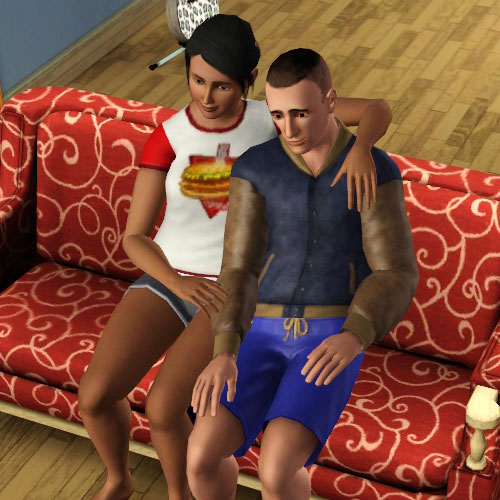 Is it just me, or does Parker look like he has some regrets about this? If so, they didn’t last long. 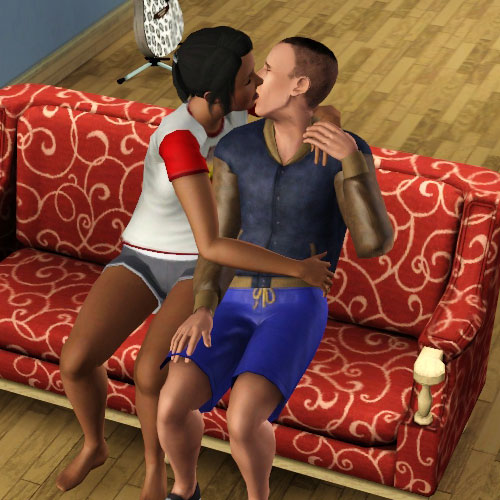 She invited him to stay the night, but he refused, saying that he had to be somewhere. As in, home. With his wife and children.