Now that her parents are old, and she’s a young adult, I decided that the house has been deeded to Napoleon. I redecorated accordingly, in more cheerful colors. 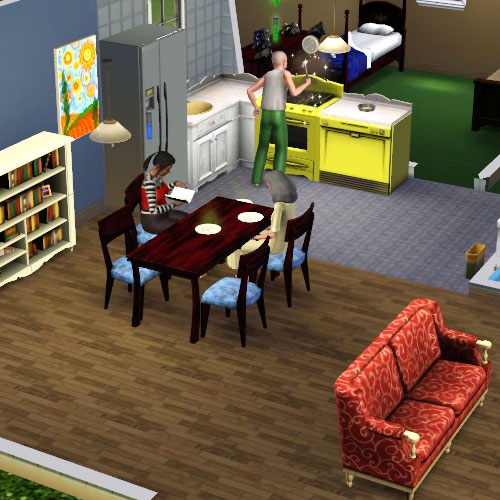 I wanted to do some work on the floor plan, maybe build a deck or add a new room. But unfortunately, they only have §613 between the three of them. And in a world where it costs §11 to make waffles, that’s just not going to go very far!

Napoleon and Tyler both like to escape the house as frequently as possible. Here, they’re fishing together at Pinochle Pond. 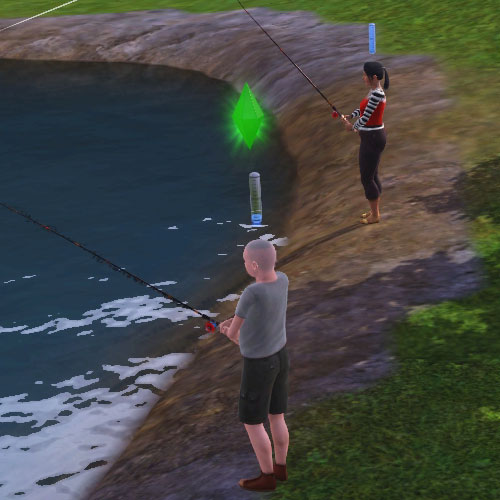 By the way, I want to give a shout out to the Sims developers responsible for doing the water. The reflections are surprisingly realistic, and shift accurately as you move the camera around. Lovely!

While Tyler and Napoleon are out wandering around town, Ana spends her day cleaning the house and feeding Napoleon’s growing collection of fish. 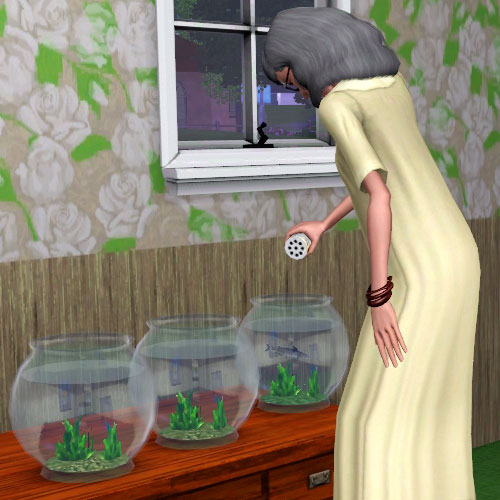 Napoleon’s Lifetime Wish is to collect 13 fish, grade “Perfect,” in fishbowls. The hardest part about this is remembering to feed the fish every day. Since I assume it’s “13 perfect fish at the same time,” not “a total of 13 perfect fish, each of whom died along the way, and right now there’s only four.” 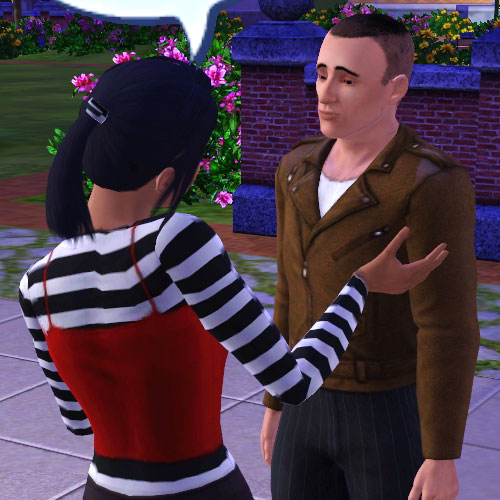 They got along well. And she learned that he’s rich! Ka-ching! 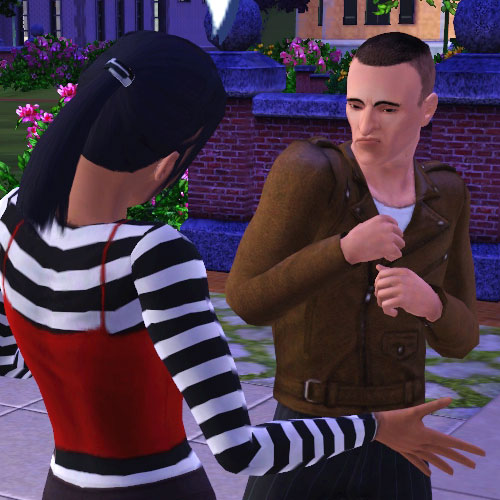 Unfortunately, she didn’t learn that he’s married until after she tried to hit on him. 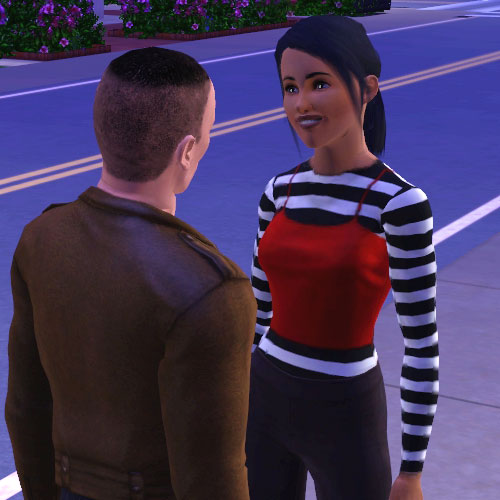 No hurt feelings, though. A few minutes later, he complimented her appearance. She’s smitten!

By the way, if you haven’t read Seanbaby’s Cracked.com article Exploring the Mysteries of the Mind with The Sims 3 you owe it to yourself to check it out. I found it… inspiring!