I moved Cordelia into the cute little trailer in Strangerville. This may be my #1 favorite premade Sims lot of all time. I customized it a little, of course. 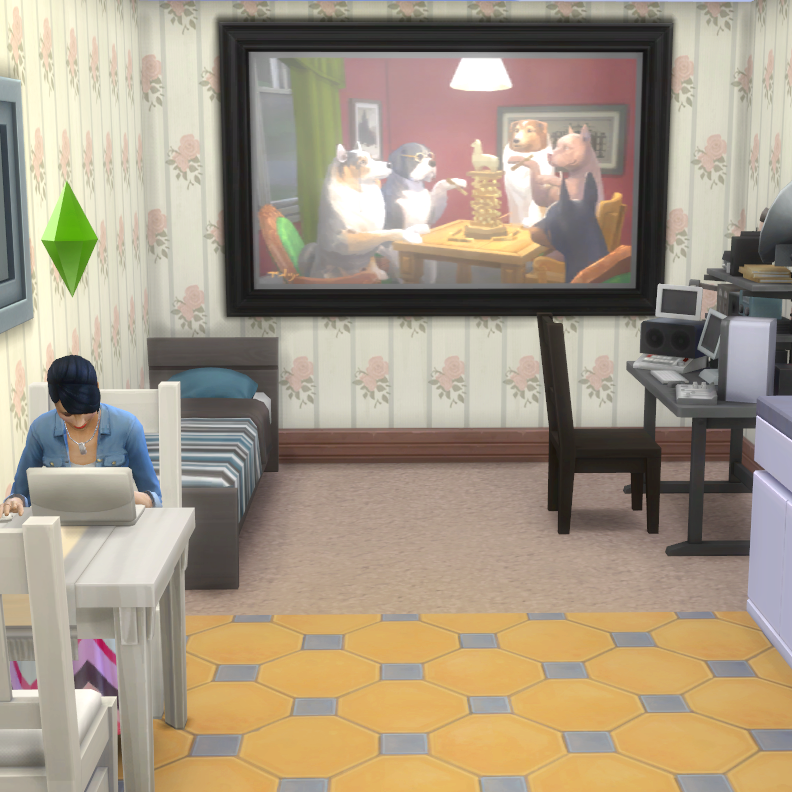 A few neighbors wandered past. They were, um… 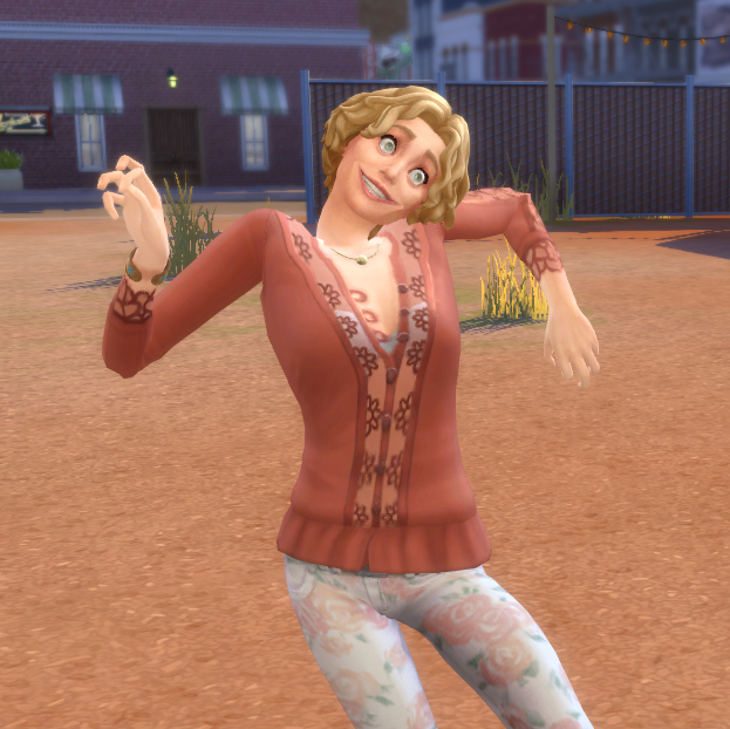 The next morning, Cordelia woke up and fixed herself a grilled cheese for breakfast. Grilled cheese: It’s not just for lunch, snack, or dinner anymore! 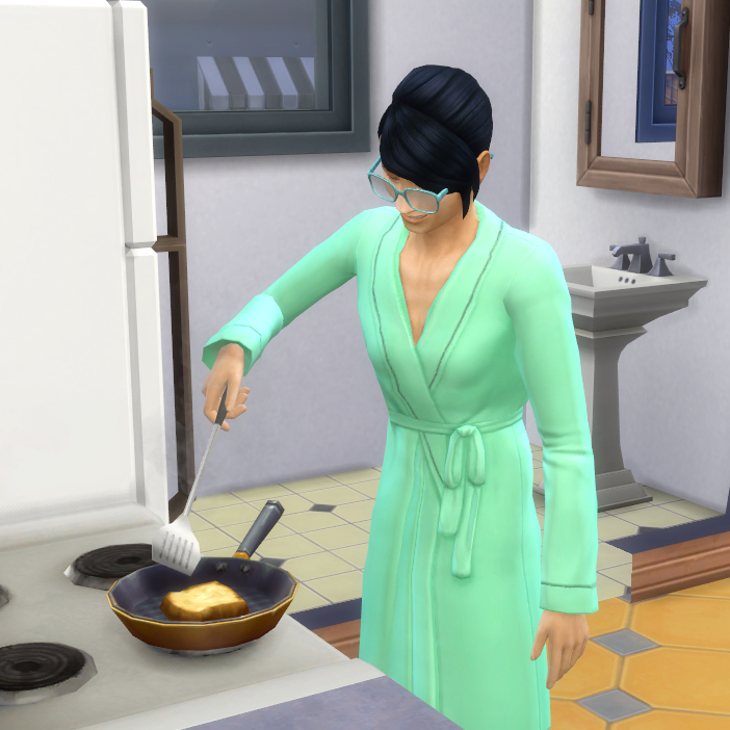 After practicing a bit of freelance computer programming, I sent Cordelia out for a walk, to explore her new neighborhood on this fine spring day. Just up the block we found a… gift shop? 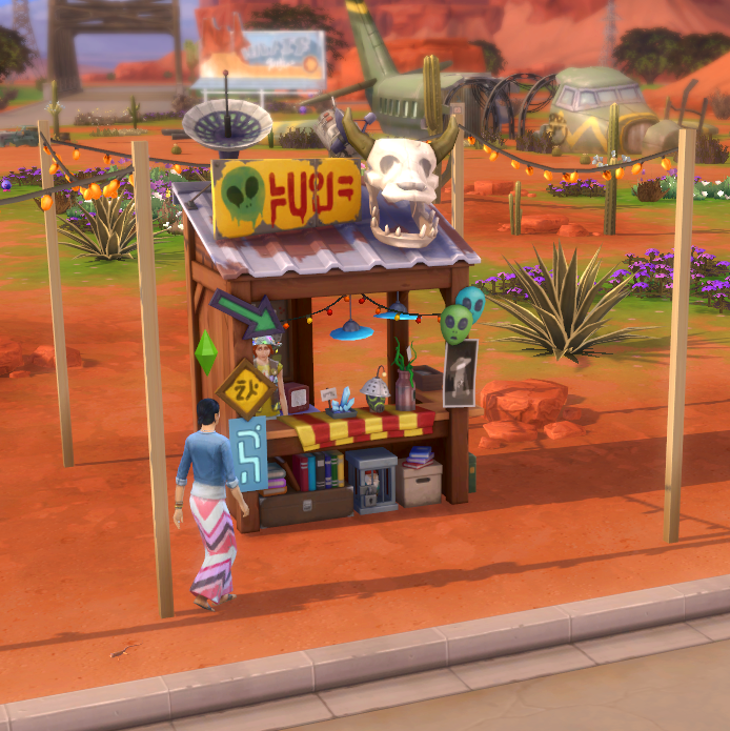 I don’t know what’s going on in this town, but I like it!

There, Cordelia spoke to Erwin Pries, the conspiracy theorist and owner/operator. He dropped some hints about the Strangerville mystery, and suggested that she talk to scientists and military people around town. Also, rumor has it that scientists are researching the Strangerville archives at the library.

I sent Cordelia to the library, where she played chess with Cassandra Goth. (!) 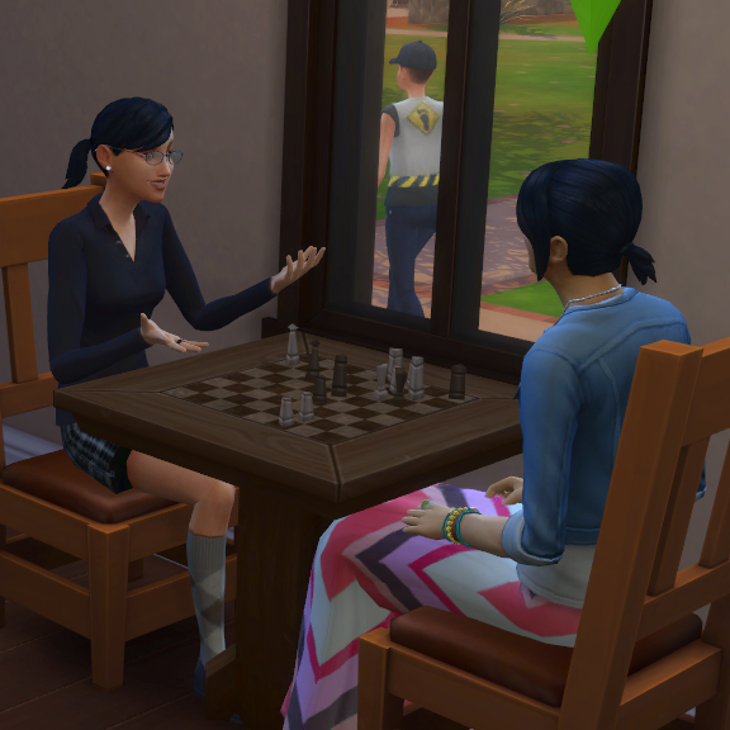 Cassandra suggested that Cordelia sneak through the back gate of the Secret Lab to check it out. Intriguing!

Cordelia started getting hungry, but this time I came prepared. I had the forethought to instruct her to pack up her grilled cheese sandwich leftovers in a sack lunch and bring it with her. 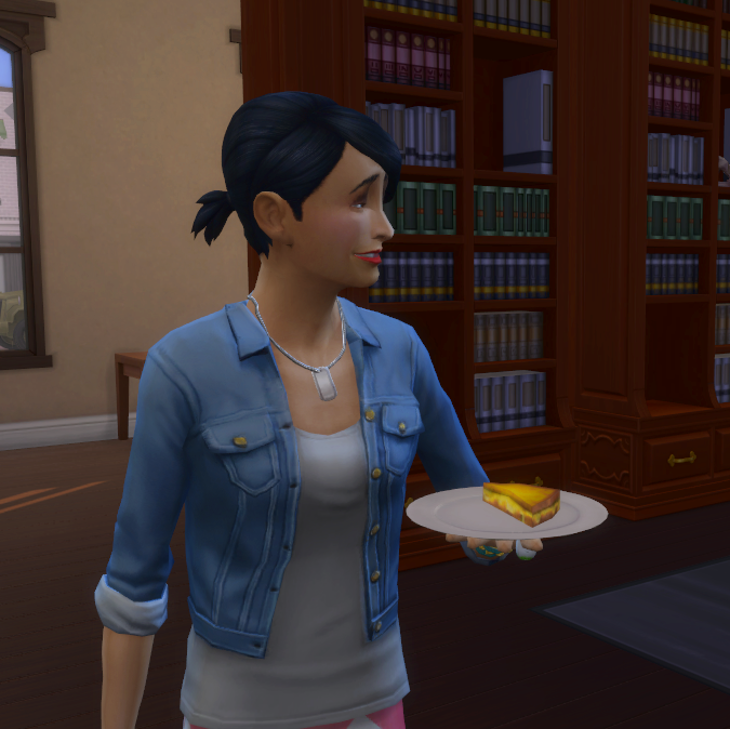 NOTE: We do not condone eating grilled cheese sandwiches at the library! 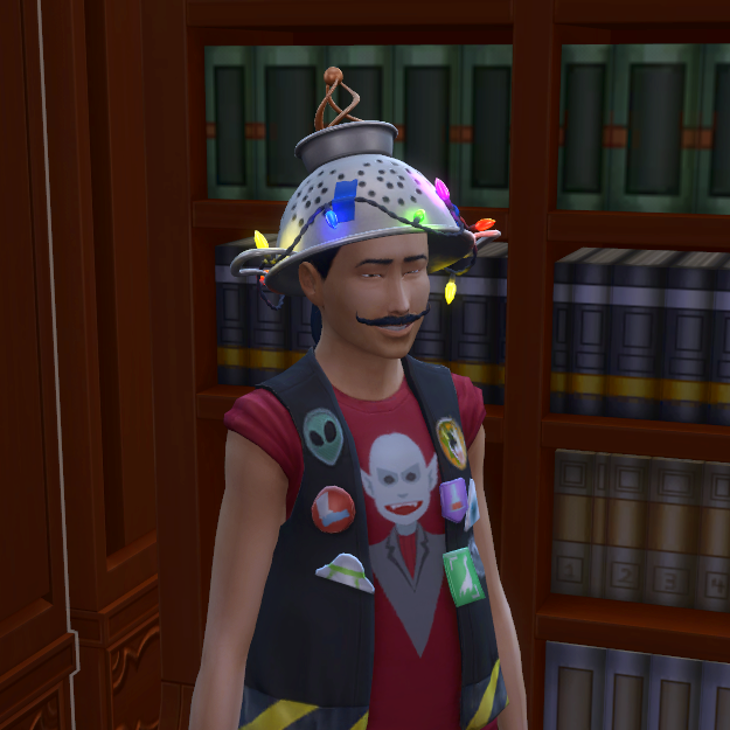 I have a lot of questions. Like, does it work? And, what’s the deal with that mustache?

Next, Cordelia was off on her next objective: Examine the sealed door at the secret lab. Cassandra was right, the back gate of the lab was open. Cassandra snuck in and found the lab empty. 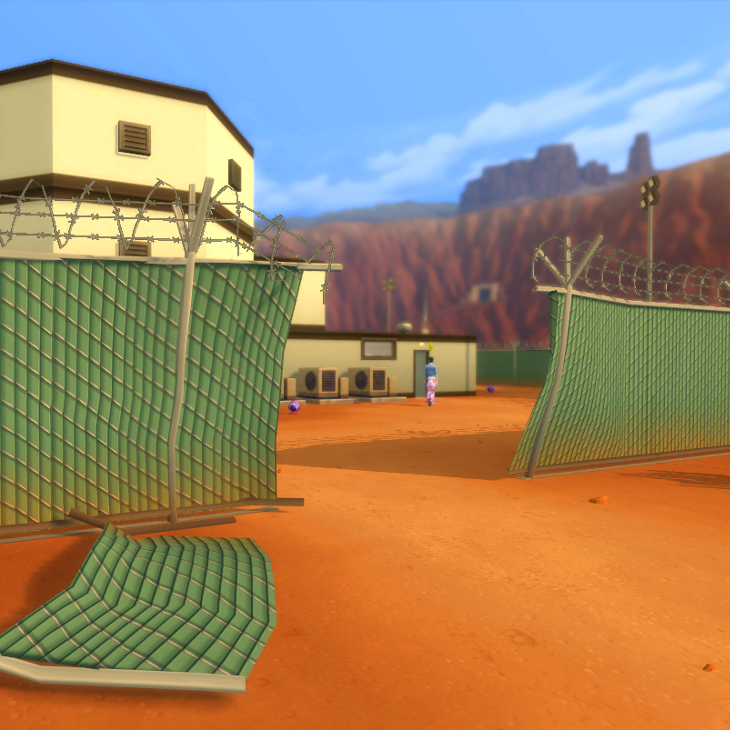 She searched for evidence around the lab. 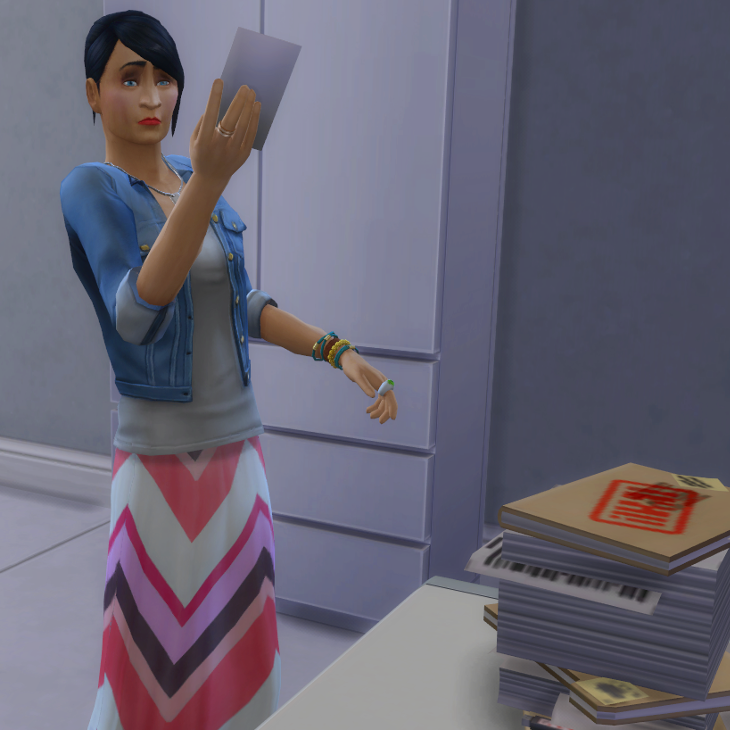 Then she got hungry, and fixed herself a sandwich in the abandoned secret lab’s kitchen, because why not?

On her way out, she took a picture of one of the strange plant pods growing around the lab. 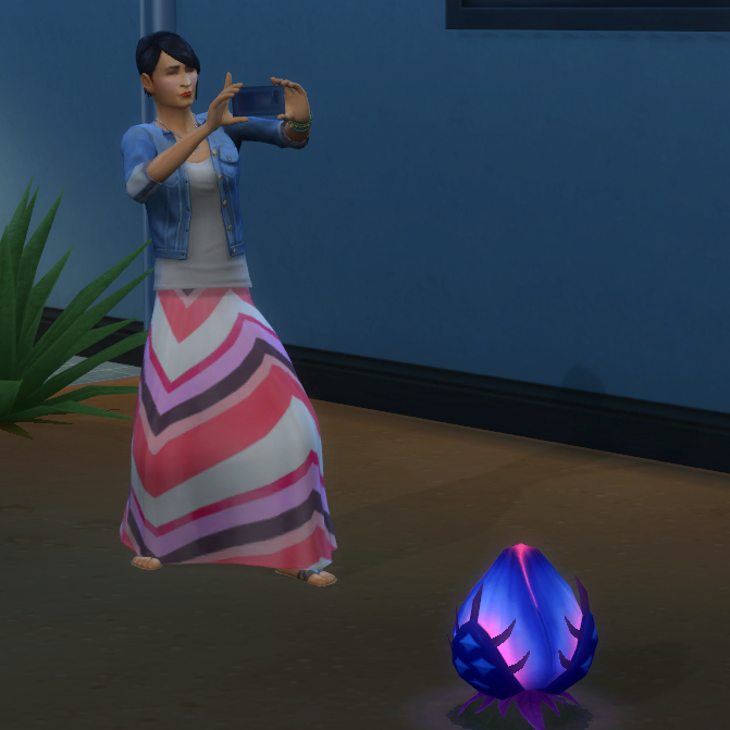