It’s Pride Month, and I’ve been thinking a lot about The Sims lately, and how it has been actively supporting the LGBTQ community for over 20 years.

Thinking about it, I realized I have never created a trans Sim. Pride Month seemed like a good time to start!

I began with this Sim. As you can see, the assigned gender is “male,” and this Sim is presenting as male as well. (Right down to the white tube socks with sandals. Yikes.) 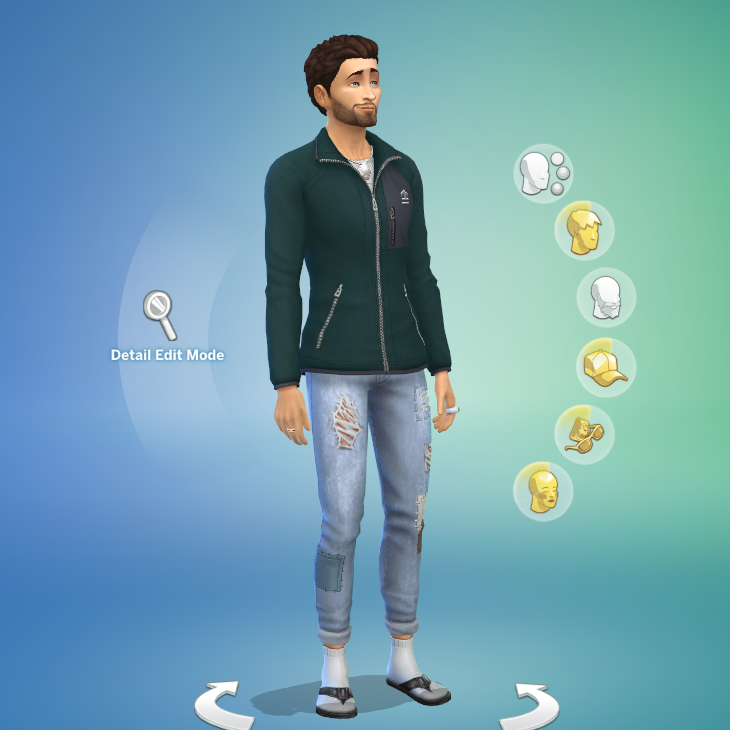 It doesn’t matter what this Sim’s original name was. This is Cordelia, and she prefers the pronouns she/her.

The hair and face was easy. I removed her facial hair, and gave her long bangs with a short ponytail. (She’s growing out her hair.)

Now it was on to the clothing. I spent a long time trying things on. At first, I really liked this top on her. (Ignore the bike shorts and those stubborn tube-socks-and-sandals!) 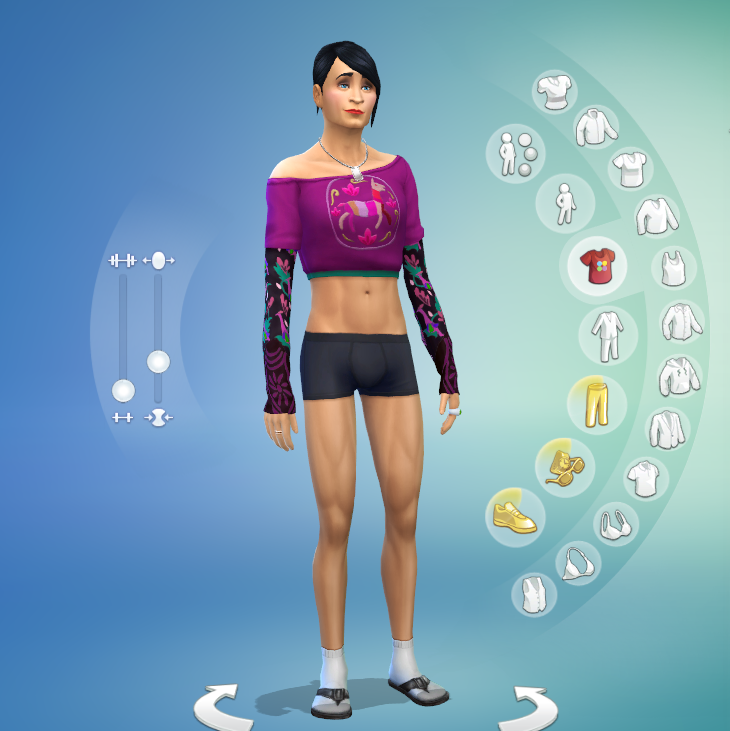 It’s cute, and fun, and colorful, and outgoing – all the qualities I imagined in Cordelia. But Cordelia is new to transitioning, and she’s probably feeling a little too self-conscious to dress like this. So I picked out something just as colorful, but a little less revealing. 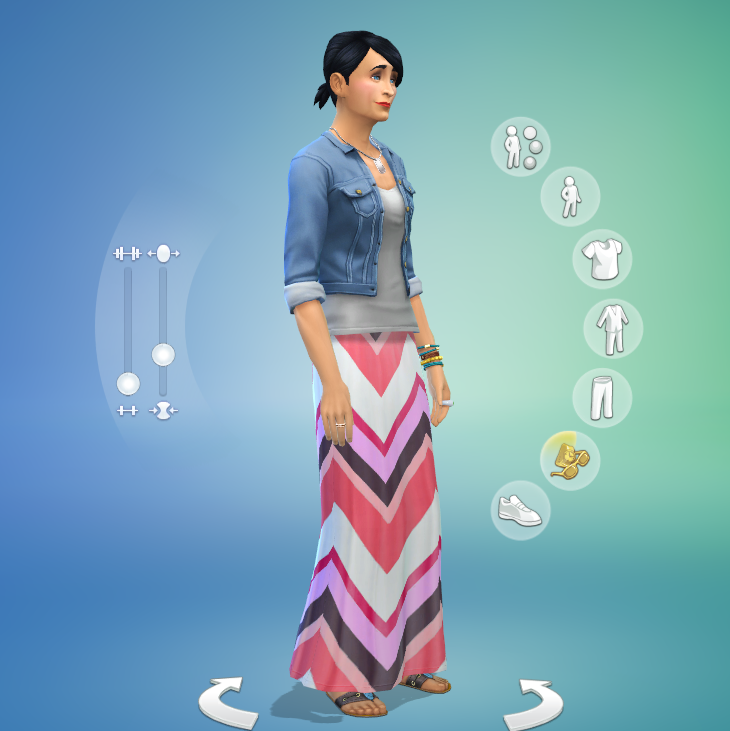 Finally, I moved Cordelia into Strangerville. She has a mystery to solve! 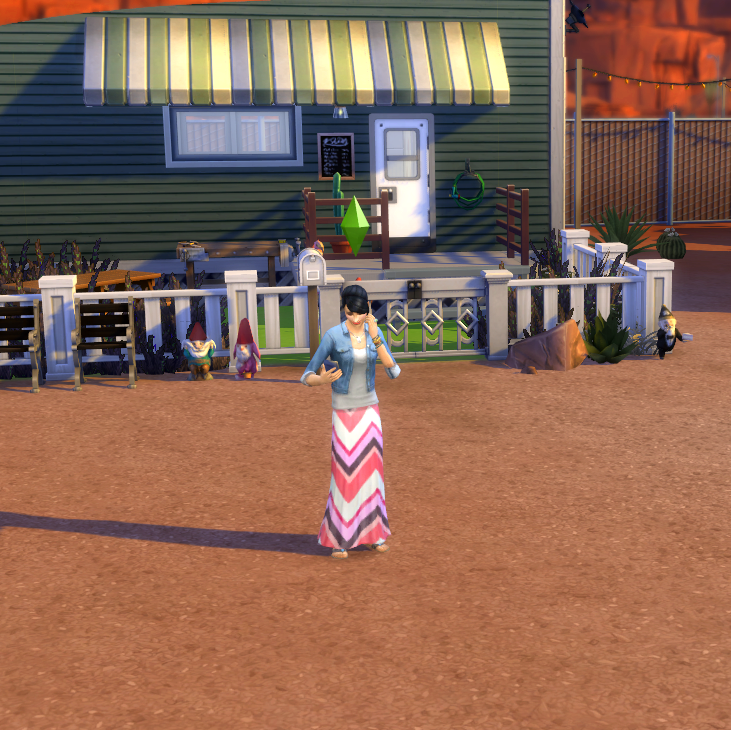 I’m restarting Strangerville from the beginning. Spoiler warning if you haven’t done Strangerville, I will be blogging about the entire storyline.