As soon as I read this article about the new Strangerville game pack I knew I had to try it.

A big part of why I have mostly quit playing the game is that they keep rolling out the same old stuff, and I want something new. A mystery you have to unravel as part of a narrative quest? That’s new! Sign me up!

I decided to start fresh. I created this Sim the way I usually do: I kept clicking “Randomize” until it gave me a Sim who made me LOL. I mean, come on, those pants alone! 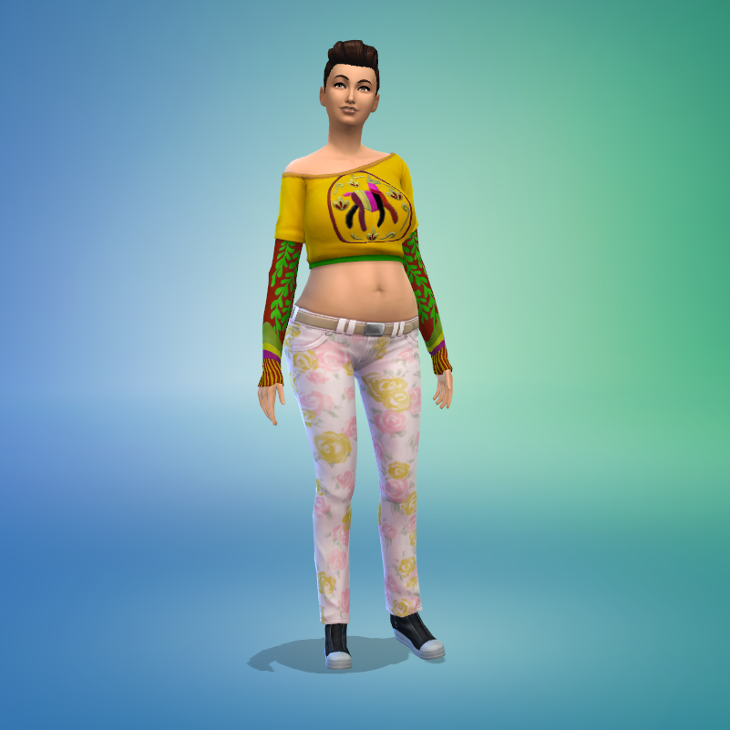 I then gave her the traits Loves Cats, Loves Dogs, and Hates Children. The first thing I did was set her up in the cute little trailer. 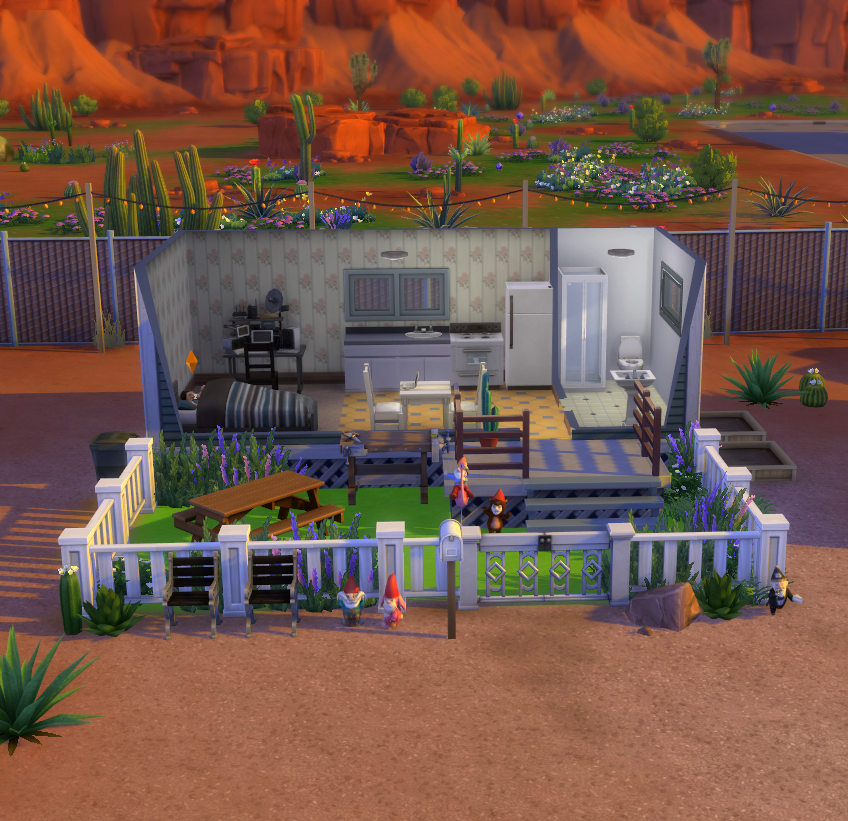 Next, obviously, I adopted the three weirdest-looking cats.

We have Sprinkles, a Bengal kitten. 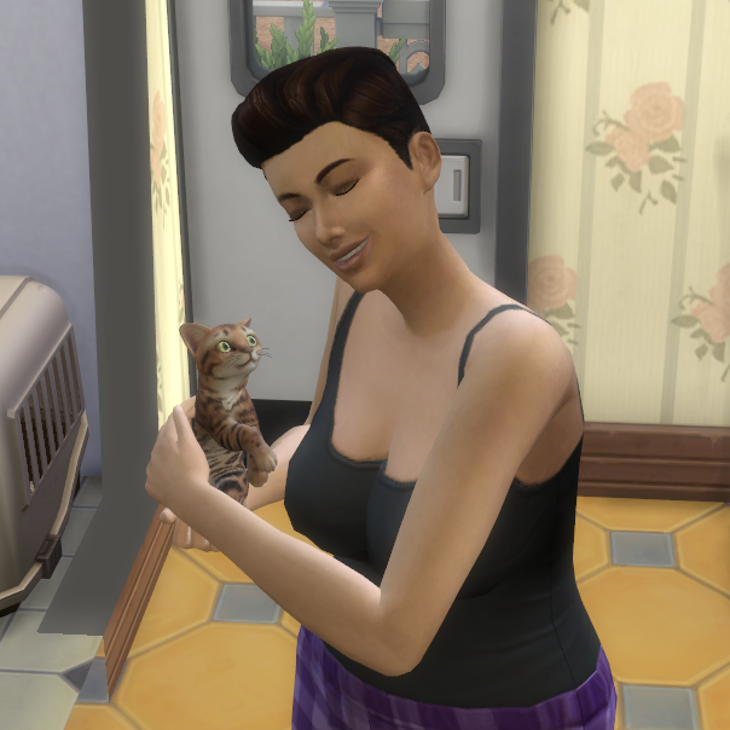 Sophie, who arrived wearing her own pajamas. 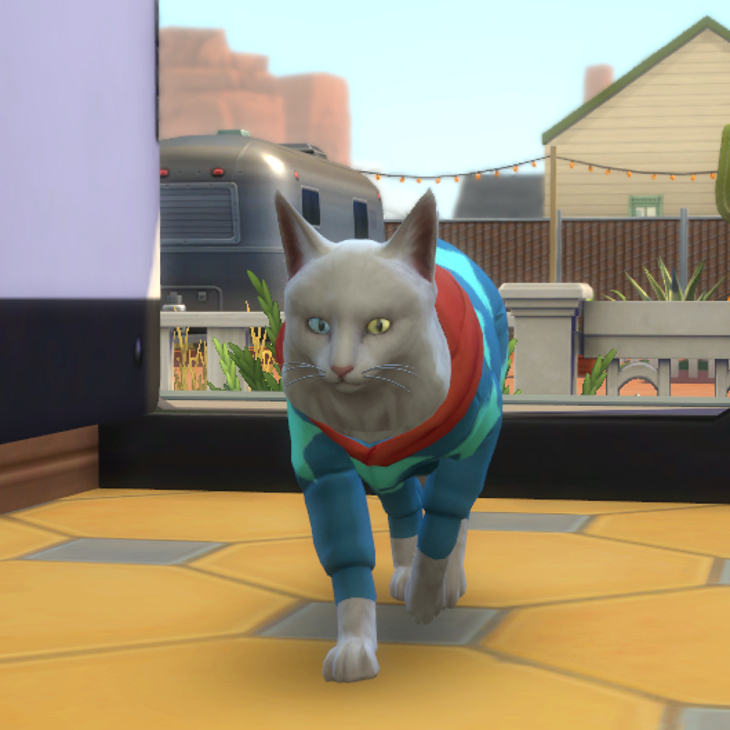 And Chiquito, who has hilarious vampire teeth. 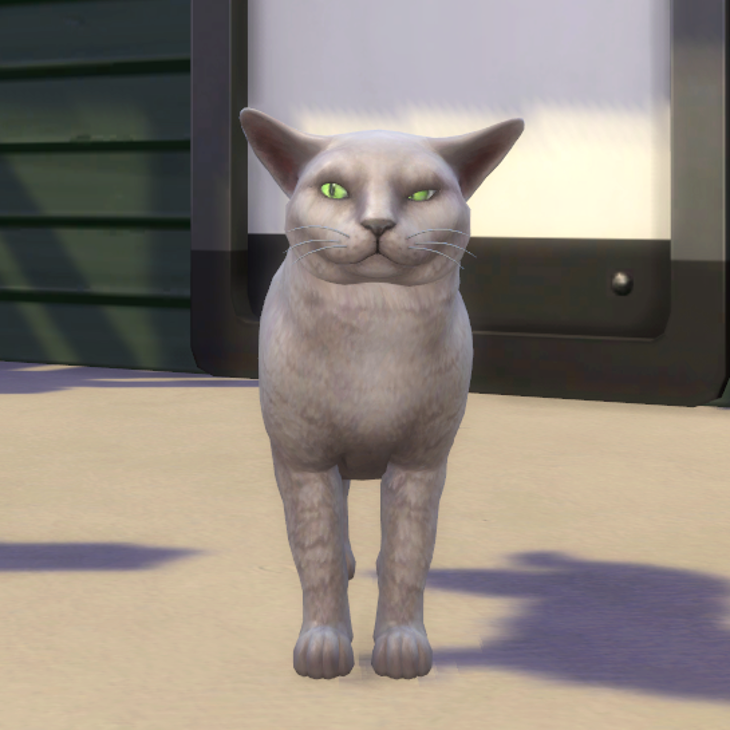 The Sims who arrived to greet Ainsley were weird and creepy, and I loved it. 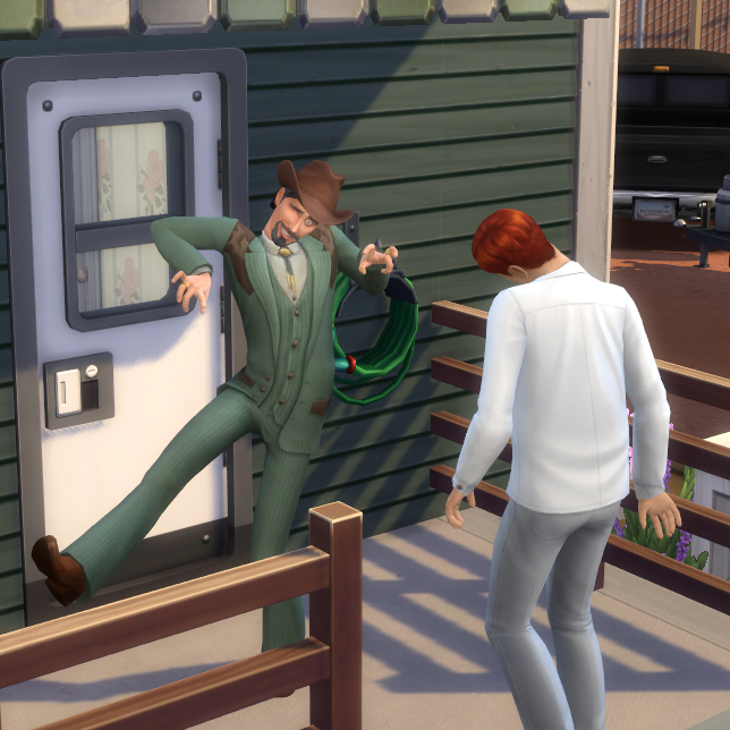 When you’re supposed to be investigating Strangerville, but your cats are just too cute to ignore. 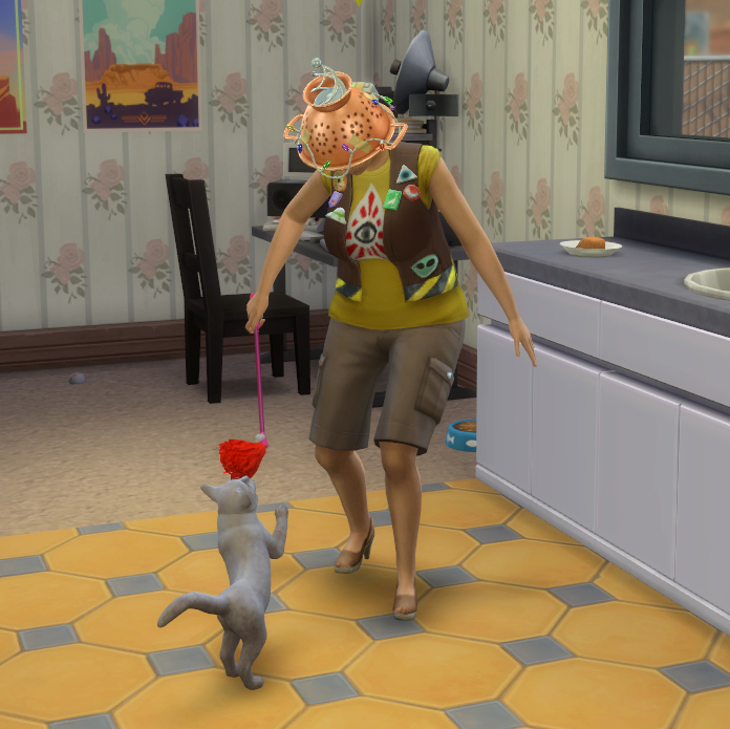