My goal all along has been to start a band of Splines. (Mostly since I can’t find any townies who have any musical talent.)

Along the way, Tyler – now 422 days old – has learned every single song on the bass, and maxed out his skill. This has made him so famous that people are sending him gifts! Like the awesome stove you see here! 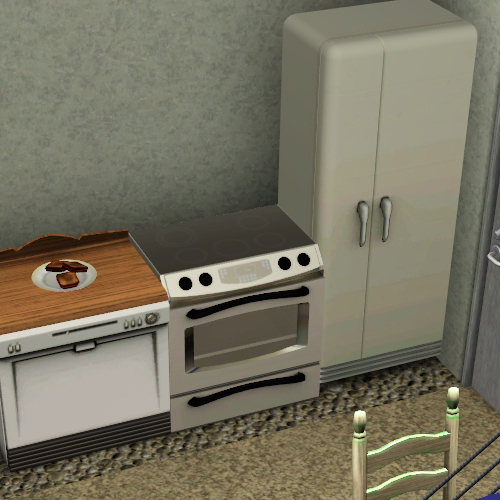 Fans of “The Big Bang Theory” will be bemused to learn that one of the songs you can learn for the bass is called “Soft Kitty, Purr Purr Purr.”

I forgot to record video of it, but I’ll try to remember for next time. I sent Hera to the bookstore to buy all the songbooks for all the instruments. 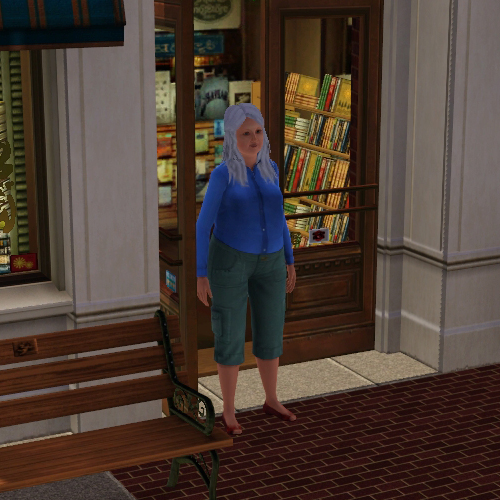 It cost a pretty penny, but she’s harvesting about §6,000 PER DAY from the money trees, so I decided to let them splurge a little.

(I hate the word “splurge.” I can’t believe I just typed it. Splurge. It just sounds so revolting.) 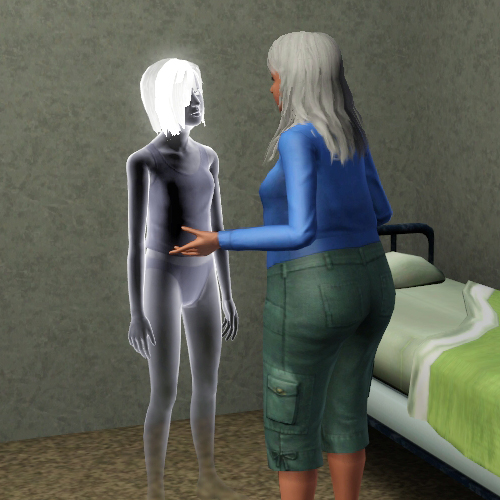 Apparently although teenagers can play instruments, they can’t join a band. Bummer!

Also, there is something about a teenage girl ghost wandering around the house wearing ghost panties that I find unsettling. I need to put that girl in some proper pajamas.

But Tyler and Parker have formed a band! I was disappointed at how low-key the “Ask to form band” interaction was. 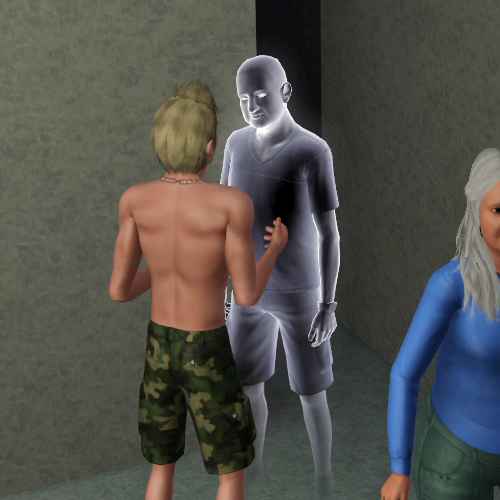 There’s no special animation or thought bubble or anything! Just “Hey, you wanna form a band?” and “Okay, sure,” and then the game asks you to type in a band name.

I picked “Splinetastic,” because I wasn’t prepared for this, and it was the first thing that came to mind. Hardly the most auspicious start to fame and fortune, but oh well!