One of the first things Clone Ana did was seek out the oldest person in the house (Hera) and give her a scare. 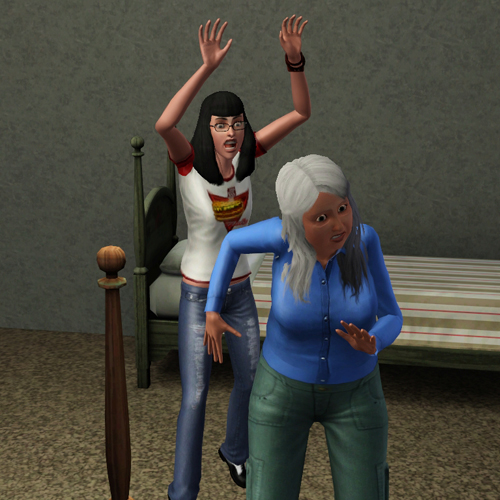 I was like, “That’s it! You’re out!” But first I sent her to City Hall to be renamed Ana1. 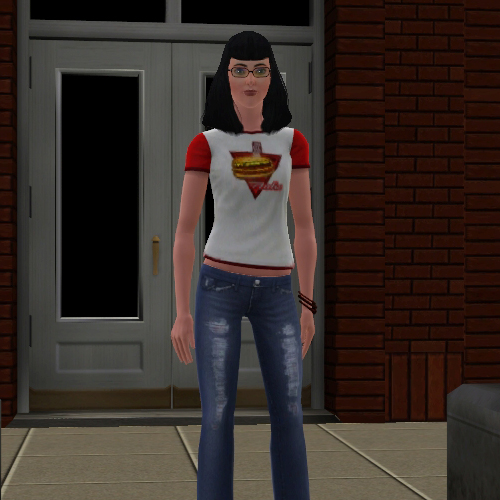 Then I kicked her out.

Meanwhile, Tyler was still mourning the loss of his wife. 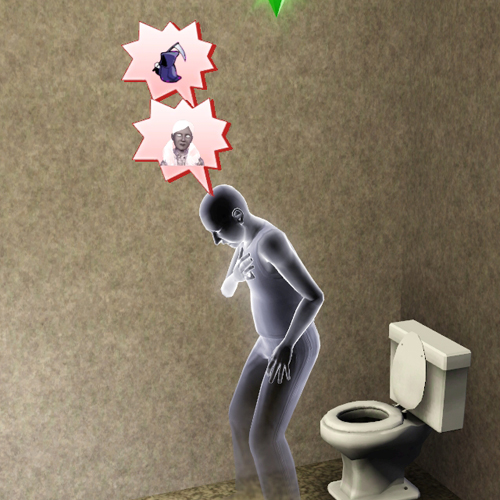 Hey, I know what’ll cheer you up, buddy! More Tylers!

First I sent him to City Hall and renamed him Tyler1. 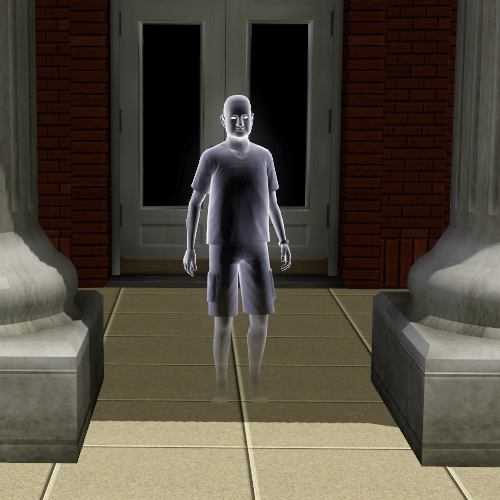 Then I sent his clone lover to City Hall and renamed him Tyler2. 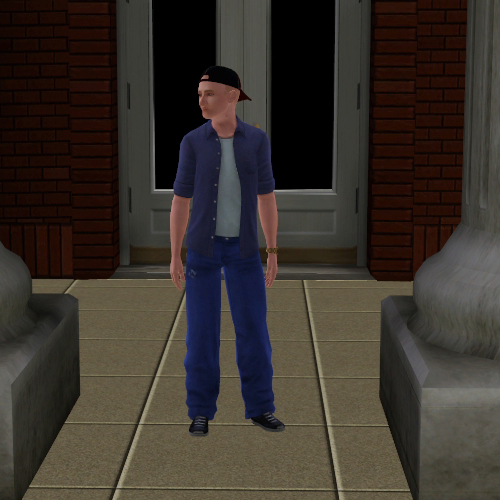 Then I moved in another pair of Splines! 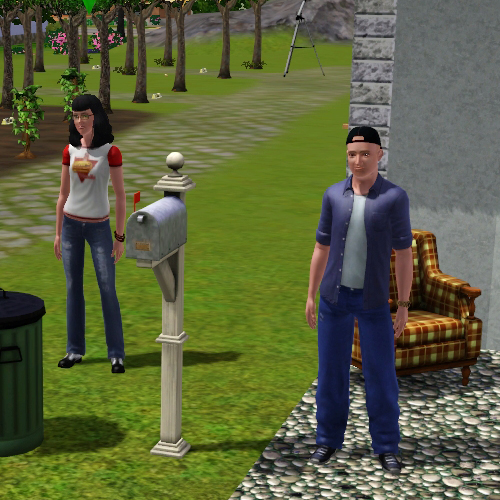 I gave this Ana a purple bowler hat, renamed her Ana2, and moved her out. 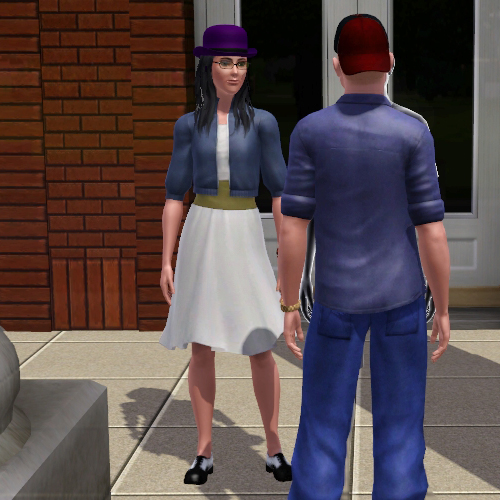 Then I gave this Tyler an “adorably rumpled professor” get-up, and renamed him Tyler3. 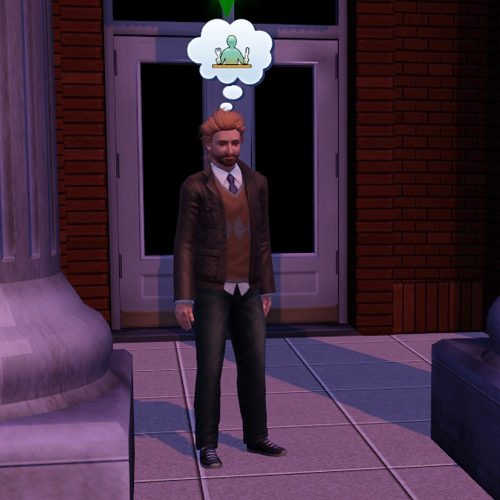 And then I moved in another pair of Splines! 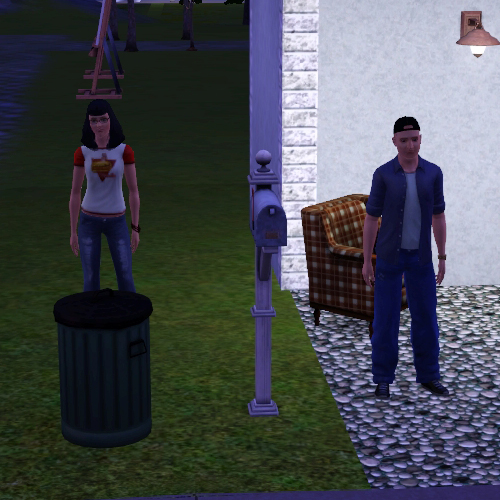 I don’t really have enough wardrobe for an entire Goth, Industrial, or Steampunk outfit. So I just gave Ana a mish-mash of all three styles. 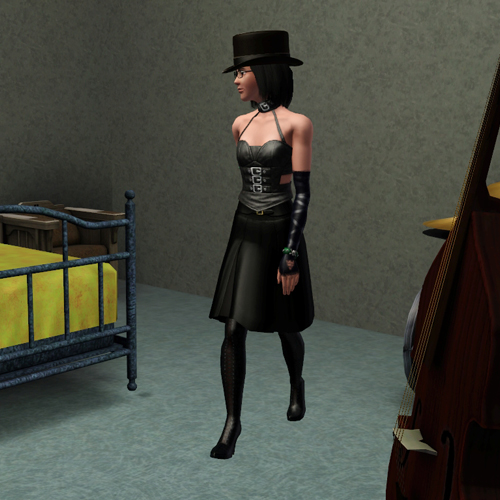 Ditto for this Tyler. (I think it works better on Ana.) 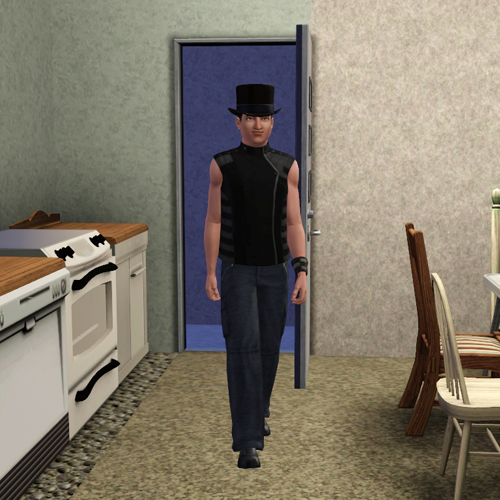 At this point City Hall was closed, so I couldn’t change their names or move Ana out. Lucky her, she got to spend the night. 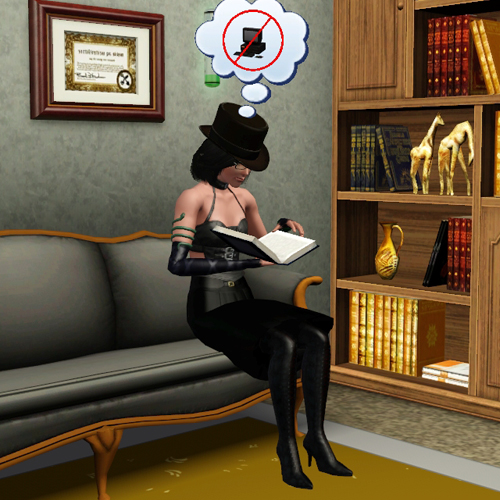 I have room for one more Tyler. I’m thinking maybe Circus Clown Tyler for this one. As always, I’m open to suggestions!