I really wasn’t digging Tyler4’s mock-goth outfit. So I went on a leetle shopping spree at the Sims 3 store and picked up some new outfits.

First I changed his hair color, because I’m having trouble telling the Tylers apart from each other in the thumbnails. 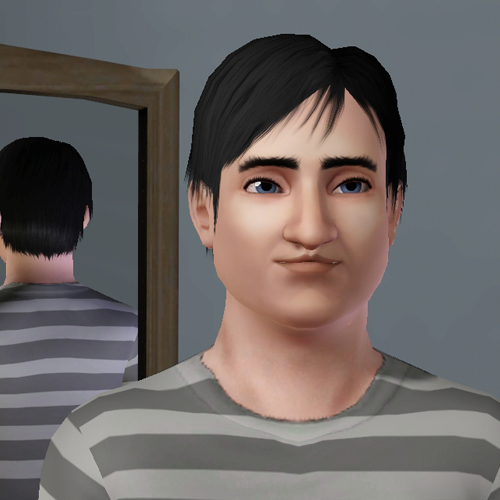 Then I dressed him in… drumroll please… 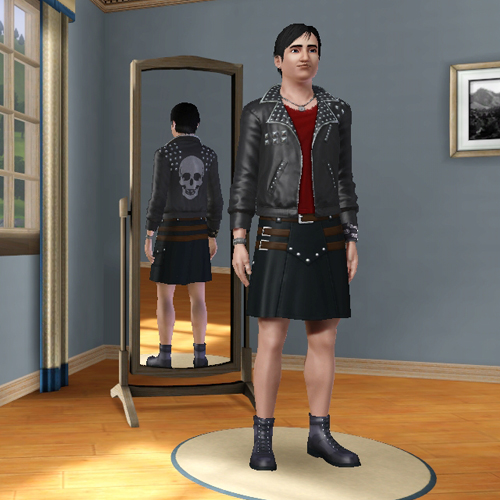 A biker jacket and a Utilikilt!

DUDE I AM SO STOKED THEY SELL UTILIKILTS FOR SIMS NOW.As for his “Formalwear” outfit? 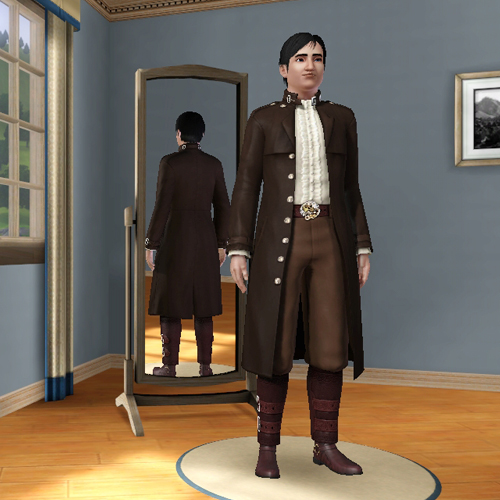 It’s Malcolm Reynolds! The official item description even makes the reference overt. So great!

I had some fun with the last Ana. I gave her one of those “Jersey Shore” style outfits that the Night Life expansion pack makes so easy. 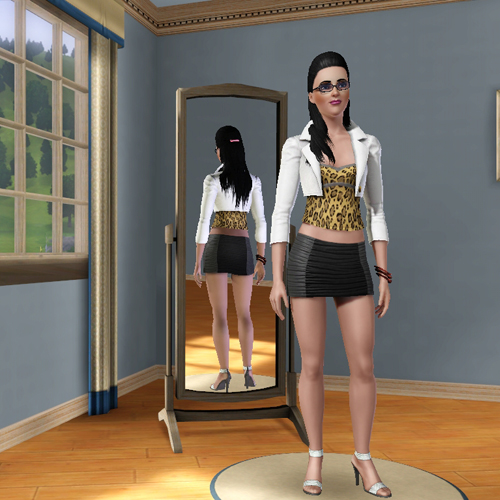 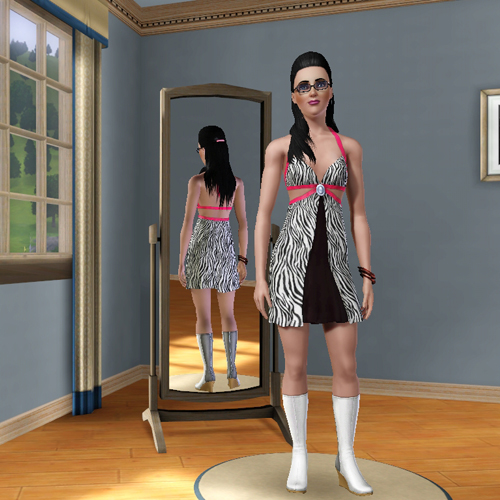 As for Tyler5, the idea of “Gold Digger” was quite popular in the comments. I don’t really know what a gold digger should look like. So I picked a pirate outfit! Because pirates dig gold, get it?! 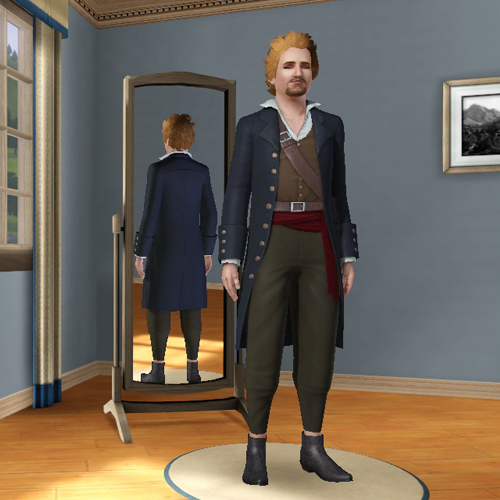 (Also, because the outfit is aces.)

We again had to wait until morning before I could rename Ana and kick her out. At least she made herself useful by voluntarily grilling some dogs for everyone. 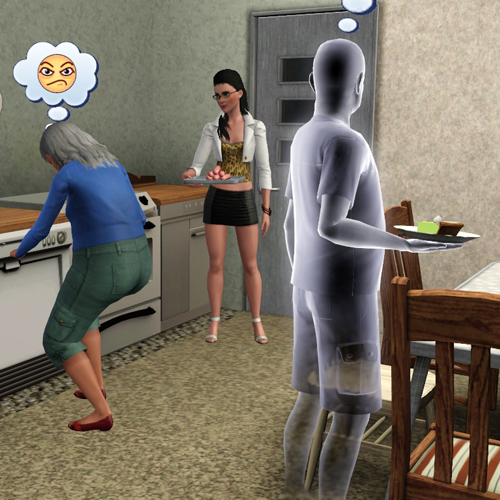 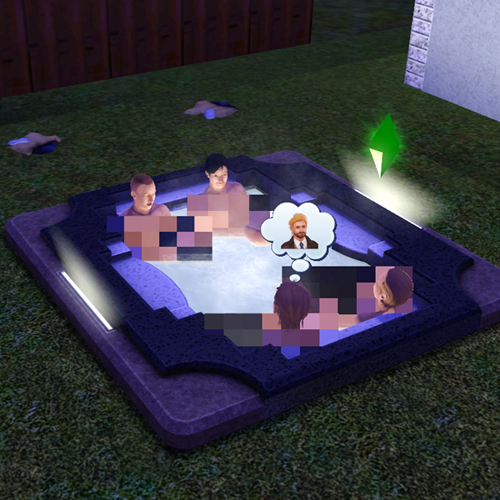 I sometimes stand around and think about nachos, too. 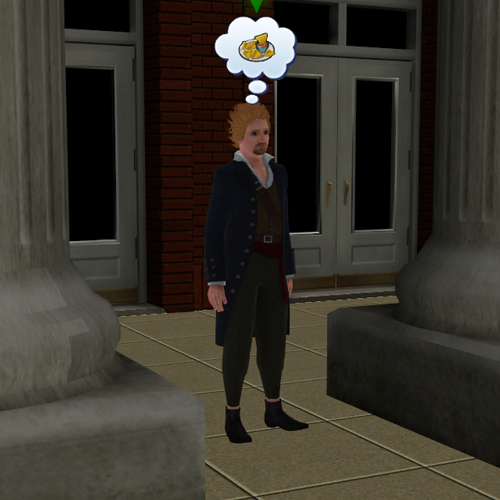 Finally, it was time to get down to business. I signed up Tyler2 for the Athletics career, Tyler3 (the rumpled professor) for the Education career, Tyler4 (Utilikilt) the Cooking career. As for Tyler5, I decided that he should run around gathering gemstones. Because pirates love gemstones, you know. 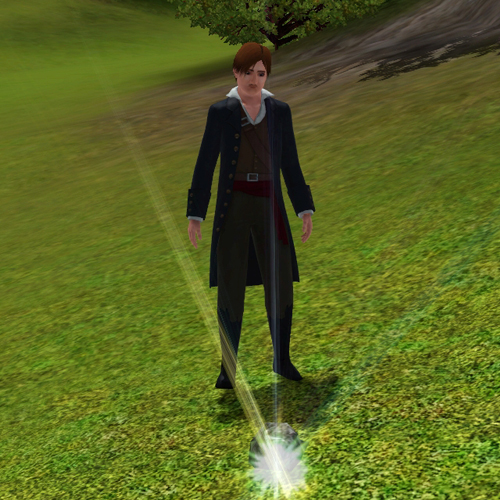 (I also changed his hair style and color, and gave him a little Dread Pirate Roberts mustache.) 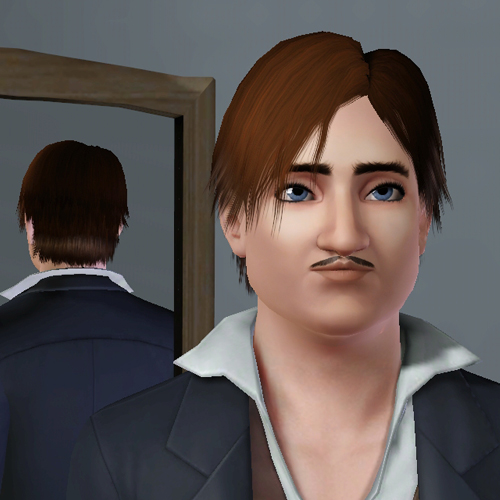 Finally it was time to start playing. The first thing that happened was that Tyler1 and Tyler2 had a bit of a spat. Tyler2 even literally turned up his nose at Tyler1. 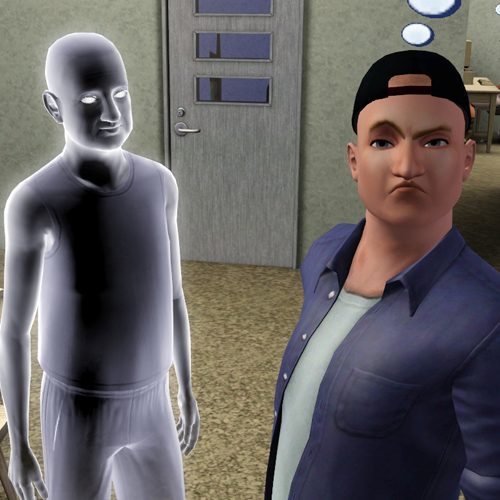 The next thing that happened was that Aubergine grew into a Mature Adult, and a bunch of Tyler clones rushed the bathroom to celebrate with her.

And then the next thing that happened was that my lights started flickering (I’ve had several storm-related outages this week). So I panicked, saved and quit, even though Tyler5 was still out collecting gemstones. (It doesn’t hurt them to save and quit when some of your Sims aren’t at home – it just makes me feel like I’m abandoning them out in the cold somehow.)

Which leaves me sitting here, lights still on, wondering if I dare go back to playing!