After Parker grew up, they all went straight to bed. First thing the next morning he woke up and started for the kitchen to get breakfast. But Angela intercepted him, and started picking on him. 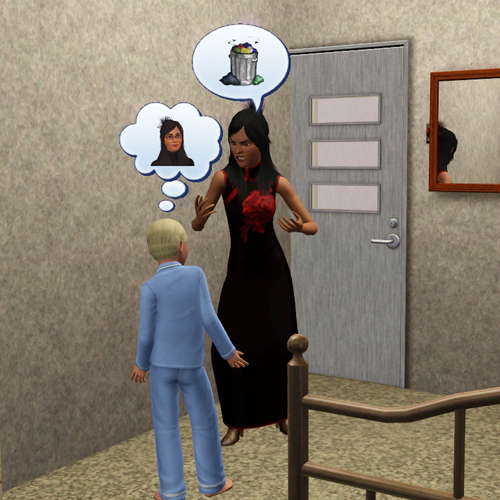 Thanks, mom! You suck.

Having Parker in school freed up Hera to go do things around town during the day. I sent her to the neighborhood garden, to pick all the ripe fruits and vegetables. (So rude!) 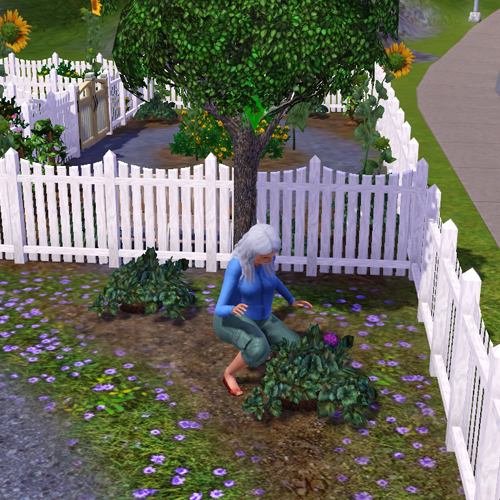 That afternoon, Angela finished her painting. It was… well, the important thing is that it was worth §28. 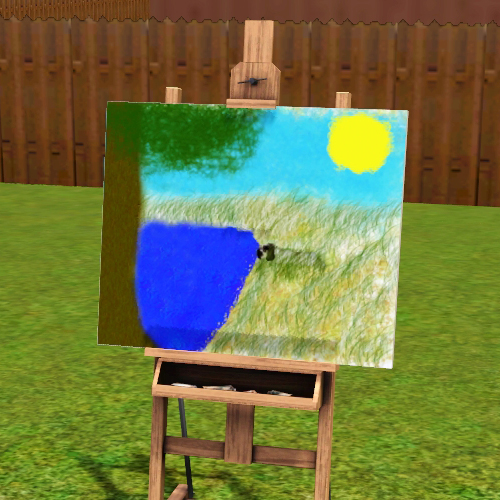 When Parker grew up, the game gave him the “Loves The Outdoors” trait. After school I sent him across the street to the park to go fishing. 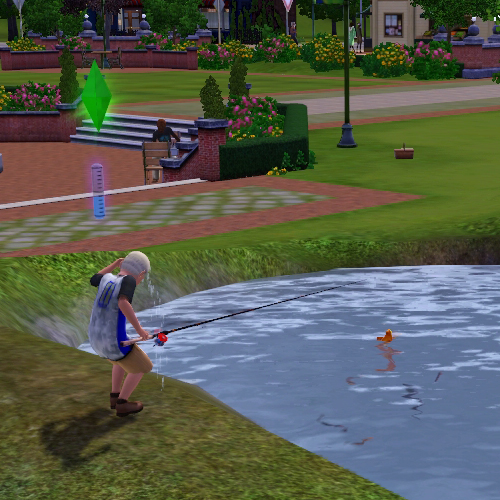 Soon the sun set, and he started to get hungry. 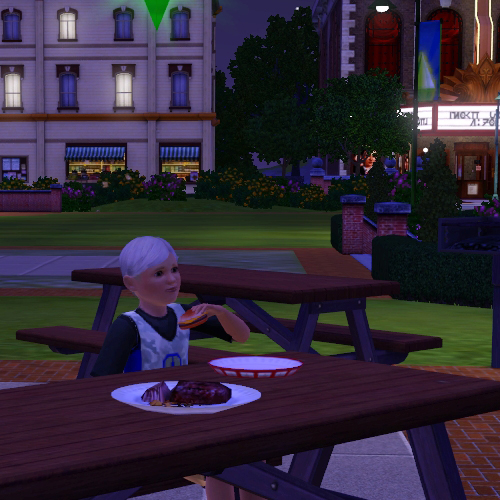 Luckily, if you hang around the park long enough, someone eventually grills up some burgers and leaves the plate unattended.