Their kitchen could do with a bit of tidying. Does this really look like a fit place to raise a child? 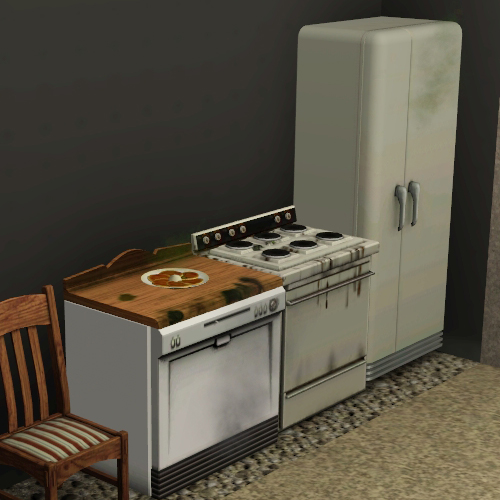 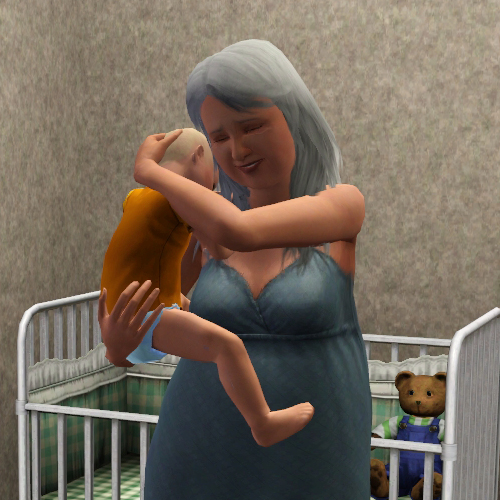 Luckily for Parker, Sim television doesn’t rot the brains of little Sim toddlers. Because man, he watches a LOT of television. 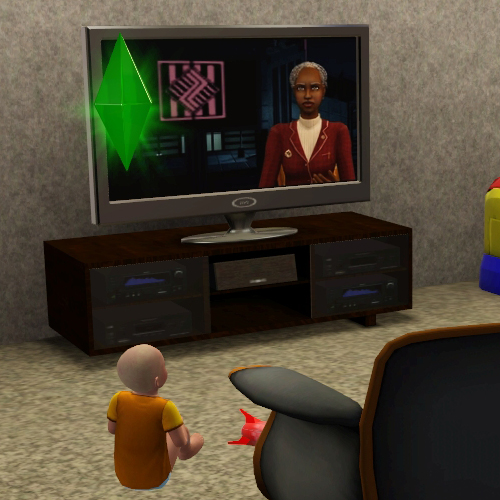 Their household is currently worth §52,180. I decided it was time to kick it up a notch, and get everyone a lucrative hobby. 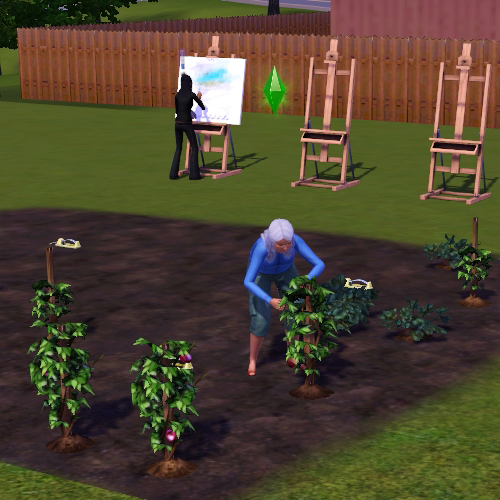 While his moms were busy scrimping for cash upstairs in the yard, Parker grew into a child all alone. 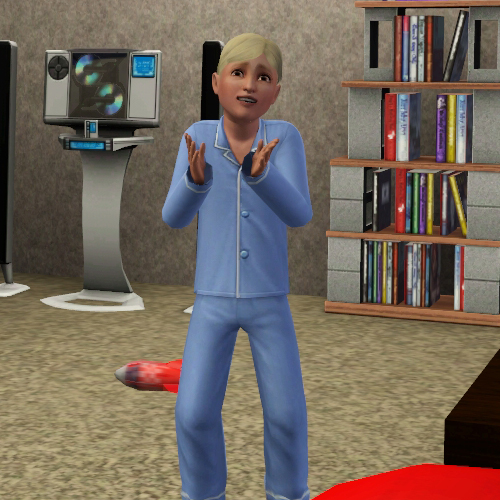 Well, alone aside from his constant companion, the jolly TV chef. 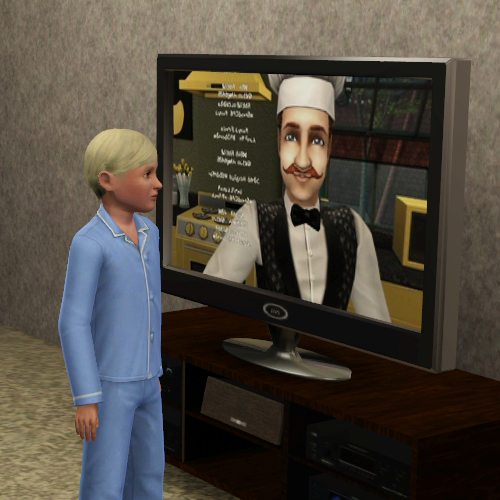