Angela and Hera have actually had some positive interactions lately. Here, they’re talking about Angela’s new job at City Hall. 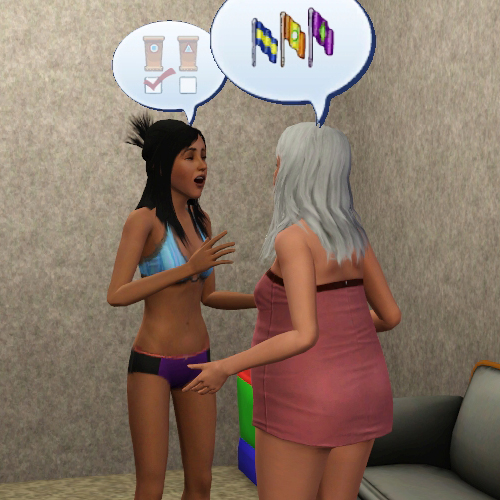 Only to be interrupted by Parker, who came over to complain that Angela hadn’t done the dishes. What! 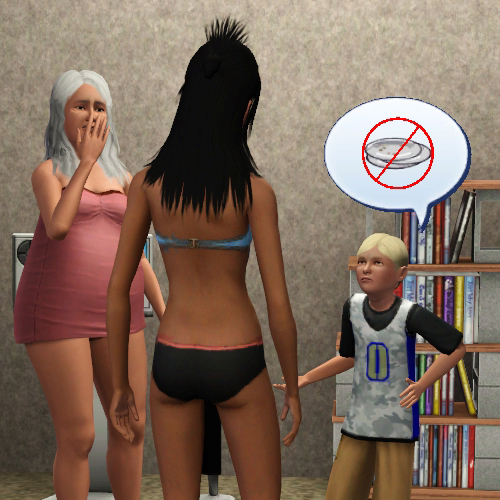 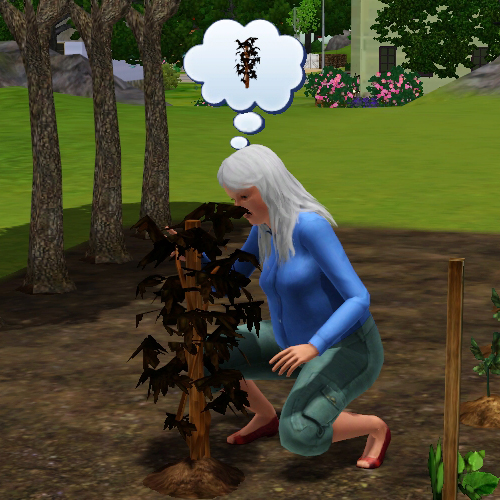 Finally it was time for Parker to grow up into a teenager. I dressed him like a cowboy. I’m not really sure why. It just seemed to suit him. 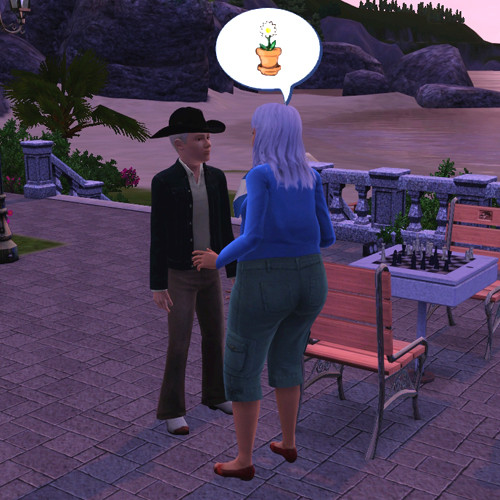 I don’t like having teenagers share a bedroom with their parents. There’s a line, you know? So I moved his little single bed out of Angela’s room and onto the lawn. 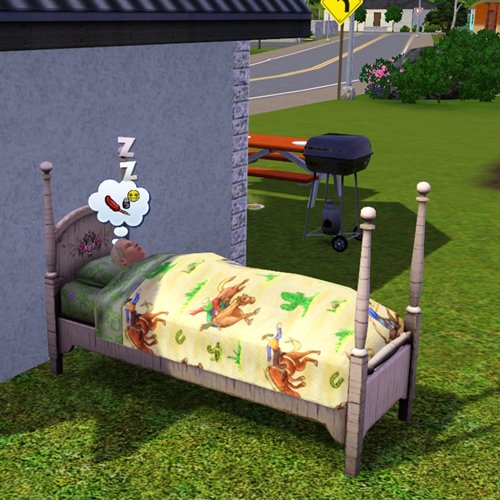 He likes it out there! You can see that I put it on the shady side of the building, so the morning sun won’t shine in his eyes. I’m thoughtful that way.