We were crashing and burning with the cupcakes. Out of sheer desperation, I bought one of the most expensive decorative items Aurora could afford, a $425 chicken statue, and set it for sale. 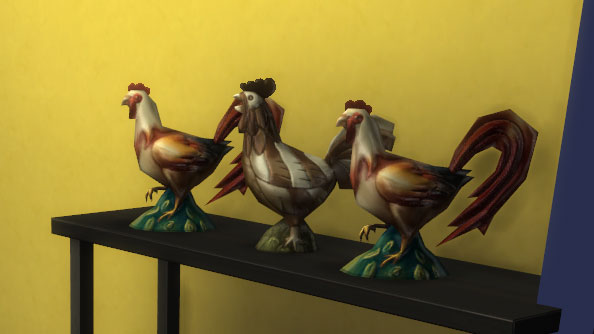 And people went nuts for them. Look at this woman’s face, as she beholds her next purchase. 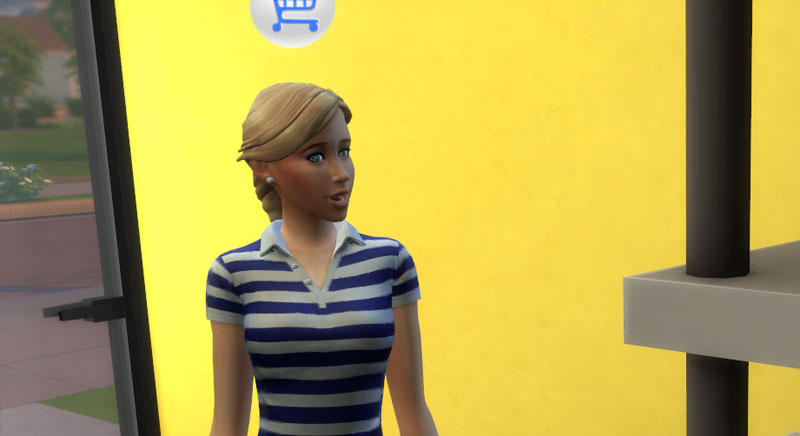 “It’s majestic! I must have one this very instant!”

One complaint I have about The Sims 4 is that there aren’t many NPC Sims. The entire town seems to consist of like… eight people.

Including this kid, whose name is Raiden. I’m beginning to get a little worried about Raiden. He is Aurora’s best customer. He buys a chicken statue from her every day. 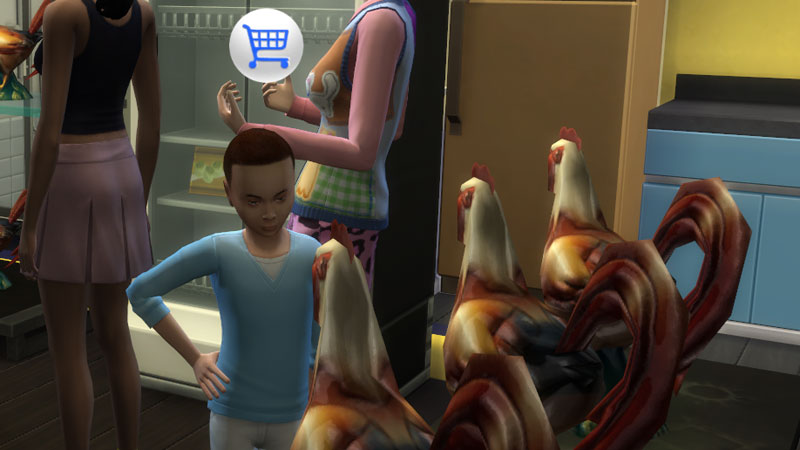 What is this kid doing with all those chicken statues? Where does he get the money? I don’t know, and I don’t WANT to know.

Unfortunately there are only three eligible people in the entire town: one elderly man, and two young adult women. And when Aurora made a pass at the man, he made it pretty clear he wasn’t interested. 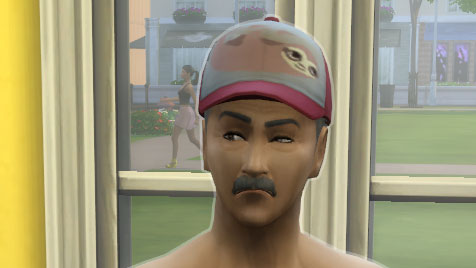 Aurora did better with the ladies. Maybe it’s the cowboy hat. At any rate, this woman was totally into her. 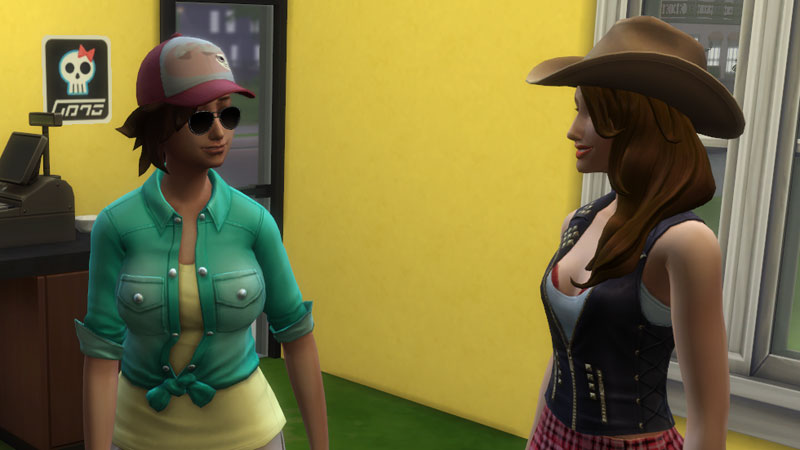 I don’t know what to say about that outfit. I think the sunglasses really sell it, though. And who wouldn’t want to date an entrepreneur with a burgeoning chicken statue-selling business, and a grand home like this? 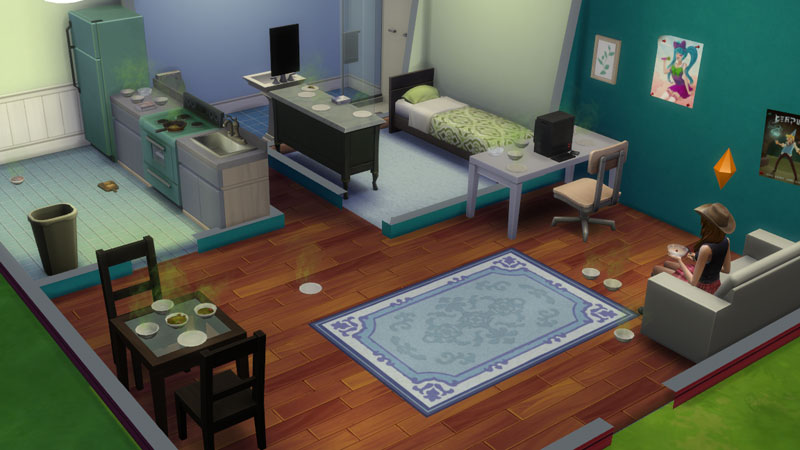 Stink lines and all.