I finally got the Pet Hygeinator! Then I quickly adopted four more cats, which the game named Bella, Hannah, Ratchet, and Elmer. 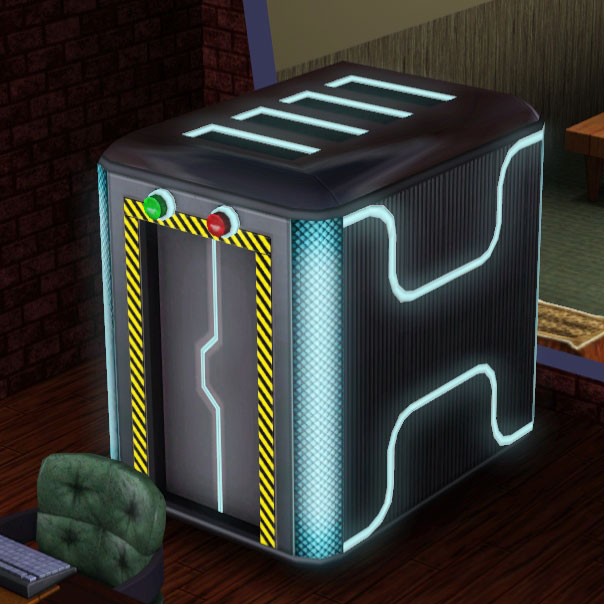 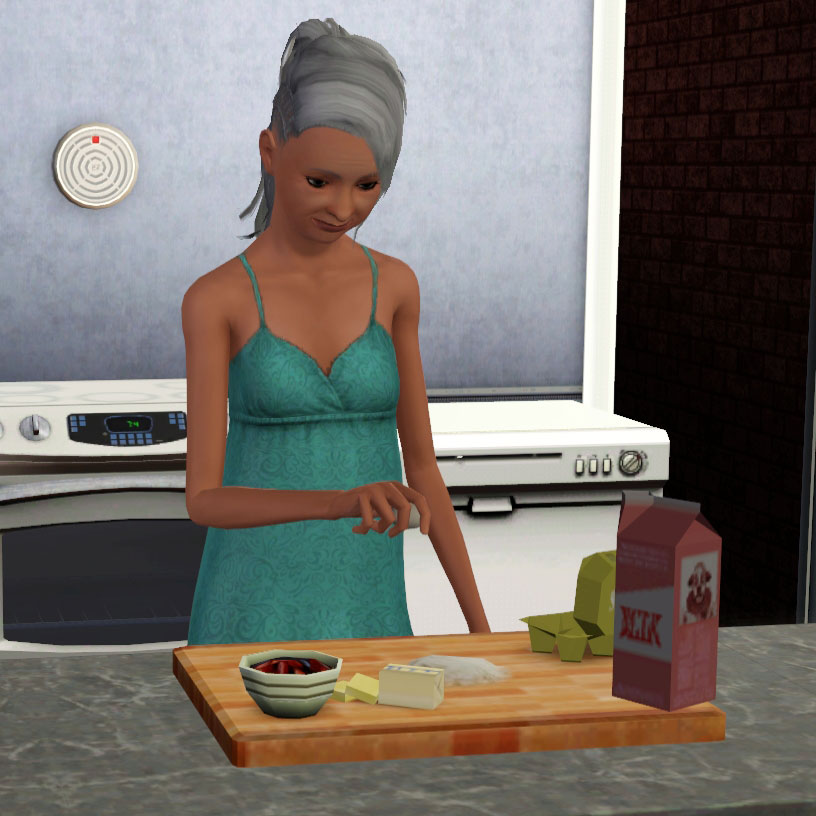 Played with her cats for a while. 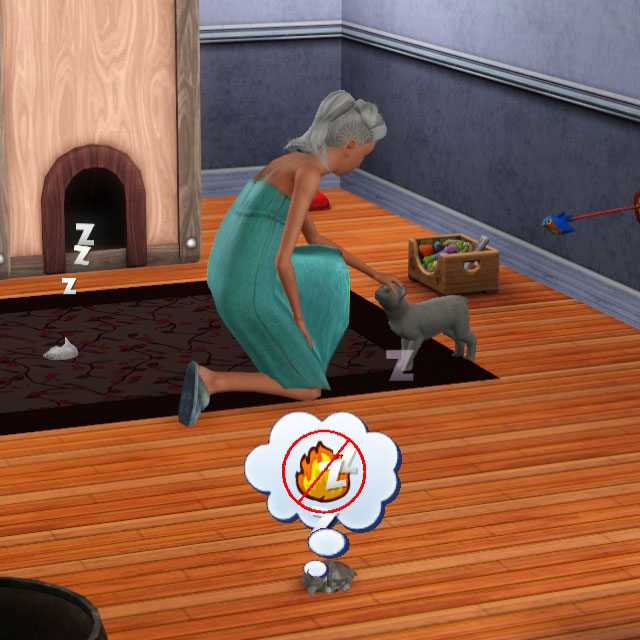 Then she went outside to build a snowman, but Death came for her instead. 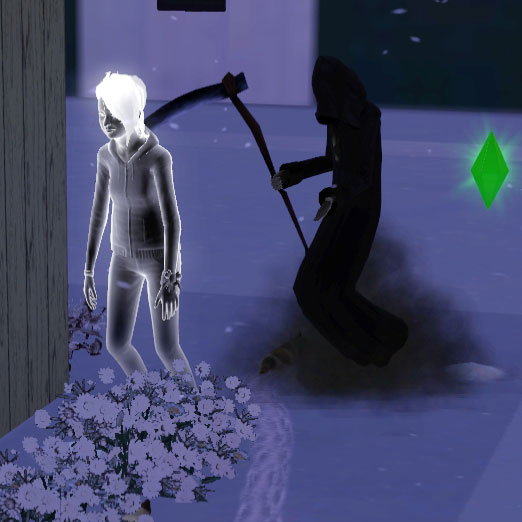 All of her cats came outside to mourn her passing. 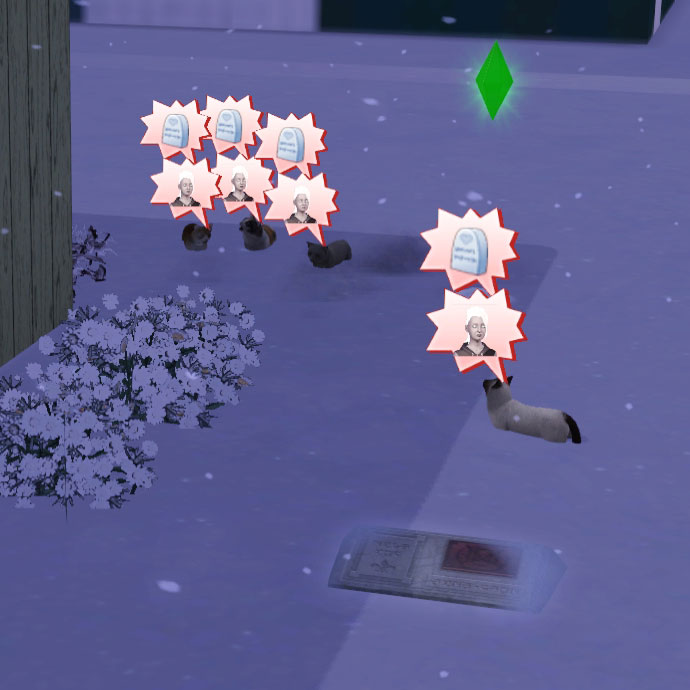 Then Animal Services came to take all the cats away, The End.

Meet Aurora Spline, seen here talking to some kid in the park. Aurora lives in The Sims 4, and is a Cheerful Glutton Slob. (I let the game choose her outfit with the Randomize button; isn’t it the best?!)