Once Kira’s one-week waiting period was up, I decided to start small. I had her adopt two cats, and used one of them to work on getting the Pet Hygeinator Lifetime Happiness reward. 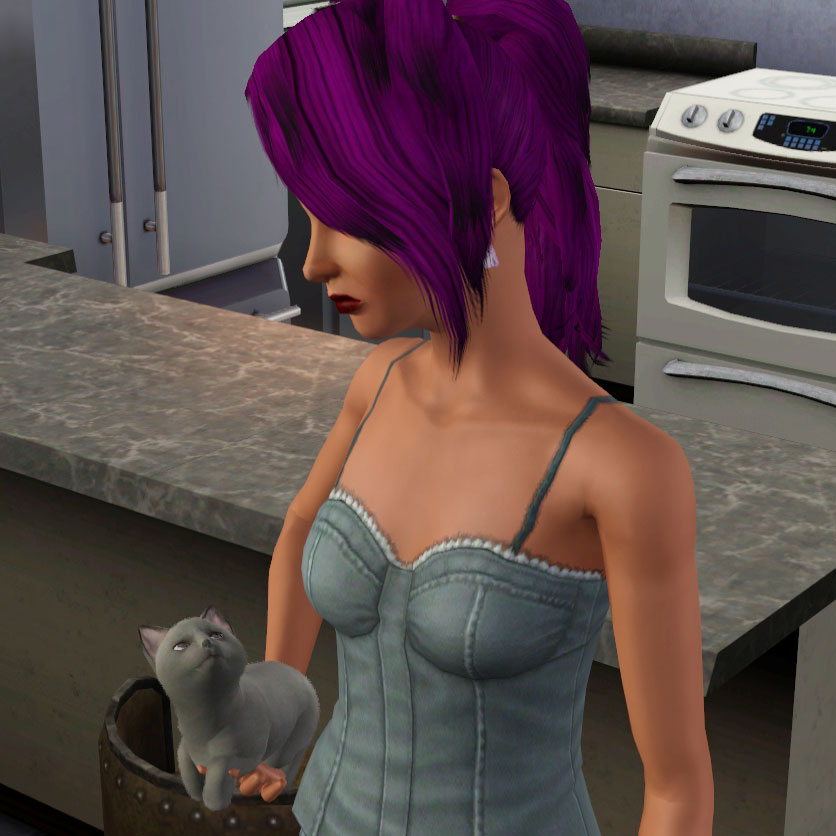 The game named these cats Kitty and Baby. Not the most original names, I grant you. I rather miss Diddy Cat. Kira had built up over $13,000 at this point. I stopped making her write novels in her one-woman wordsmithing sweatshop, and ignored her in favor of grinding wishes for Kitty to earn Lifetime Happiness Points. At one point, some rando asked Kira out on a date.

I was busy with Kitty so I said yes, then promptly forgot all about it. A few hours later I remembered that she was on a date. I switched over to see how it was going. 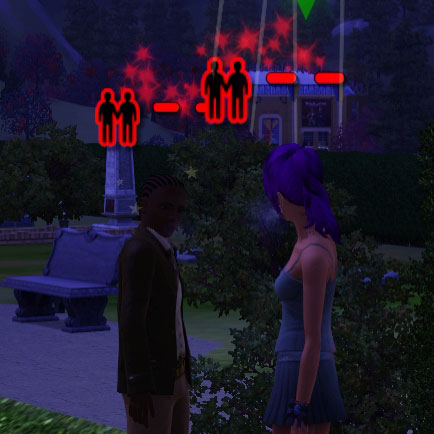 Not well. Not well at all.

I had earned about 7,000 of the 10,000 points you need for the Pet Hygeinator when I received some startling news: Kira’s birthday to Elder was approaching. Wait, that can’t be right! I thought I had more time! But no.

When the day arrived, I planned a birthday party with a heavy heart. Only one person was willing to come, and that was the maid, and she spent most of the day raking the yard. 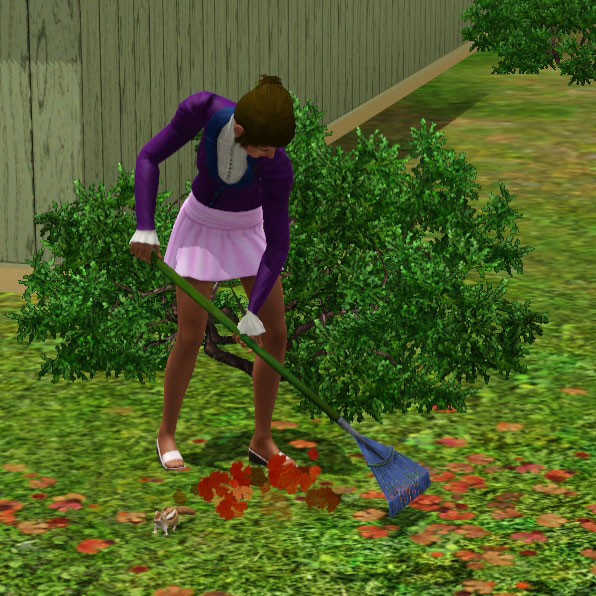 When Kira aged up, she looked as thrilled about it as I did. 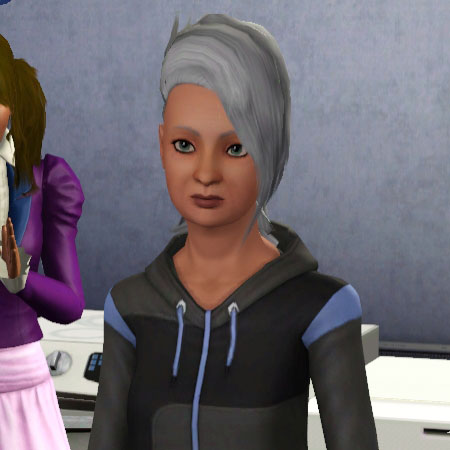 In fact, Baby seemed to be the only one enjoying himself. He jumped up on the counter and dove face-first into the birthday cake. He really went to town on that thing. (Life goals.) 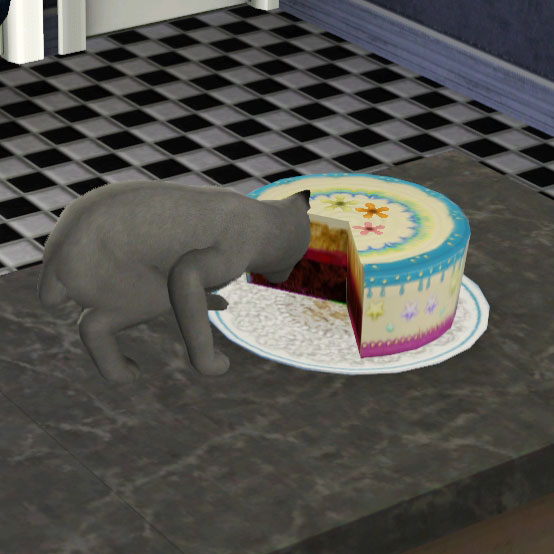 And now I find myself with the clock ticking, and a dilemma approaching: what next?

To tell you the truth, I’m thinking about abandoning the failed Crazy Cat Lady project and taking another shot at playing The Sims 4.