It didn’t take long before I got bored with the Sims 4 base game. The obvious answer was to throw more money at it, so I bought the Get to Work expansion pack. I started by building the world’s most dismal bookstore, with a full bathroom in the back so that Aurora would have no excuse to go home early. 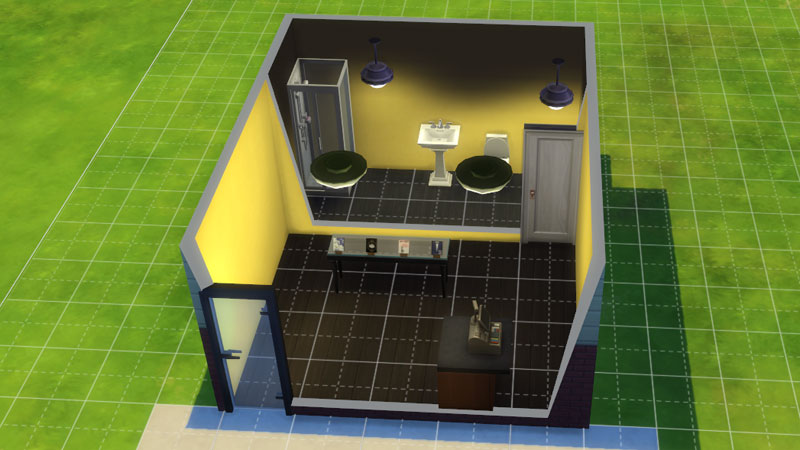 After building the bathroom, I could only afford bare walls and a single display table. On the table I placed the only items she had available to sell: four random books I found in her inventory. 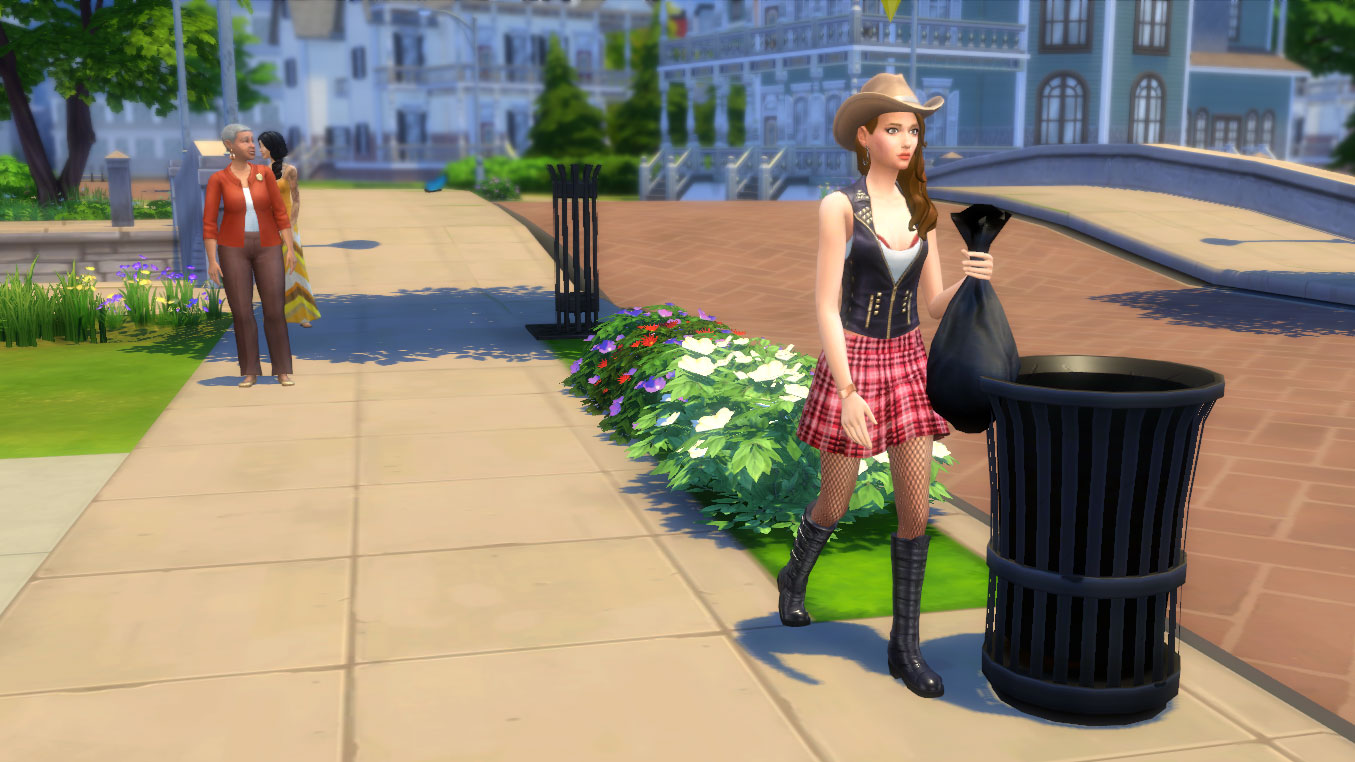 Aurora’s first day at the store started well. She voluntarily took out the trash, which is surprising given that she’s a slob.

Sidebar: Aurora often audibly farts in the store when customers are around. I feel bad for them. It’s a very small store, and the windows don’t open.

I hired an employee, then set her work uniform as “underwear only.” 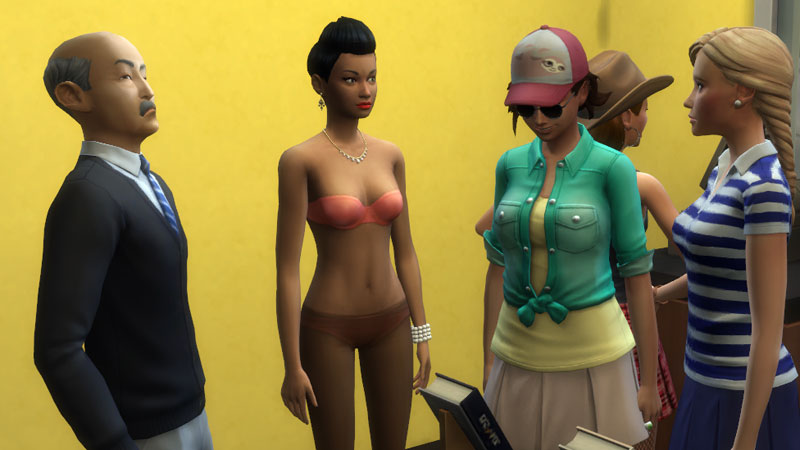 I had trouble juggling all the conversations with the customers. You have to talk to each one several times before they make a purchase. So I locked the door to the store and only let them leave after they bought a book. 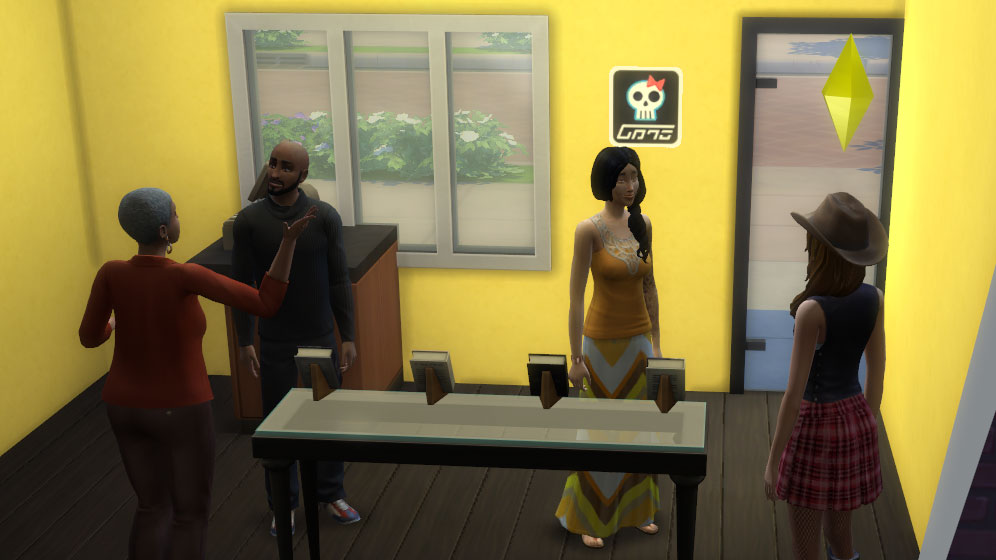 This proved to be a very effective sales strategy. Aurora sold her entire stock (of four books) on her first day of business.

Unfortunately, the store’s expenses are several hundred dollars a day, and she was only bringing in $1 per book per day for a total of $4 in gross sales. I transferred all of the rest of her household funds to the store’s account, but she only has enough money to keep the store open for one more day…