Omar returned from the dead as a ghost, so obviously I had to hit that.⠀ 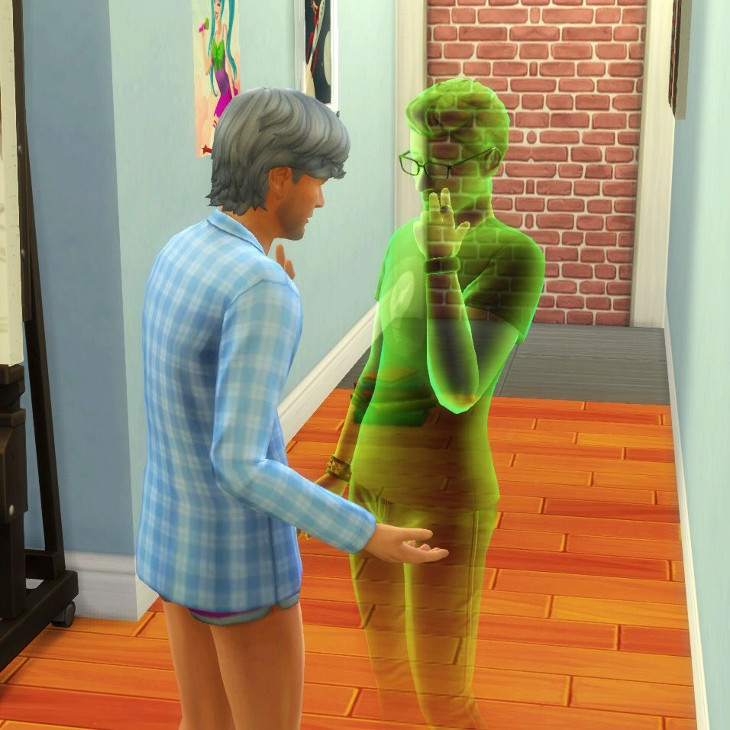 Despite all my attempts to train him, the butler remains stubbornly useless. Pictured here staring thoughtfully into space while standing in a literal pile of garbage. 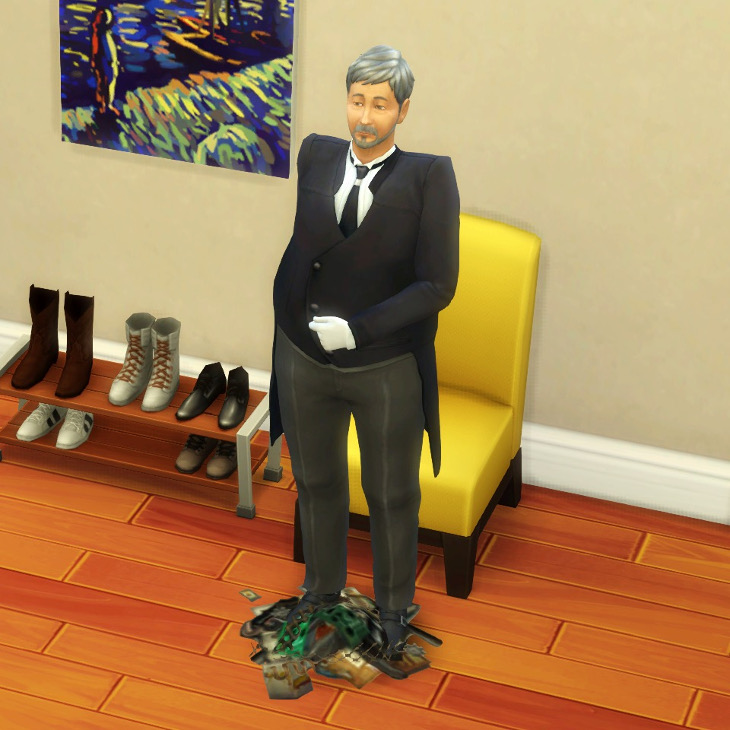 I started getting worried because the only adult in the house, Adam, is 98 years old. If he died, would the teenagers get taken away, and the Legacy challenge come to an early end?

To be on the safe side, I added a new Sim to the house. For fun, I went with a random one generated by the game.

Meet Bernard Spline. I’m not sure what I like best: his voluptuous hips, or his silver flip-flops. 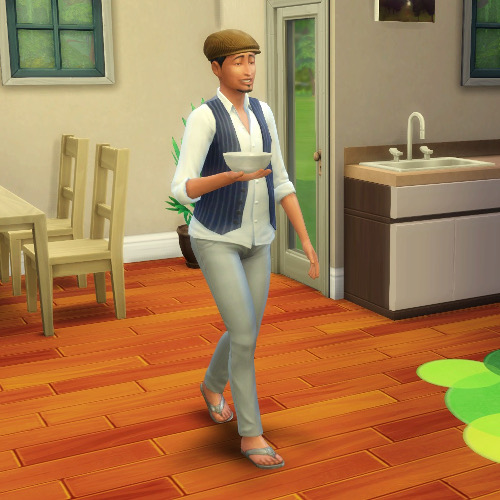 Beckett grew into a young adult so it’s time for him to get a career and find a spouse. I sent him to the neighborhood lounge to perform an impromptu comedy act. No one cared. 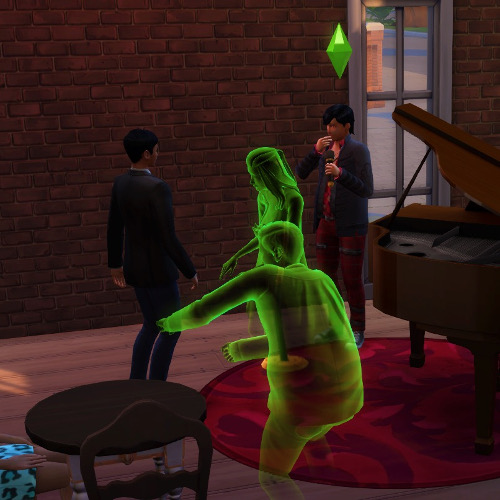