Beckett showed up to his best friend’s birthday party looking like every dudebro you’ve ever met. I believe this must be his formal backwards baseball cap. It goes so well with the camo cargo pants, don’t you think? 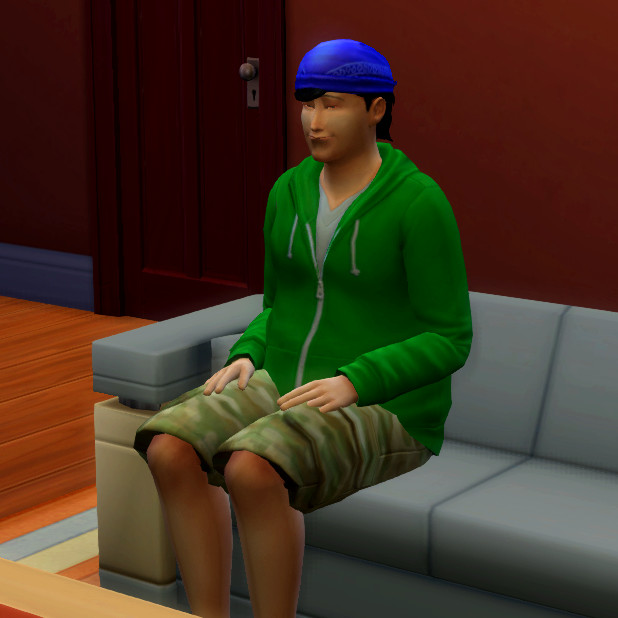 I was having trouble juggling his job and finding him a mate. Eventually I gave up and had him quit a job to prowl the clubs full-time. (As a comedian, shitty night clubs are his natural habitat.)

He quickly hit it off with a cute redhead named Baylee. It was a whirlwind romance, and within a few days he popped the question. I kind of wish it had been somewhere more romantic than his childhood bedroom, but whatever, it’s fine, let’s move on. 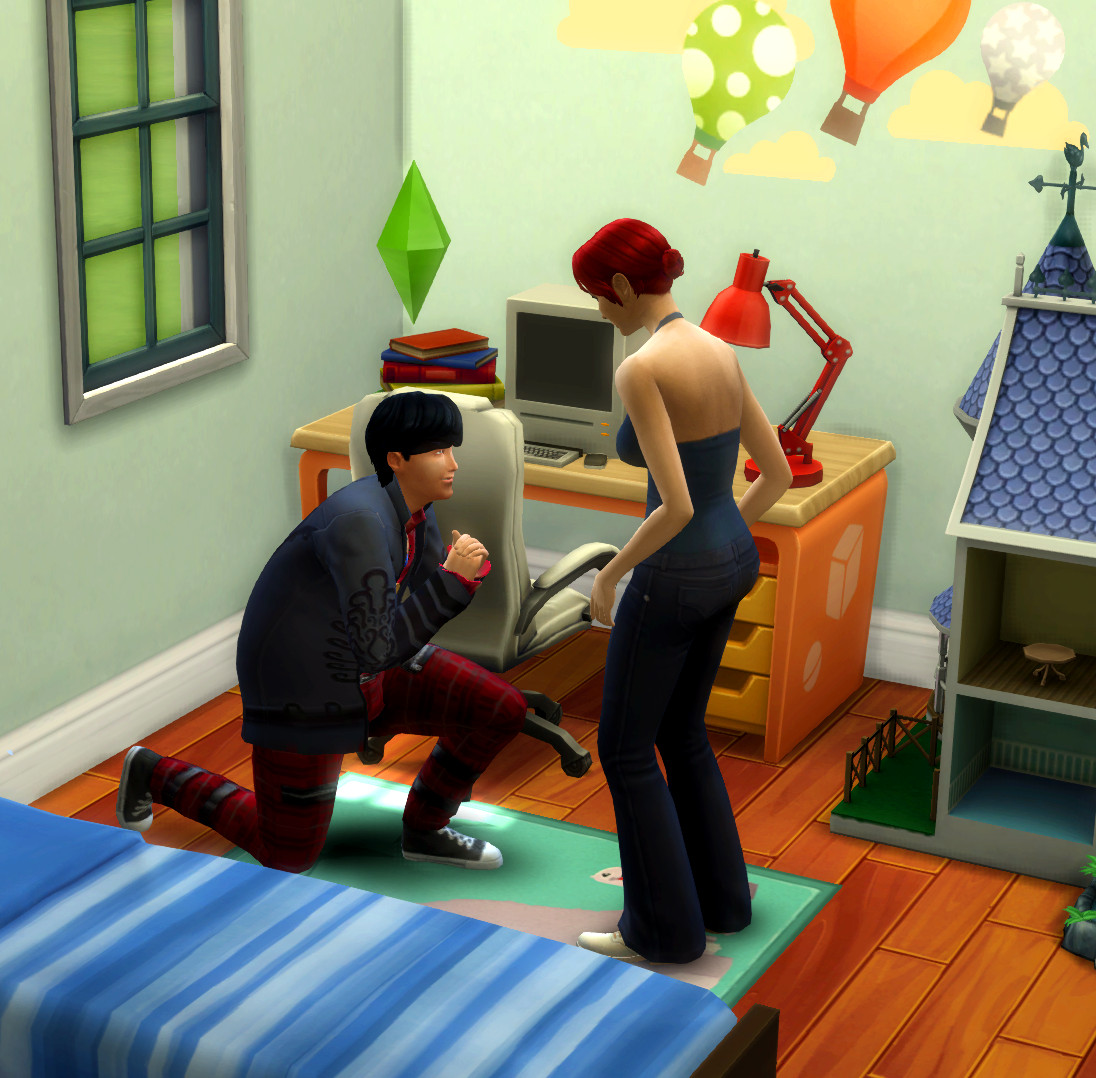 The wedding was a typically (for me) awkward affair. The groom had to use the bathroom, and kept doing the “pee pee dance” during the ceremony. 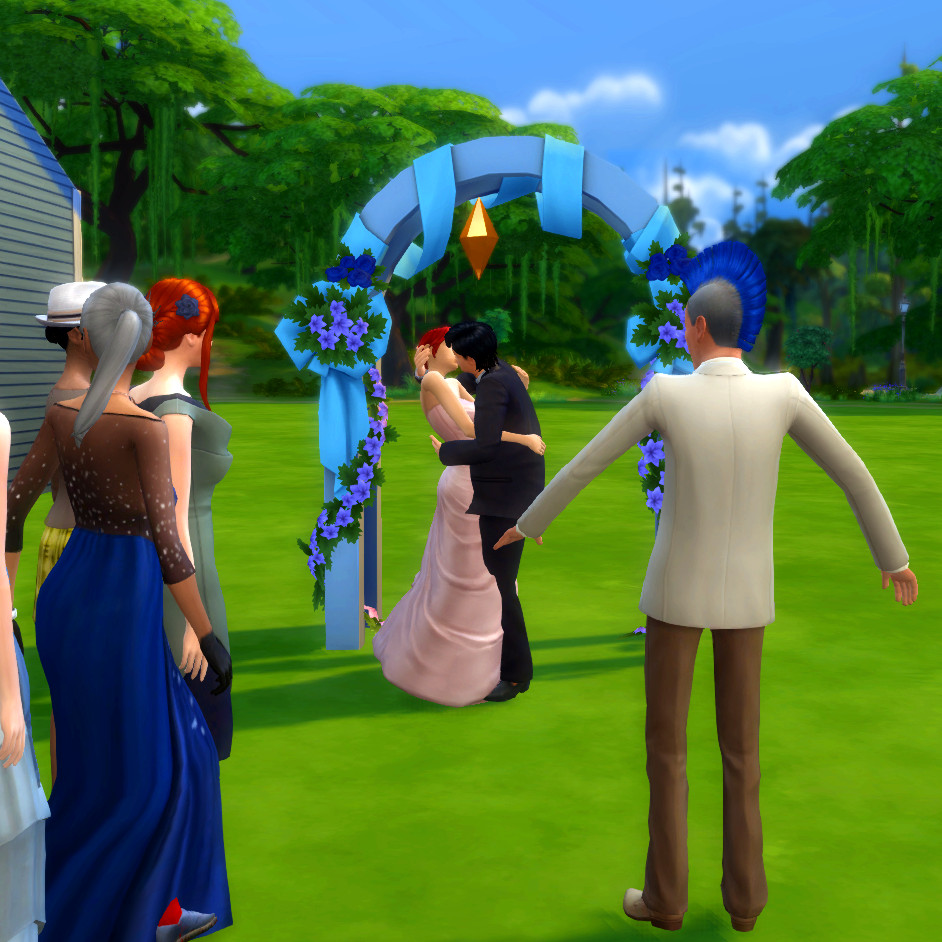 I have yet to get the wedding cake to work right in Sims 4. I need to look up how to do this properly. This one ended up plonked sadly on a desk. Also someone had already eaten a slice before it was deployed. Needless to say, the newlywed couple was not able to share their first slice. Maybe next wedding I’ll get it right. 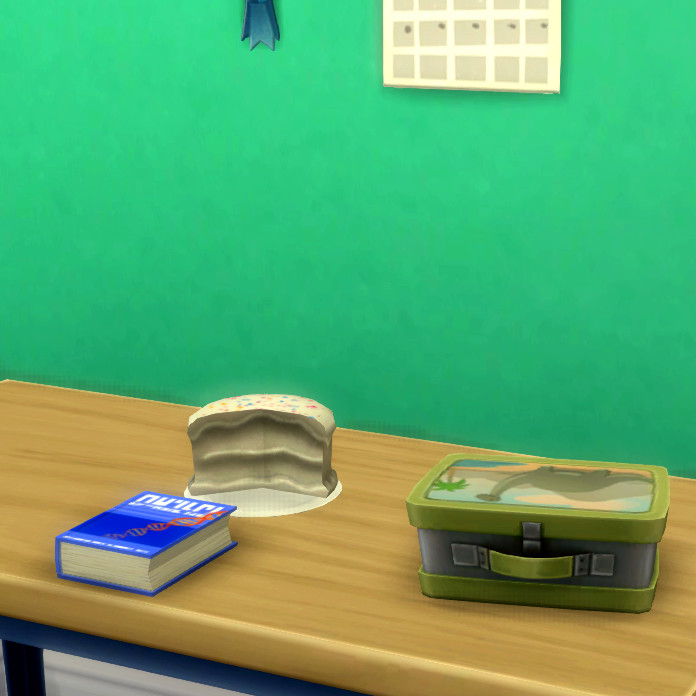 Before long, Baylee was barfing and thinking about babies! 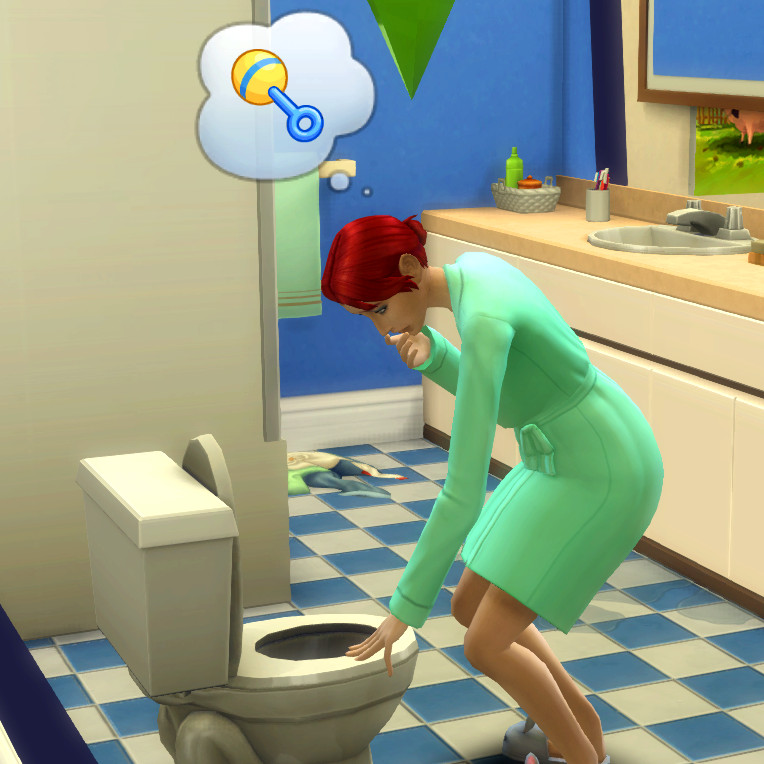