Beckett is a sullen, pudgy teen with a Lifetime Ambition to be the world’s greatest comedian. Well, kid, you’re never going to get anywhere unless you start working, so let’s get cracking!

I sent him to the computer to work on his first comedy routine, which the game named “Cats, Cats, Cats!”

Doesn’t he just look like the worst kind of self-satisfied little shit? 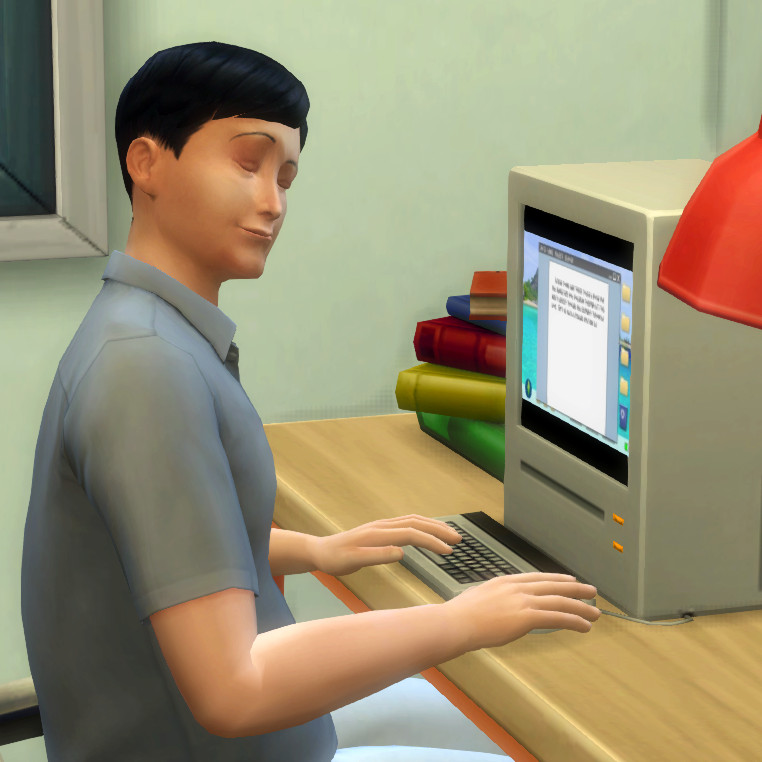 I spent some time choosing an outfit for him. I wanted something that said “Ask Me About My Edgy Stand-Up Comedy Act.” 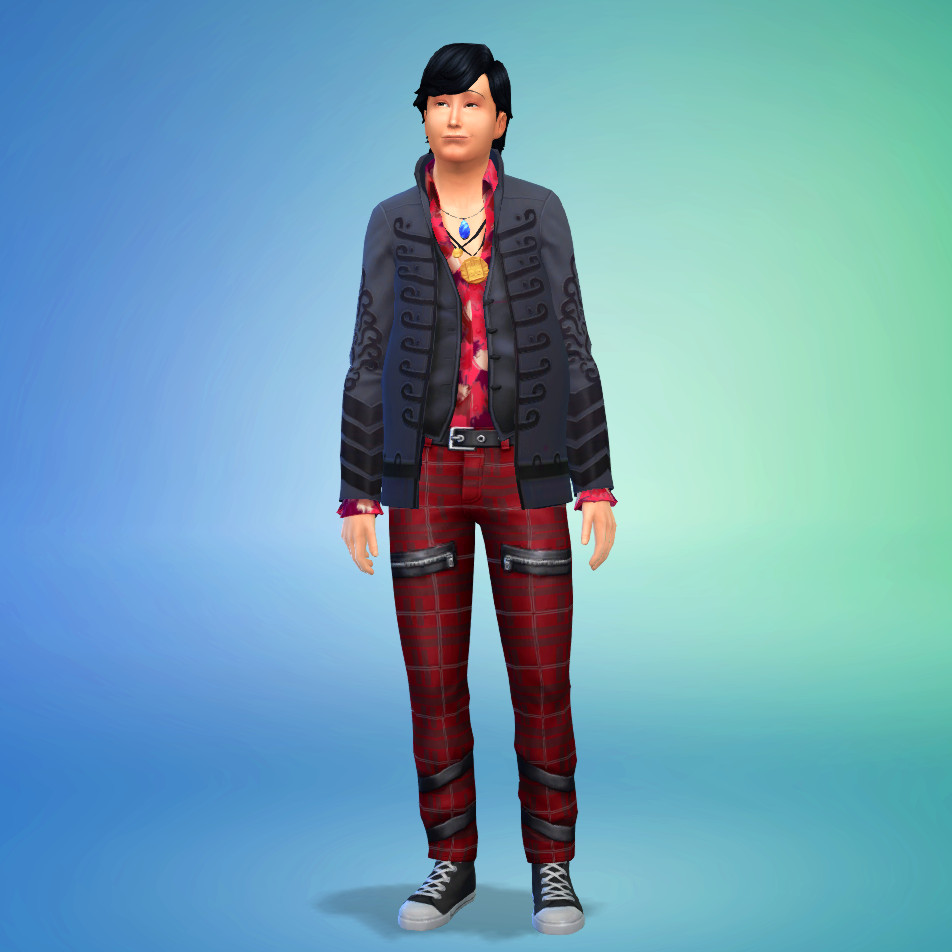 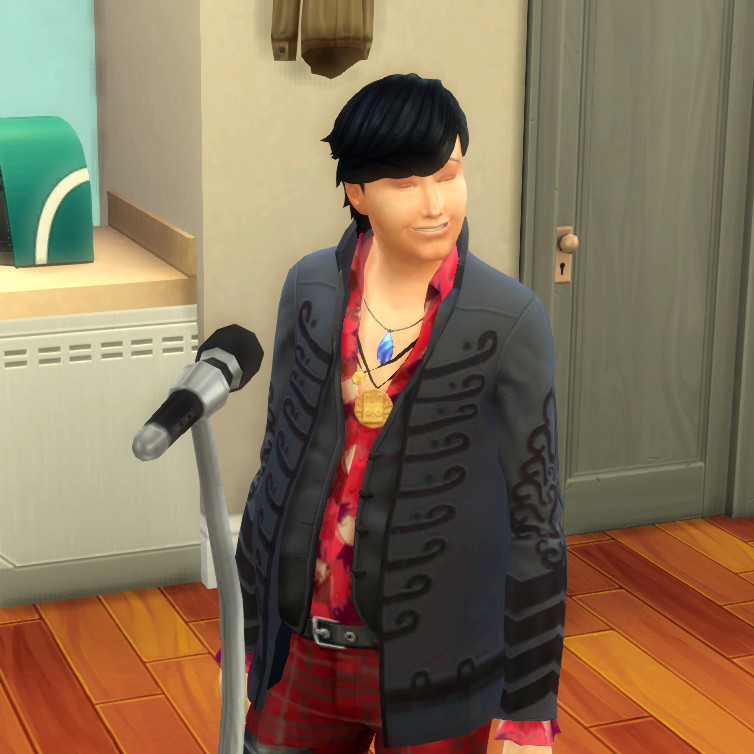