Mama killed a neighbor to celebrate! 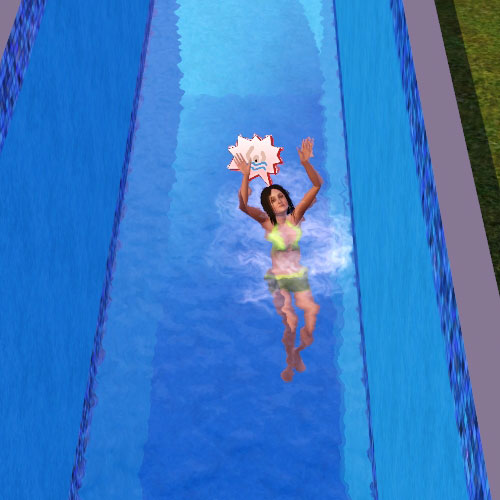 Actually I’ve pretty much given up the murdering gig. The answer is yes, the game moves more families into town to fill the void. And after a certain point, Pearl had killed everyone she knew. This was one of her last remaining acquaintances.

Sure I could have her go around introducing herself to everyone again. But that sounds boring.

One of Mort’s first acts as a teen was to scrub the kitchen counter. 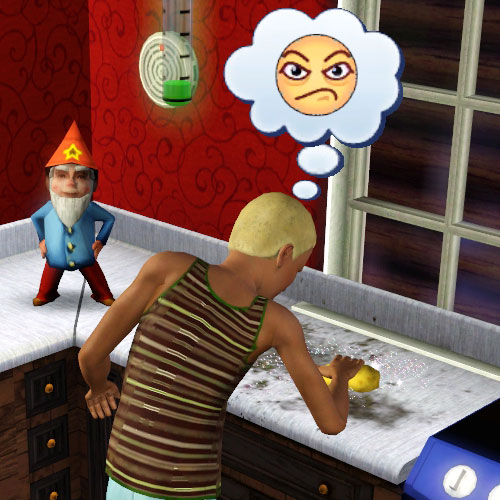 Then he congratulated his mother on her fine taste in herringbone suit jackets, now that she is an Elder. 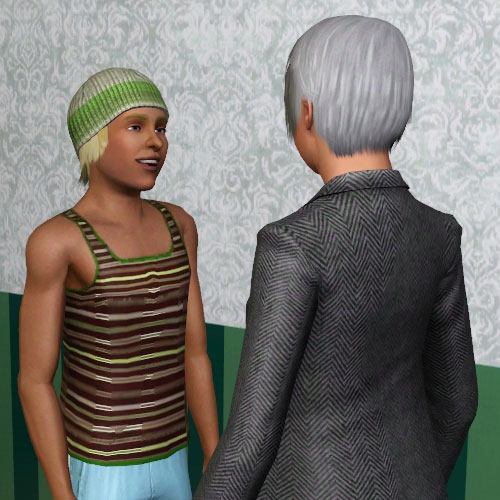 I definitely get a surfer vibe off Mort. Maybe I’ll have him redecorate the house in a ridiculously awful 1960s California/Tiki aesthetic!