#4 finally had to take a shower, so he changed out of his towel. I took the opportunity to change him out of his motorcycle jacket. Honestly, I thought it was a little bit too much, when paired with the Utilikilt. 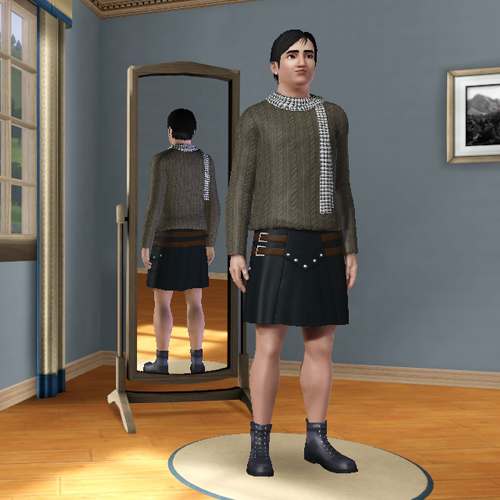 I’m itching to give one of my male Sims a full dose of make-up. I thought about giving #4 the beauty treatment, because he’s the prettiest. (They are all clones, but #4 is the prettiest. No, it doesn’t make any sense.) But same deal – a little bit too much. He’s the Utilikilt Sim. That’s his thing!

(Speaking of which, I spotted six Utilikilts at the Emerald City Comicon last weekend. It made me realize that I should have made myself a plumbob and gone to the con as a Sim!) 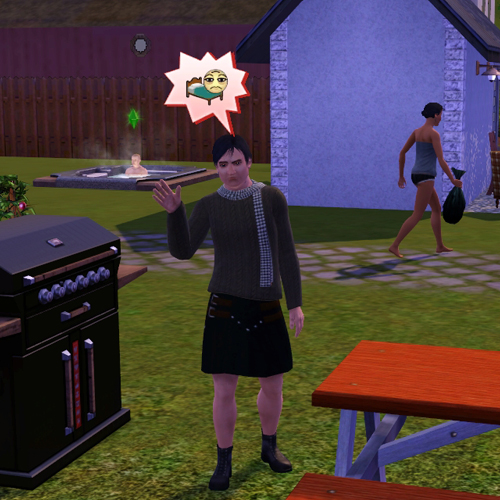 #4 is hungry, and apparently helpless to do anything about it. #3 is skinny dipping in the hot tub behind him. And Aubergine is working her butt off just trying to keep the lot clean. All of the Tylers have the same set of characteristics, which includes “Slob.” Let me tell you something, five Slobs in one house is not a pretty sight. 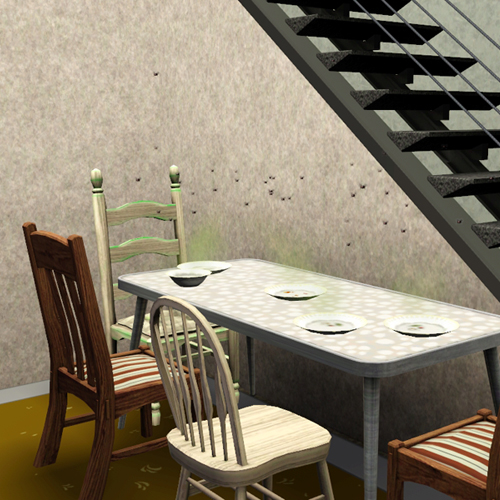 Even though Hera has eight Death Flowers in her inventory, I thought it would be fun to give her a bit of Ambrosia, too. You can see the neat rainbow sparkle steam it gives off. 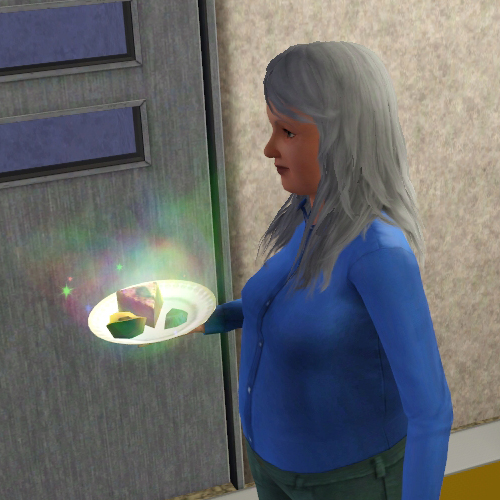 When you eat it, you get a big glowy sparkly effect, which I mostly missed with the screenshot. 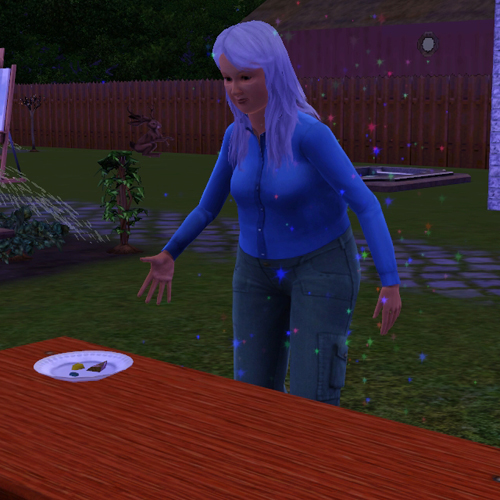 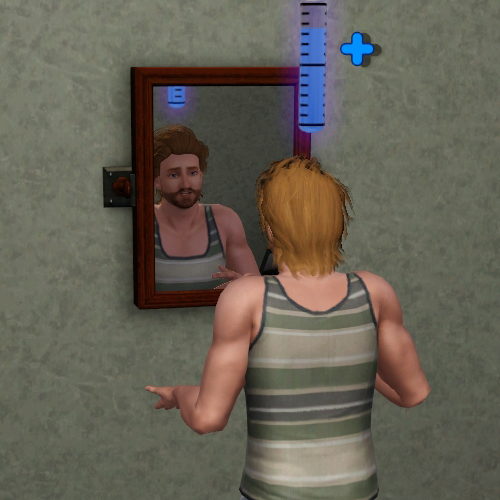 #3 is practicing his Charisma for his career as a teacher. He seems to be practicing what to say if he gets caught skinny dipping again!