Henry followed Mort into the Great Sim Beyond, and only Rusty and Carissa were left. Maybe that explains what eventually happened. 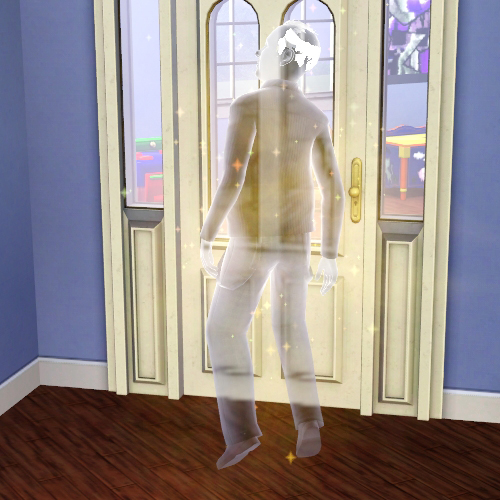 After Henry died, Rusty threw himself into his guitar practice. He played at the beach behind their house. 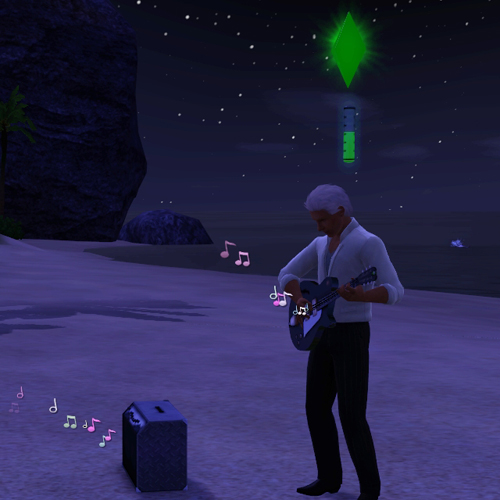 He played for an empty park. 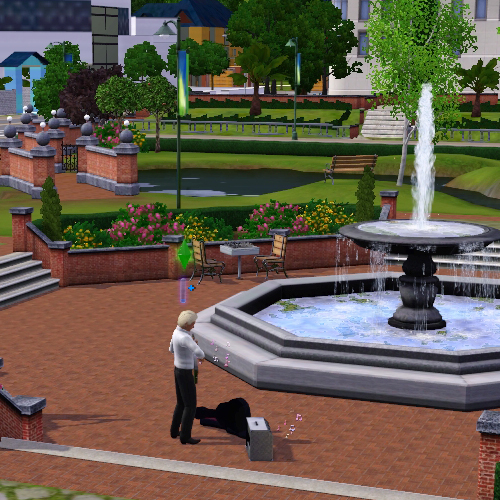 Maybe it was all that solitude. Maybe it’s another case where “We covet what we see every day.” Or maybe it’s just that the heart wants what it wants. Whatever the reason, when Rusty returned home that night, Carissa rushed outside to meet him, and immediately threw a “Flirt” at him. And he flirted right back. 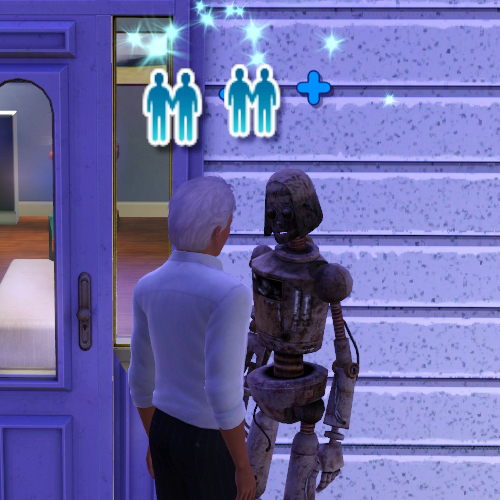 I literally sat there speechless, making this face: :-O 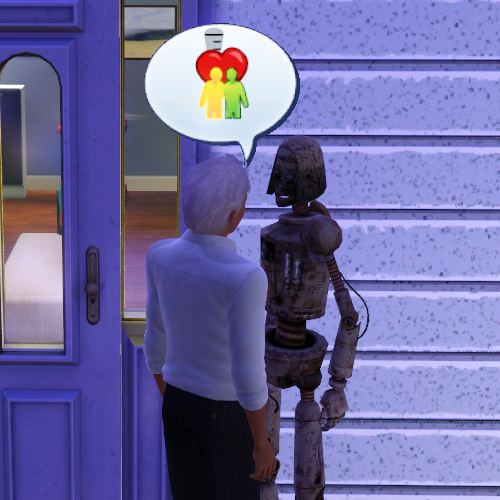 Suddenly both of them had the romantic cascade of wishes. Like, BAD. Within minutes, Carissa wanted to “Woo Hoo with Rusty.” For his part, Rusty wanted to “Kiss Carissa” and “Propose Marriage.” 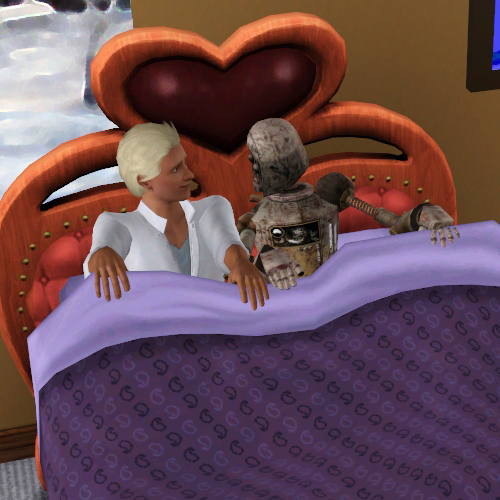 I DON’T EVEN WANT TO KNOW HOW THIS WORKS. With the cold metal, and the flaking rust, and the terrible clanking noises. Not to mention the fact that he and Carissa share the same last name, and that she literally changed his diapers when he was a baby!