I think of Phase 1 of my Sims’ adult lives as “the career phase.” That’s when I make them spend every waking minute working on their career skills, climbing that ladder, and waking up early in time to make breakfast so they aren’t cranky at work. 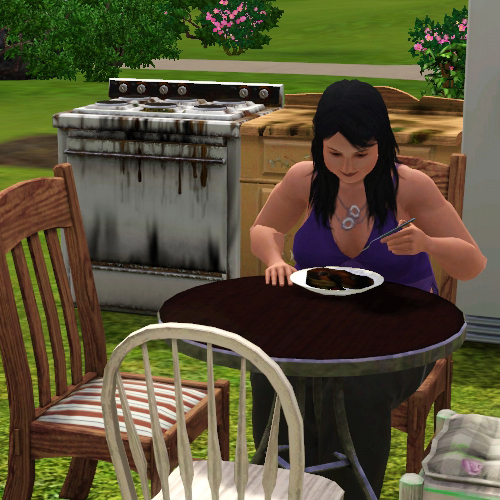 Obviously, some breakfasts do better at that than others.

Anyway, our little Hera was growing up fast. She was doing well at work, and was approaching her birthday to “Mature Adult.” So I decided it was time to switch to “the babymaking phase. ”

I reached first for the Sim closest to her. She knows this fellow from work. I had her invite him over, and ask if he was single. 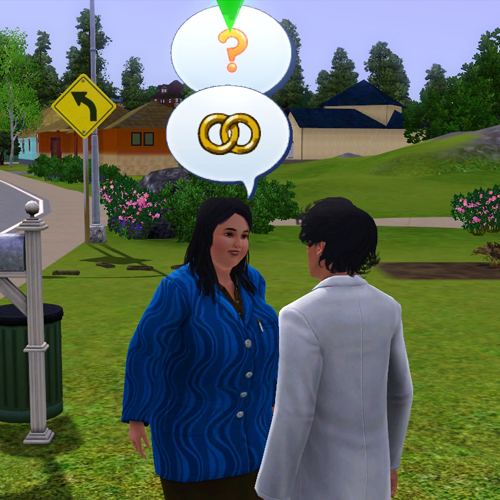 Not only was he spoken for, but he’s gay. Which made it doubly inappropriate when Hera – all on her own – put the moves on him. 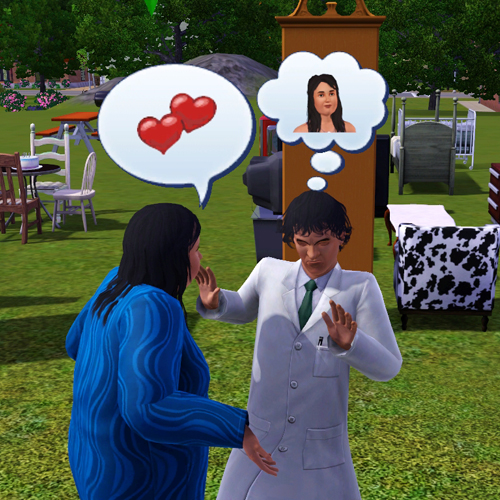 I’m just saying, if you ask a guy if he’s in a relationship, and he says “Yes, I am engaged to another man,” your best move is probably not to follow up by propositioning him.

Luckily she stopped flirting with him, and he quickly forgave her. 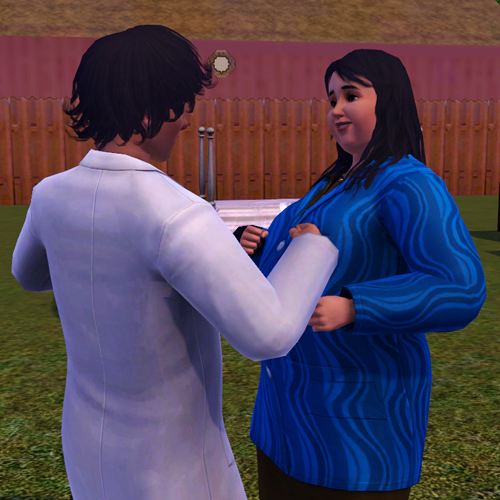