Parker’s day began inauspiciously. He still has not mastered the art of the waffle. 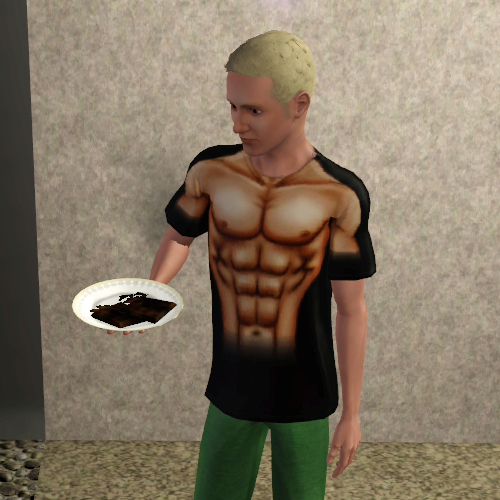 Then he changed into his cowboy duds to meet a woman at the library. He had scored an opportunity to earn celebrity points if he brought her some of his fresh-caught fish. 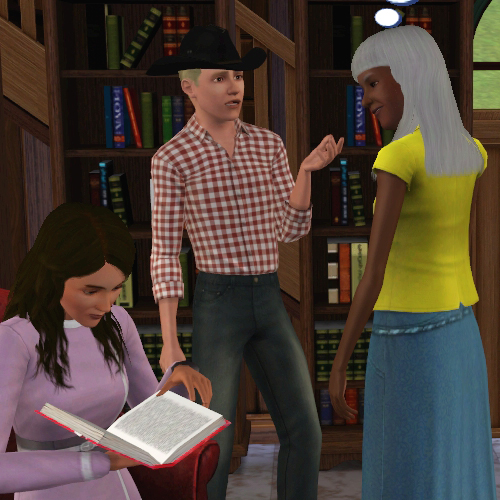 As soon as they finished their transaction, he noticed the beautiful woman in the lavender dress. 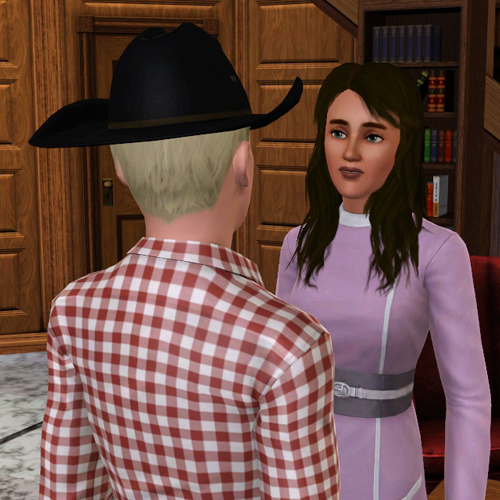 January Rossi’s eyebrows could use a little tweezing, but she’s definitely a lot prettier than most of the townies (NPCs) you meet in the game. 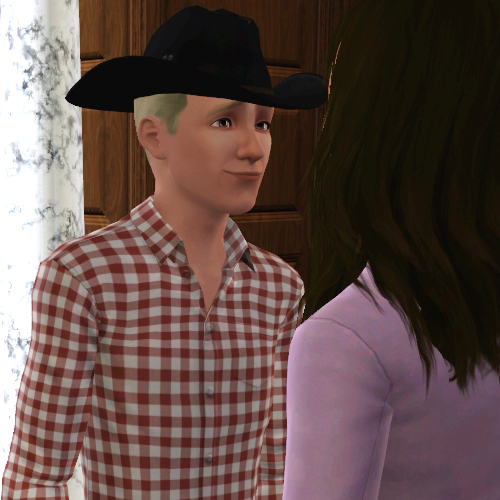 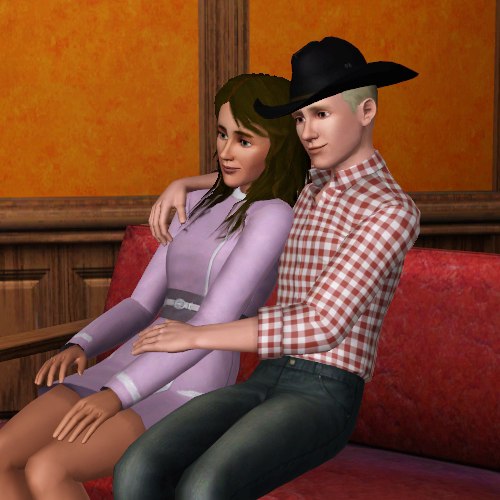 January was pretty fond of him, too. They even got to the point of cuddling on the couch at the library before she had to leave. Spicy!